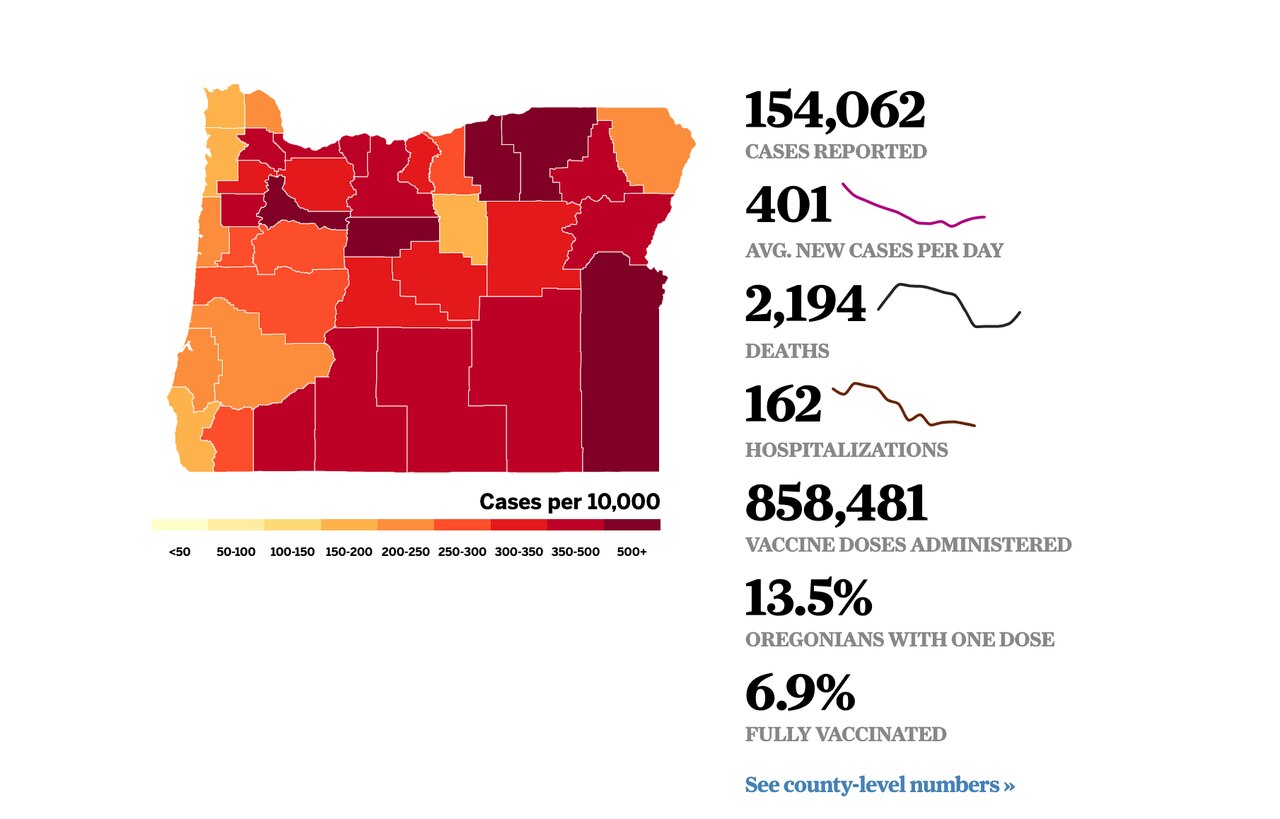 The agency also reported 32 new deaths. The new data was announced as two restaurants on the Oregon coast were fined for deliberately exposing their workers to the virus, as well as other violations of COVID-19.

A state investigation found that The Little Brown Hen, a cafe in Florence, had been operating indoors since at least December 26, even though it was in an “extremely risky”

; county at the time. Several protesters, including one with a gun, threatened inspectors at the door on January 4th and followed them to their cars, state news said on Tuesday. The restaurant was fined $ 17,800.

The state also announced Wednesday that it has fined the Firehouse restaurant for such behavior, putting its employees at risk despite a temporary ban on indoor eating in Lane County. Inspectors also found that some residents encouraged people to threaten or harm law enforcement officers if they inspected the restaurant, according to a news release from the Oregon Health and Safety Administration. The restaurant was fined $ 18,150.

Who died: The state health authority did not immediately provide details of the deaths reported on Wednesday. The agency said details would be provided “later”, but declined to say when.

Spread of infections: The state reported 417 new positive tests out of 15,528 new tests performed on Wednesday. This is a 2.6% degree of positivity.

Who is in the hospital: The state said 162 Oregonians are currently hospitalized with COVID-19, three fewer than Tuesday. There were 46 patients with coronavirus in the intensive care unit, two more than the previous day.