Could A Swap Of Clint Frazier For Zack Wheeler Make Sense? 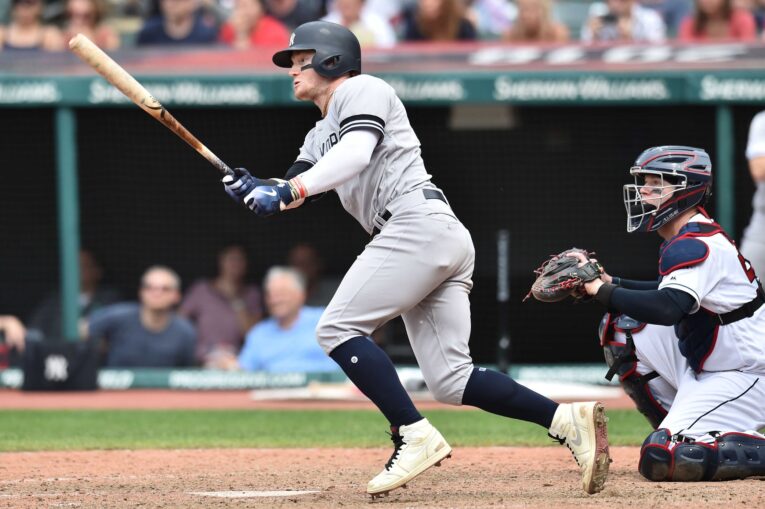 With the New York Mets acquiring All-Star Marcus Stroman from Toronto, trade week has officially kicked into gear. One burning question: who will the Yankees add to bolster their uninspiring rotation? Another: which if any of the Mets starting five are about to be shipped out of town? As far as that question goes, Jacob deGrom is in Queens for the long haul and Steven Matz appears safe (as does Stroman), but Noah Syndergaard and Zack Wheeler are two of the most discussed players on the hot stove.

The thing is, there simply isn't a compelling reason to trade Syndergaard — making just $ 6 million this season with two more years of arbitration —Unless some team makes a crazy offer like Minnesota sending Royce Lewis and Alex Kirilloff to Queens (which is NOT happening). Sporting an unlucky 4.33 ERA in 201

9, the soon-to-be 27-year-old's value is not particularly high right now… yet he is on pace to reach 200 innings for the first time while throwing as hard as ever can see winning a Cy Young in the next three seasons. Were Thor to do so with the New York Yankees next year, that would be an utter disaster for the Mets from both a baseball and publicity standpoint.

On the other hand, Zack Wheeler will be a free agent in three months, there is no risk of him excelling on a below-market contract for years to come. Of course, the Mets could even trade him away now and sign him back this winter, as they were done with Jay Bruce and Jeurys Familia . Wheeler averages 97 mph on his fastball to Syndergaard's 98, but he tops out just as high having hit 101 this season. His 80 mph curveball is vicious, his changeup plays well against lefties, and despite mixed results in 2019, his 92 (ninety-two!) Mph slider is a plus plus pitch. Most impressive is the way Wheeler delivers these pitches: he strides long and languidly as if he's just gonna loft a cookie in… and before you know it 99 mph flies by you for strike 3.

Since the beginning of 2018, Wheeler has thrown 306 innings, striking out 316 batters to post a 3.87 ERA and 1.18 WHIP despite bad Mets defense behind him. Here are the current 2019 ERAs for Yankees pitchers… Masahiro Tanaka : 4.79, Domingo German : 4.08, J.A. Happ : 5.23, CC Sabathia : 4.78, James Paxton : 4.72. Those last 3 all have WHIPs over 1.33. And the Yankee with stuff most comparable to Wheeler's— Luis Severino —said last week that hopes to make it back from his torn lat in September as a reliever . Expecting Severino to build a back-up to a starter's workload in October is extremely optimistic, but not to hope to pin the entire season on.

With Wheeler, Paxton, and the German Yankees would have three starters with explosive stuff — and unlike the other two, Wheeler has the ability to consistently go deep into games. He's thrown over 100 pitches 14 times in 2019, while Paxton has done so seven times and the uber-talented German just once. I know the Yankees bullpen are ungodly, but if Wheeler gives them 7 innings in the NLCS or World Series, that allows Aaron Boone to pull a struggling starter early the next game instead of leaving him in like he did in Boston this past weekend… when Tanaka allowed 12 earned runs over 3.1 innings Thursday, Paxton seven earned over four Friday, and Sabathia five earned over 4.1 Saturday — all resulting in Yankees losses.

So Wheeler is just the piece the Yankees need, but what are they giving up in Clint Frazier ? The fiery 24-year-old outfielder was drafted # 5 overall out of high school in 2013 and appeared in the top-50 and top-25 prospects lists for years. Although listed at 6'1 ", he has said really 5'10", and Alex Bregman looks to his physique: short but built, with strong wrists and forearms. His average exit velocity in the Bigs since 2017 has been a solid 88 to 89 mph, but his standout ability is his bat speed. You need only see a few swings to appreciate how quickly he fires the barrel to the ball.

Frazier can get too pull happy, but the two homers above show his bona fide pop to dead center. He had decent numbers in the minors while striking out a lot, but only went 25 times to 115 Kicks in 107 MLB games (2017-19). That said, Frazier was busting out in the Bronx this year with a .283 AVG, 11 home runs, and an .843 OPS over 53 games before falling victim to a roster crunch: he was sent down in mid-June so that Stanton could return for a grand total of six games before hitting the IL again.

Even though Stanton and now Brett Gardner (knee inflammation) are both on the IL, the Yankees don't want to call Clint up just to send him back down in a week or two, so Mike Tauchman and Cameron Maybin are playing outfield while Frazier finds himself back with the Scranton / Wilkes-Barre RailRiders for the fourth consecutive year. He first reached Triple-A in 2016, when he was just 21 years old, and has now played 183 career games at that level, posting a .963 OPS there last season. There is simply no good reason for Frazier, who turns 25 in September, to be in Scranton, Pennsylvania right now instead of facing big league pitching and developing his craft.

For Mets GM Brodie Van Wagenen, this move should be a no -Brainer, as the Mets would have Frazier for four years beyond 2019, teaming him up with Michael Conforto and injured-but-excellent Brandon Nimmo for a great young outfield. None of them is a true center fielder, but this deal would mean that Dominic Smith and J.D. Davis are not miscast as outfield regulars (the Mets will probably trade Todd Frazier this week, opening up everyday playing time there for All-Star utility man Jeff McNeil ).

And if the Yankees only offer middling prospects for Wheeler? Van Wagenen can always hang onto Wheeler, hope the Mets make an unlikely Wild Card run, and then either re-sign Zack in the offseason or get draft pick compensation (after extending a 1 year, $ 18 million-ish qualifying offer) if he signs

For the Yankees, the calculus is more difficult, but the fact is they are simply not prioritized developing Frazier as a core player. I have argued the Yanks should have just signed J.D. Martinez for around $ 100 million prior to 2018 instead of taking on $ 265 (!!!) million of Giancarlo money and giving Frazier a genuine chance of winning an everyday spot in the lineup. So for me, I wouldn't have stuck in Triple-A right now and I'd be offering younger prospects to land Wheeler… given GM Brian Cashman's decoration-making, though, Frazier for Wheeler is the move to make before Wednesday's 4 pm ET deadline.

This article is a trade deadline special courtesy of ProspectsLive.com

“He promised me this battle”