Country star Dierks Bentley is cited for fishing without a license 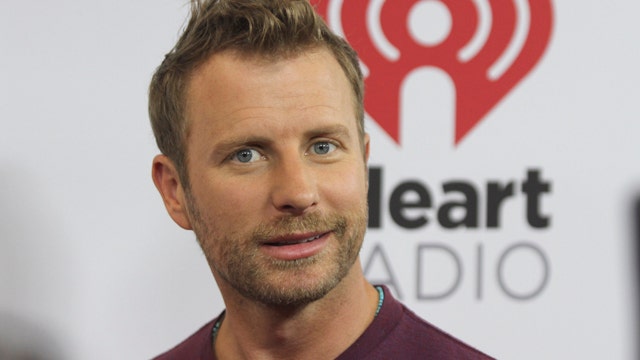 An embarrassed country music star Dierks Bentley tweeted a video on Labor Day showing the singer getting cited by a Colorado Parks and Wildlife officer for fishing without a license.

"Hey Luke, those fish we caught in Cottonwood Creek this week here in Buena Vista, we should probably get a fishing license next time because I just got pulled over, "Bentley said in a Twitter video that tagged fellow country music superstars Luke Bryan and Hardy.

Bentley, who was in Colorado and headlined Sunday's Seven Peaks Festival, had a picture on Instagram with a fish and a message directed toward Bryan boasting he had caught more fish than him.

"@ lukebryan only caught one and this is my third in 30 mins," Bentley wrote, with the Instagram post garnering attention from Colarado Parks and Wildlife.

"You're next , "Ben tley warned Bryan jokingly before the officer writing the ticket on the Twitter video said, "Hi, Luke."

The "Drunk On A Plane" singer seemed to enjoy being ticketed noting in his tweet that he appreciated being treated like a "regular person" and pledging to get a license next time.

Colorado Parks and Wildife responded to Bentley's video by name-dropping one of his hit songs:" What Was I Thinkin '. "