COVID-May 19 “Hide” in the brain and cause relapses, says the study 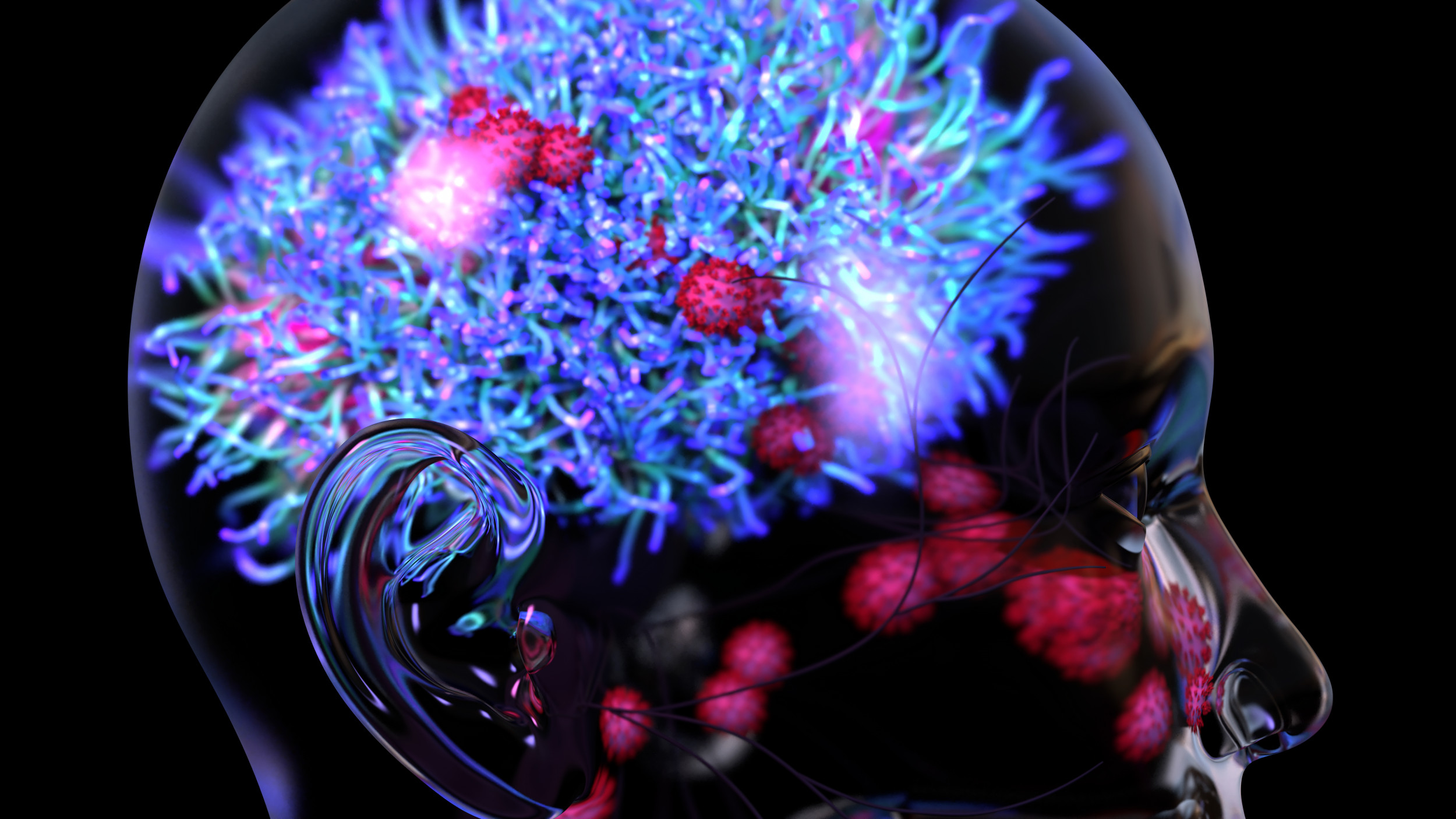 A new study suggests that the coronavirus that causes COVID-19 may hide in the brains of those infected and cause relapses in patients who appear to be recovering.

In a study published Tuesday by the magazine Viruses, researchers at Georgia State University found that mice infected with the virus through their nasal passages developed severe disease due to a brain infection even after the virus left their lungs. Lead researcher and co-author of the study, Mukesh Kumar, suggests that the findings may explain why human patients who appear to have almost recovered from the disease sometimes relapse quickly and die.

“The brain is one of the regions where the virus likes to hide,” Kumar said in a press release. “That̵

7;s why we see a serious illness and all these many symptoms like heart disease, stroke and all these long carriers with loss of smell, loss of taste … It’s all about the brain, not the lungs. “

The study found that the virus was found in the brains of mice at a level 1000 times higher than any other part of the body. While the levels of the virus located in the lungs began to decline after three days of infection, the virus remained at high levels in the brain on the fifth and sixth day, when the course of the disease became more severe.

“Our thinking that this is more of a respiratory disease is not necessarily true,” Kumar said. “Once you infect the brain, it can affect everything because the brain controls your lungs, your heart and everything. The brain is a very sensitive organ. It is the central processor for everything.”

In addition to COVID-19, Kumar suggests that the coronavirus reaching the brain may leave patients susceptible to other serious health problems in the future, including neurological diseases such as Parkinson’s disease and multiple sclerosis, along with general cognitive decline and autoimmune diseases.

“It’s scary,” he said. “A lot of people think they got COVID and recovered and now they’re out of the woods. Now I feel like that’s never going to be true. Maybe you’ll never get out of the woods.”

Neurological symptoms are known to be relatively common in people with COVID-19. However, although numerous studies suggest that the brain is susceptible to infection with the virus, research has not provided convincing evidence to support the notion that the virus infects and concentrates in the human brain. Neurological symptoms may be caused by an immune response rather than a direct brain infection.

A blog post written by the director of the National Institutes of Health, Dr. Francis Collins, details a recent study by the National Institute of Neurological Disorders and Stroke that found brain damage in tissue samples from 19 people who died from COVID-19. , but there is no evidence that the virus has infected the brain tissue itself.

“The findings are particularly intriguing because there are some assumptions based on studies in mice that SARS-CoV-2 may cross the blood-brain barrier and invade the brain,” Collins wrote, noting that another study published in Journal of Experimental Medicine, found evidence of the virus in the brains of three people who died from complications of COVID-19.

“It is clear that more research is needed, ” Add Collins. “As we learn more about the many ways in which COVID-19 causes chaos in the body, understanding neurological symptoms will be crucial to helping people. “

Coronavirus outbreaks in gyms monitored by the CDC, which warns that masks, ventilation should be improved