Culture of Secrecy Shields Hospitals With Outbreaks of Drug-Resistant Infections 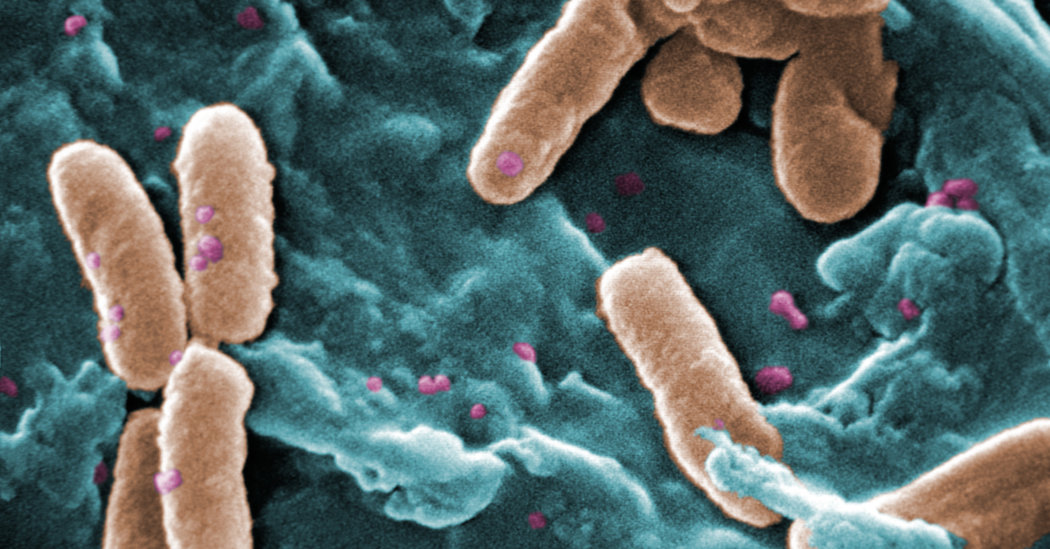 In January, the Centers for Disease Control and Prevention sent an urgent public alert about a deadly bacteria, resistant to virtually every known antibiotic, that sickened more than a dozen Americans who had elective surgery at Grand View Hospital in Tijuana, Mexico

But when similar outbreaks take place at the American soil, the CDC makes no such public announcement. That is because under its agreement with the states, the C.D.C.

The rise of a deadly drug-resistant fungus called Candida auris, a focus of a New York Times report last weekend, has raised fresh questions about [ Like the Science Times on Facebook | ]

] "They might not get up and go to another hospital, but patients and their families have the right to know when they are at a hospital where an outbreak is occurring," said Lisa McGiffert of the Patient Safety Action Network. "

Kevin Kavanagh, board chairman of the advocacy group Health Watch USA, contrasted CDC's handling of infections in Tijuana with a 2016 outbreak of a different drug-resistant pathogen, known as carbapenem-resistant Enterobacteriaceae, or CRE, at a rural hospital in Kentucky. It was not until early 2018 that the C.D.C. published and reported on that outbreak – and even then, the agency did not name the hospital where it occurred.

CRE sometimes kills up to half of the infected people. No deaths were reported in the Kentucky outbreak, but at least two dozen patients at the hospital were colonized with the bug, meaning they were not sick but could have spread it to others

The CDC declined to comment, but in the past officials have said their approach to confidentiality is necessary to encourage the cooperation of hospitals and nursing homes, which might otherwise seek to conceal infectious outbreaks.

Those pushing for increased transparency say they are up against powerful medical institutions eager to protect their reputations, as well as state health officials who also shield hospitals from public scrutiny.

In California, State Senator Jerry Hill, a Democrat and longtime advocate of tougher restrictions on antibiotic use, found himself stymied in his effort to improve industry's reporting of drug-resistant infections. A bill introduced in the State Legislature would require hospitals to regularly disclose resistant infections and deaths. In 2017 the Senate passed the bill, 40 to 0, but it had powerful opponents, including the California Hospital Association, the Infectious Disease Association of California and the State Department of Health. The bill then moved to the Assembly, where last year it was stalled for lack of support.

Federal legislation that seeks to combat antibiotic resistance through stronger surveillance and better data collection has also stalled. The bill, introduced by Senator Sherrod Brown, Democrat of Ohio, has yet to emerge from a Senate health committee. "We've ignored this looming crisis by doing nothing," Senator Brown said.

Hospital administrators and public health officials say the emphasis on greater transparency is misguided. Dr. Tina Tan, the top epidemiologist at the New Jersey Department of Health, said that alerting the public to hospitals where cases of Candida auris were reported would not be useful because most people were at low risk for exposure and public disclosure could scare people away "19659014] Nancy Foster, vice president of quality and patient safety at the American Hospital Association, agreed, saying publicly that it would pose greater health risks than that of the body itself. identifying health care facilities as the source of an infectious outbreak was an imperfect science.

"That's a lot of information to throw at people," she said, "and many hospitals are big places so if an outbreak occurs in a small unit, a patient coming to an ambulatory surgical center may not be at risk."

Still, hospitals and local health officials sometimes hide outbreaks even when disclosure could save lives. Between 2012 and 2014, more than three dozen people at a Seattle hospital were infected with a drug-resistant organism they got from a contaminated medical scope. Eighteen of them died, but the hospital, Virginia Mason Medical Center, did not disclose the outbreak, saying at the time that it did not see the need to do so.

Art Caplan, a bioethicist at the NYU School of Medicine, said the issue of full disclosure can be tricky, especially when large hospitals see large numbers of seriously ill patients compared to smaller institutions. "If you're a hospital of last resort, you're going to see repeat clients with tough infections, many of them drug resistant," he said.

Still, he thought there was a greater value in promoting transparency. Public awareness of the lives of drug-resistant infections, he said, could pressure hospitals to change the way they deal with infection control.

"Who's talking about the baby who got the flu from a hospital worker or for the patient who got MRSA from a bedrail?" He asked, referring to a potentially deadly bacterial infection. "The idea is not to embarrass or humiliate anyone, but if we do not draw more attention to infectious disease outbreaks, nothing is going to change."