Cuomo's Interview with Giuliani Scars in a Screaming Match 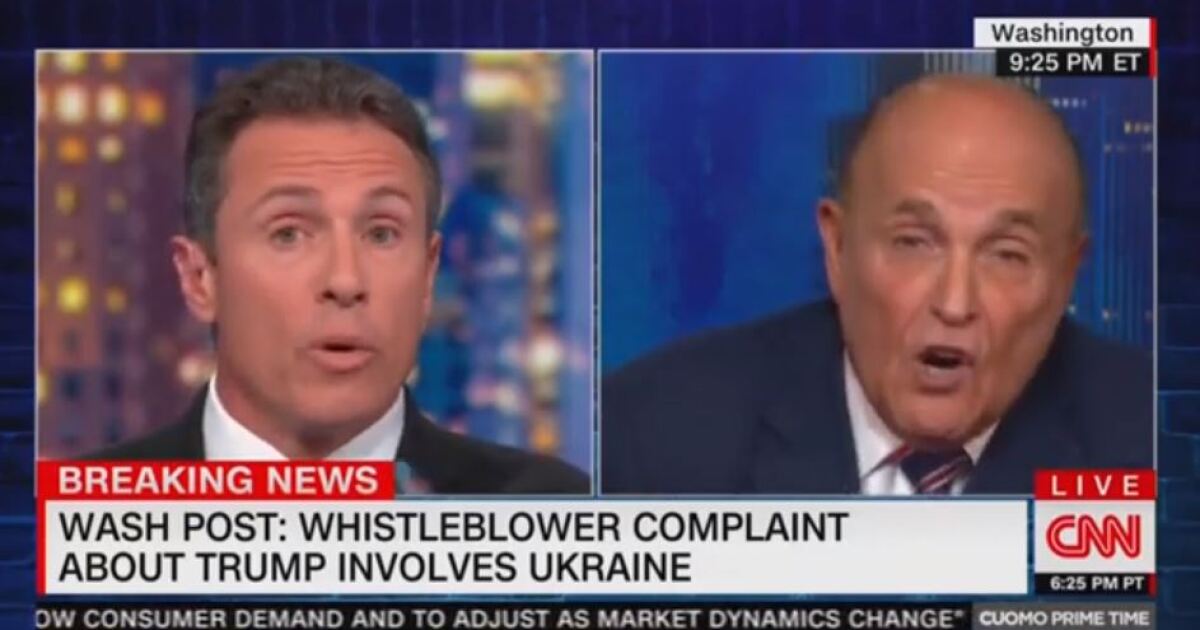 C NN anchor Chris Cuomo's interview with Rudy Giuliani degenerates into a screaming match as the former New York mayor traded barbs that continually escalated for nearly half an hour.

Giuliani went into Cuomo Prime Time to discuss an anonymous official who claimed that President Trump had made a "promise" to an outside leader for Ukraine.

"You're a sellout," Giuliani told CNN anchor at one point in the interview, adding that Cuomo found the show with "completely wrong" information and "completely rotated" things.

Giuliani claims that Biden's son's alleged links with foreign nations are a much more serious matter than allegations of an anonymous offender, for which Cuomo accused Giuliani of coming out of the subject. "Listen, Rudy, I don't know what this has to do with what I asked you tonight."

"What does this have to do with how unfair you are! Do you get this?" Rudy shoots back.

.5 billion from China. And you won't cover it! Tell me you are not unfair! Nobody – nobody buys this, Chris. That's why your network has no ratings! "

Cuomo accused Giuliani of destroying his credibility by hitting Trump. Julianni subsequently addressed that CNN was involved in" covering up "news and that the network was" a terror to the country. "

"Your network is a creature of the Democratic National Committee," Giuliani said after the end of the off-track interview.

Giuliani and CNN had a history of controversial interviews, including one in January when Cuomo pressed a former mayor to see whether the Trump campaign had "I never said no to the Russian government but agreement, "said Giuliani in an interview, in a comment mocked by critics.