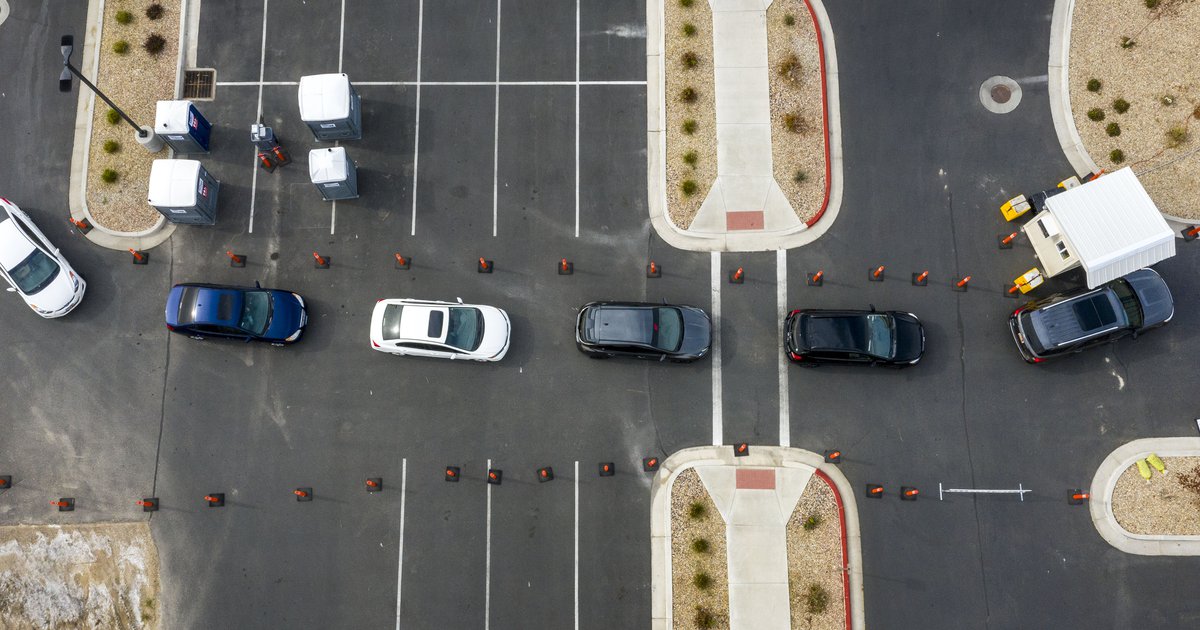 Utah set a new daily record for COVID-19 cases on Friday, with another 2,292 June infected with the coronavirus, the Utah Department of Health said.

The country also went through another grim phase on Friday, with three new deaths from COVID-1

9 reported, bringing the total to 601 deaths.

The escalation in the number of cases prompted Utah officials to send an emergency signal to smartphones across the country with this horrific message: “COVID-19 is spreading fast. Record cases. Almost every county is a high-pass zone. Hospitals are almost overcrowded. Public health requires masks in high-transmission areas. Social gatherings are limited to 10 or less. “

The alert directed people to the state’s coronavirus website, which contains county-specific information. The site collapsed briefly when the warning disappeared, said Joe Dougherty, a spokesman for the Utah Department of Public Safety.

Dougherty said the warning should be received from up to 70% of the state’s approximately 3 million mobile phones. Everyone else, he said, should hear about it from their friends or through the media.

The three people reported to have died were: a Salt Lake County man between the ages of 25 and 44; a man from Tuole County, between 44 and 65 years old; and a woman from Davis County, between 65 and 84 years old.

In a statement Friday, Gov. Gary Herbert noted that while Utah’s mortality rate from COVID-19 is below the national rate, “we should not be stunned by the importance of these numbers for our communities – for the infected and for all who love them.” ”

Hospitalization and deaths are lagging behind, and Herbert noted that today’s 2,292 new cases could turn, based on current levels, into 115 hospitalizations and 11 deaths in the next week or two.

“This will put an increasing workload on our already overburdened medical professionals and leave even more families with an empty chair at their table,” Herbert said. will face even when recovering. “

Although Herbert said “we cannot be too cautious in our efforts to limit the spread of COVID-19,” he did not propose changes to the virus’s control policy on Friday.

“We are failing to control the epidemic,” said Dr. Eddie Steneham, an infectious disease doctor at Intermountain Healthcare. “The numbers don’t lie. Not only are our cases increasing, but our level of test positivity is rising … which shows that it is widespread in the community.

With the increase in hospitalizations and deaths, Stenehjem said, “this is irrefutable proof that this is not just an increase in tests. It is a widespread community spread that leads to pain, suffering and death. “

The majority of new cases are in younger demographics, although almost every age group except babies and those over 85 set a one-day record. Most new cases were in the 25-44 age group, with 800. Young people between 15 and 24 had 619 new cases.

For the past week, the state has achieved an average of 1,622 new positive test results per day, UDOH reported.

An average of 309 patients have been treated in Utah hospitals every day for the past week. That’s 10 more than the average a week ago. A total of 5,395 patients were hospitalized nationwide for COVID-19, which is 76 more than Thursday.

In the last week, 18.2% of all tests have returned positive, indicating that a large number of infected people are not being tested, government officials said.

During the night, someone apparently fired at the glass doors of the UDOH offices in Milkrick with a pellet gun, a department spokesman said on Friday. No one was injured and the damage seemed insignificant.

The incident came hours after about a dozen people staged protests Thursday morning and again in front of the home of Dr. Angela Dunn, the state’s epidemiologist. Her address was posted on Facebook in a comment posted by an activist against a mask, and the post was later deleted.

Another 30 people protested at the home of Dr. Joseph Miner, executive director of UDOH, a UDOH spokesman said. Miner was out of action for most of the pandemic due to his own health problems; Rich Saunders has been interim chief executive since August.

In a Twitter statement Thursday, Herbert said he was “deeply concerned” that Dunn had been sent home. “It’s one thing to protest against an elected official like me, but it’s completely outside the scope of the protest at a government official’s home,” he said.

This article will be updated.

5 things you need to know on Wednesday

US coronavirus: Daily coronavirus deaths close to 2,600 – highest since April – expected to worsen