Daniels of USC injures his right leg; X-rays are negative 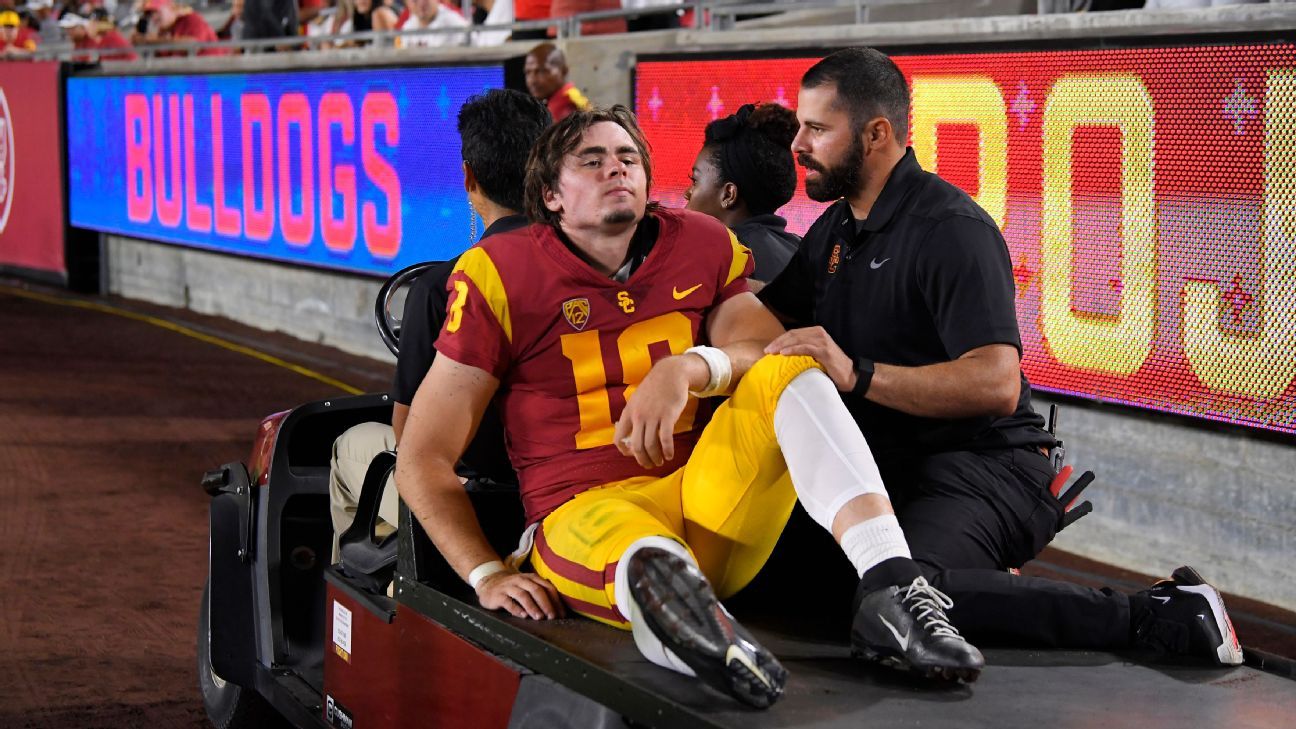 LOS ANGELES – American sophomore JT Daniels quit in the second quarter on Saturday night's 31-23 victory over Fresno after suffering a right leg injury. He did not return.

Daniels was on crutches when he returned to the sideline in the third quarter and carried a large handle on his right knee that was wrapped. The X-rays came back negative and head coach Clay Helton said Daniels would undergo an MRI late on Saturday.

"Tumbleweed", Helton said he saw Daniel come down. "You see a kid who has poured so much into the game and in this team and is getting better, physically and mentally, as a quarterback. I said a prayer as soon as I saw it and hope to get the best results tomorrow. We'll see where lies. "

Daniels was replaced by true freshman Kedon Slovis, a four-star Arizona rookie who took the lead early in the second half with USC holding a 1

7-10 lead. [19659002] Slovis defeats Red Shirt junior Matt Fink and sophomore Jack Sears to win backup work. Sears announced this week that he will enter the transfer portal and is no longer with the team.

Daniels completed 25 of 34 passes for 215 yards and a touchdown before leaving the game. It was his first start under new offensive coordinator Graham Harel.

Slovis went 6 for 8 for 57 yards and an interception.