DC Hotel Attack: About a dozen teens captured on a beating video man 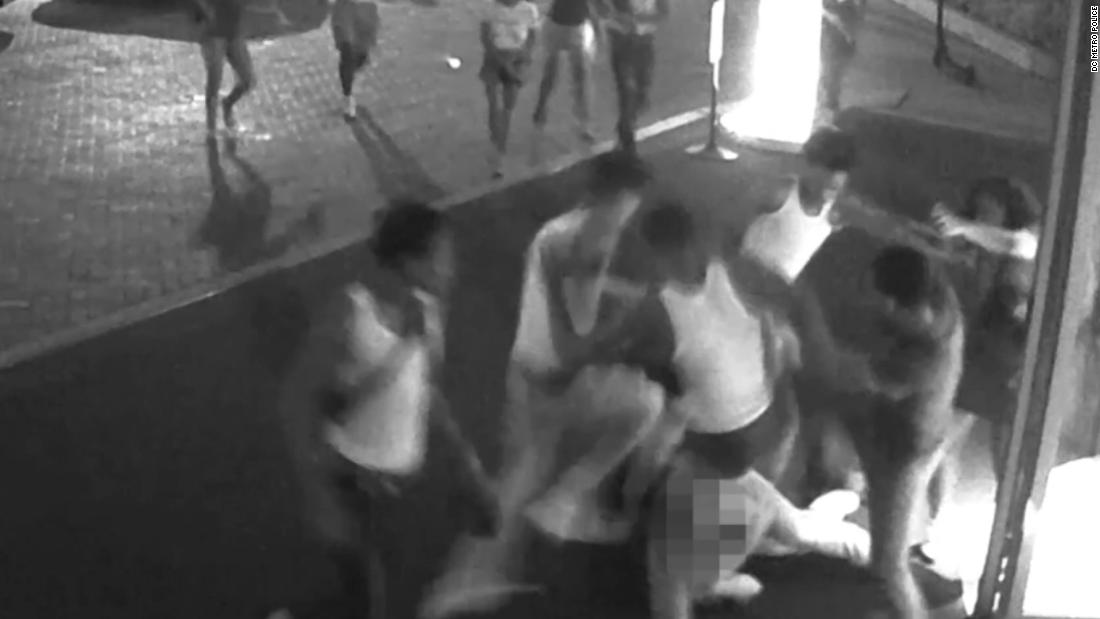 The video, released Wednesday, shows what the police and witnesses say: teenagers between the ages of 13 and 15 are beating a man on the ground and then continue to attack him when he was down. told reporters Thursday that there could be as many as 10 or 12 suspects.

While the police continue to investigate, Newsweem said the beating could have been a case of mistaken identity. Around 1 in the morning of July 14, the suspects outside Hilton in Dupont Circle, called to the group of teenagers, "that's it," before they all descend upon one of the men, according to a police report. man. The second man screamed to the attackers: "This is not him, you have the wrong man!" But he was also hit afterwards, according to CNJ WJLA.

The suspects fled and the victims were treated for non-life-threatening accidents, according to the police report.

"We had a controlling group of people we need to get out of the streets," said DC Mayor Bowler, "They must realize that this is not just a game."
Source link

A military helicopter fired over Virginia, injuring a crew member