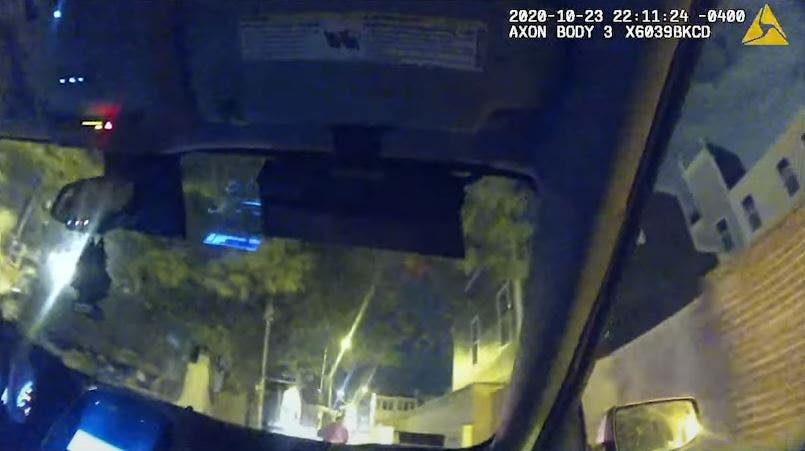 Police in Washington, D.C., have released camera footage of officers tracking a 20-year-old black man ahead of his fatal crash last week.

Caron Hilton’s death sparked protests in the capital this week, with some becoming brutal when protesters clashed with police. Hilton’s family blamed the police for his death.

Patrol officers spotted Hilton driving an electric Revel moped on the sidewalk in Block 500 on Kennedy NW Street without a helmet around 10:10 p.m. on Friday, police said. The officers then activated their emergency lights and tried to stop the traffic, officials said.

Footage from the camera shows the perspective of two police officers in the patrol vehicle, who follow Hilton, who continues to push the moped away from the police. The video shows the moment when Hilton left the alley and crashed into the side of another vehicle.

Officers provided first aid until paramedics arrived and took Hilton to a local hospital, where he was later pronounced dead. DC police have classified Hilton̵

7;s death as a traffic death.

The body footage also shows a police officer checking the passengers of the van, hitting the moped, asking “Is everyone okay?”

This image from an officer’s body camera shows the moment when Hilton’s moped hit the side of a vehicle.
(DC Metropolitan Police)

Protests erupted on Wednesday for the second night in a row over Hilton’s death. Protesters chanted “Justice for Caron” as they moved from the crash site to a section, Fox 5 DC reported.

While reports indicate that some protests were peaceful, violent clashes with police eventually erupted. A protester threw fireworks at officers, several of whom reportedly received minor injuries Wednesday night.

Tuesday night’s protests led to at least four police officers receiving non-life-threatening injuries and the arrest of one person.

A spokesman for the capital’s police department confirmed to Fox News that the station’s windows were broken and that stones and bricks had been thrown at employees.

Edxie DeMarche and Lucas Manfredi of Fox News contributed to this report.