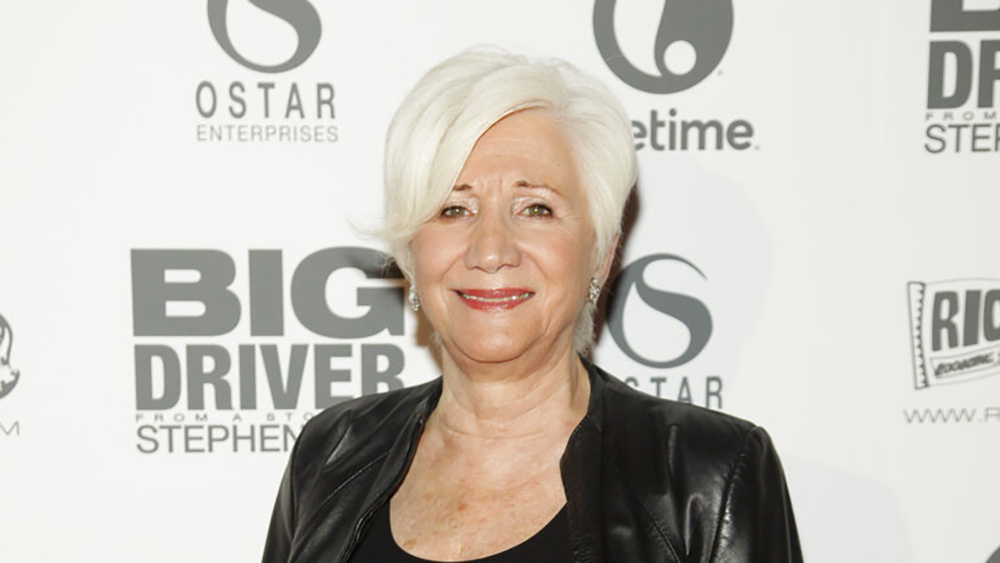 Olympia Dukakis, a typical actress best known for her Oscar-winning supporting turn in Norman Joyson’s Moonstruck and her role as a wealthy widow in Steel Magnolias, has died. She was 89 years old.

Dukakis’ brother, Apollo Dukakis, announced his death in a Facebook post, writing: “My beloved sister, Olympia Dukakis, died this morning in New York. After many months of deteriorating health, she is finally at peace and with her Luis. “Dukakis’ agent, Alison Levy, later confirmed the news to the Associated Press.

The actress was 56 when she came to fame overnight, thanks to her Oscar in “Moonstruck”, in which she plays, with extreme comic ethnic pleasure, characteristic of the film as a whole, the mother of Cher̵

Dukakis, who has also worked extensively on television, has been nominated for three Oscars, first for the 1991 television film Lucky Day, second for More Tales of the City of Armistide Mopin in 1998, and third for the third time. in 1999 for the miniseries “Jeanne d’Arc”.

Probably done before Oscar changed her fortune, Mike Nicole’s “Working Girl” brings Dukakis back to the role she regularly played for most of her career: She’s No. 12 for her role as HR director.

By the following year, however, she received a third bill, behind John Travolta and Kirsty Alley, in the baby comedy “Look Who’s Talking,” in which she played the mother of a pregnant Alley in a way reminiscent of her work at Moonstruck. She returned for the sequel in 1990.

Herbert Ross’s 1989 hit “Steel Magnolias,” starring Julia Roberts, Sally Field, Sally Field, Dolly Parton, Shirley McLain and Dukakis, attracted women of all ages with its effective sentimentality and even more effective single-breasted but Rolling Stone said, “For real fun, stick to MacLaine as a city crank and Dukakis as a rich widow who distracts her; they are priceless. “

The actress starred with Diane Ladd and Ellen Burstin in the 1993 film “Duke Club” directed by Bill Duke, about three Jewish women who all find themselves widowed for a year and have to rebuild their lives, and Dukakis’ character is prickly. and volitional.

Dukakis was part of a Greek chorus that was either charmingly arrogant or unassuming, depending on who you ask, in Woody Allen’s 1995 romantic comedy Mighty Aphrodite, in which the chorus comments on the infidelity of Allen’s character. Also in the same year, she appeared as the skeptical, stubborn director in Richard Dreyfuss’s sentimental vehicle, “Mr. The Opus of the Netherlands ”and as a gay mother in the AIDS drama Jeffrey.

The following year, she played a small role in the spiritual film by the Danish author Bile August “Jerusalem”. The actress also had a small but powerful role in the 2005 film about father and son, The Thing About My Folks, starring Peter Falk and Paul Raiser.

In 2006, Dukakis was part of the ensemble The Great New Wonderful, a series of vignettes about life in New York one year after the 9/11 attacks, and did an excellent job in Sarah Polly’s drama Alzheimer’s “Away From Her.” , starring Julie Christie, in which Dukakis’ character reveals an unwaveringly realistic view of the difficult situation – her husband is also an Alzheimer’s patient.

She played an elderly grandmother in John Casdan’s In the Land of Women with Adam Brody, Kristen Stewart and Meg Ryan. But much more interesting was director Thomas Fitzgerald’s 2011 film The Burst of the Cloud, in which Dukakis starred with Brenda Fricker as a lesbian couple traveling to Canada to marry.. Diversity said, “Dukakis surpasses even the most memorable earlier twists like Stella, the unstoppable old lady determined to free her lover.”

Among the many television films in which Dukakis appeared was HBO and the BBC’s “The Last of the Blonde Bombshells” (2000), starring Judy Dench and Ian Holm and focusing on bringing together a group of women who formed an orchestra in London during of World War II.

Dukakis was a regular series on the 2004 CBS short sitcom Center for the Universe, starring John Goodman and Gene Smart. She has also appeared on numerous television series, casting voices for “Frasier” and “The Simpsons,” and appeared in “Numbers”; Law and Order: SVU, as counsel; and the HBO detective comedy Bored to Death.

Dukakis’ first attempt on Broadway was underestimated in 1962 in the original play “The Aspern Papers”, written by Michael Redgrave on the story of Henry James, starring Maurice Evans and Wendy Hiller. Dukakis won the Obie in 1963 for his work off Broadway in Bertolt Brechlt’s Man Equals Man. She took the stage in 1964 in the one-night stand “Abraham Cochrane”. She returned to Broadway in 1974 in Peter Ustinov’s Who’s Who in Hell, but her performance also turned out to be short. Much more successful was her launch from 1986 to 1987 in Andrew Bergman’s Social Security, directed by Mike Nichols and starring Ron Silver, Marlowe Thomas and Joanna Gleason. In 2000, she starred on Broadway in the show about a woman, Rose, starring an 80-year-old Jew in Miami Beach who spoke to audiences from her life, including her experiences in the Holocaust.

She made her television debut in 1962 in an episode of Doctors and Nurses, also as a guest on Dr. Kildare ”the same year. The actress debuted on the big screen in the 1964 film “Twice a Man.” Over the next 10 years, she had a number of small, often uncredited roles in films, including A Wish for Death. In Peter Yates’ 1969 film John and Mary, starring Dustin Hoffman and Mia Farrow, Dukakis plays the mother of the Hoffman character; she also had a supporting role in the 1971 film “Created for Each Other” starring Rene Taylor and Joseph Bologna.

Dukakis is one of the stars of director Jules Dassin’s 1974 political film, The Rehearsal, about the massacre of students protesting against Greece’s ruling junta; many celebrities starred in the film, including Lawrence Olivier, Arthur Miller, Melina Mercury, Maximilian Shell and Arthur Millet, but by the time the film was completed, the junta was falling and was never seen publicly in that country until decades later. In 1975, the actress appeared in a presentation of “Great Performances” by Chekhov’s “The Seagull”, which also featured Frank Langela, Blythe Danner and Lee Grant. She had supporting roles in Philip Kaufman’s 1979 film The Wanderers and Taylor Hackford’s Idolmaster in 1980. But despite years of film credits, on television and on stage, the actress made her way to Moonstruck. in 1987

Dukakis was preceded by her husband, actor Luis Zorich, who died in 2018. She was survived by daughter Christina Zorich, an actress; and sons Peter and Stephen Zorich.