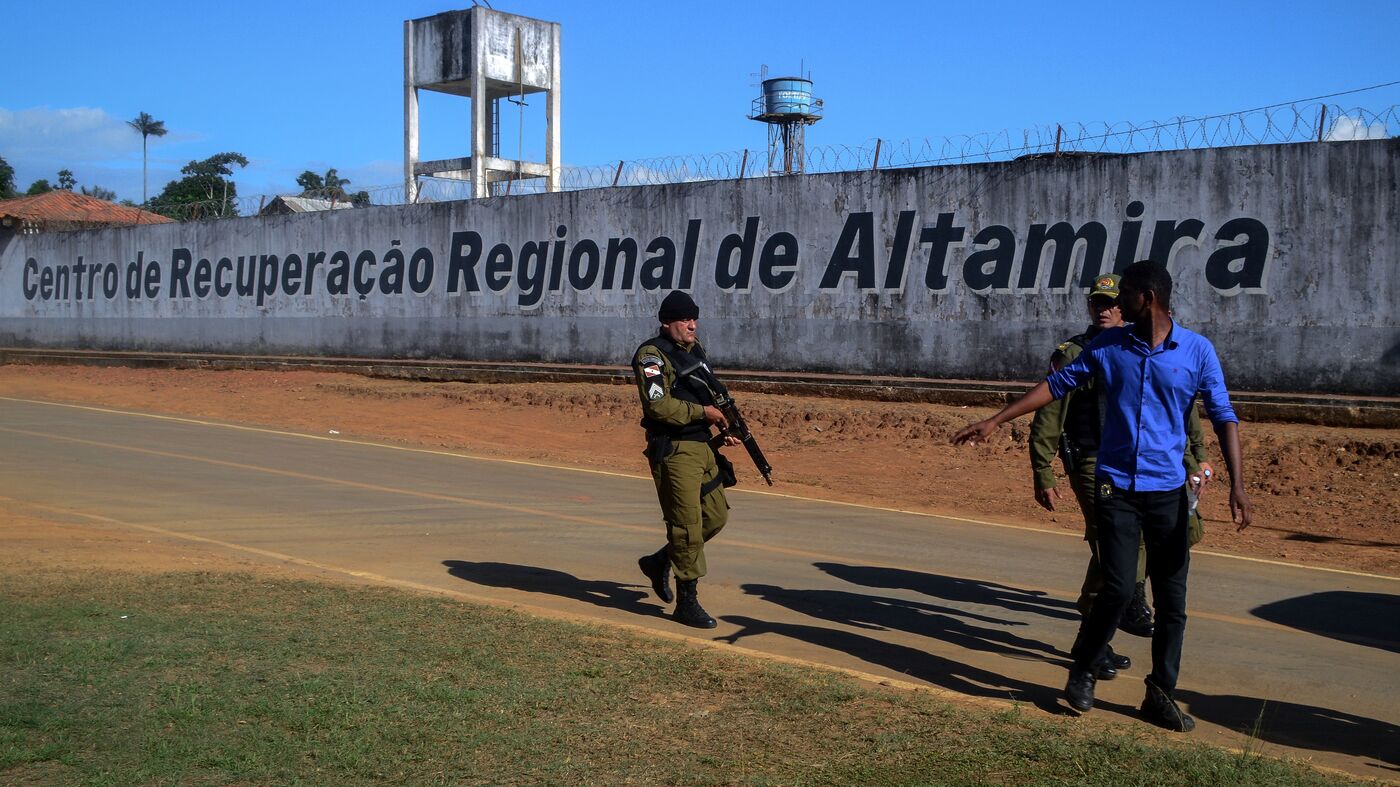 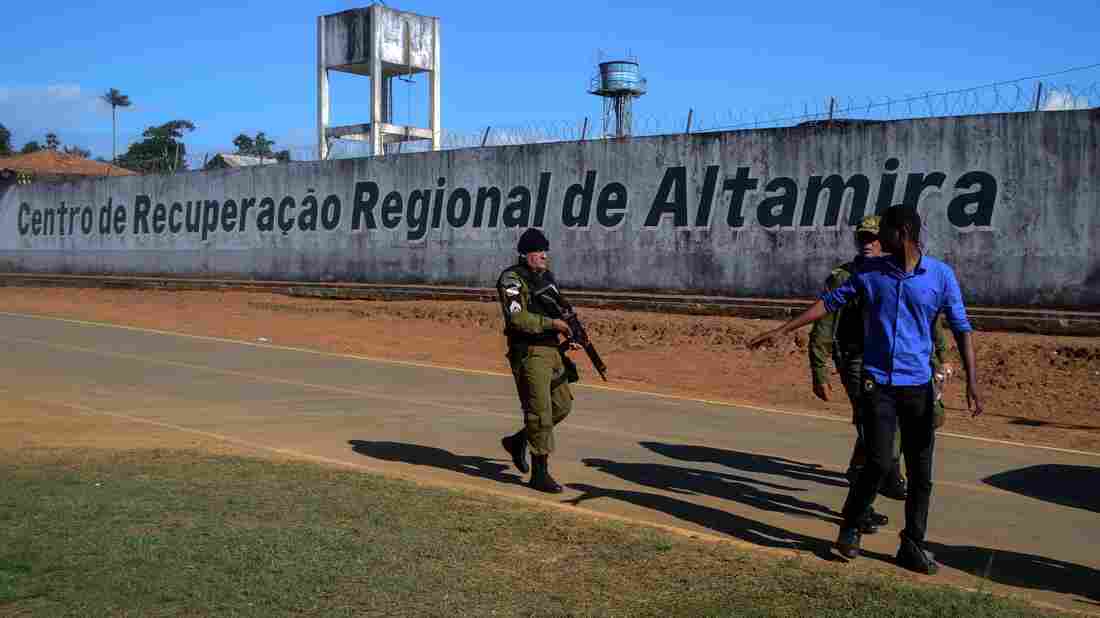 A police officer patrols the vicinity of the Altamira Regional Recovery Center after killing at least 52 prisoners on Monday in the killing of a prison in the northern northern city of Altamira, Parra.

A police officer patrols the surroundings of the Altamira Regional Recovery Center after at least 52 prisoners were killed in a prison riot in the northern Brazilian city of Altamira, Para, on Monday.

At least 57 prisoners were killed by prisoners during a riot in a prison in northern Brazil, which authorities identified as a "targeted act" by gang members targeting a rival group.

The riots at the Altamira prison begin early Monday and continue throughout the morning, according to authorities. Two prison officials were reportedly taken hostage but later released after negotiations.

In a statement issued by the state of Pará, where the prison is located, officials said that the rebellion was triggered when members of the Commando group gang set fire to a cell containing rival gangs of Commando Vermelho (Red Command).

Most of those killed were killed in the fire, officials said, but at least 16 of them were beheaded.

"a deliberate act," state prison director Jarbas Vasconcellos said in a statement, Reuters reported. "The purpose was to show that it was about settling accounts between two gangs."

Vasconcellos said the fire was spreading through an old wing of the prison where prisoners were detained while a new building was being built. According to the Associated Press, Altamira shelters more than twice as many prisoners as it can.

Vasconcelos stated that the fire prevented police from entering the building for several hours.

As reported by NPR's Rio De Janeiro by NPR, in some criminal groups, criminal gangs are actually in control and can easily access weapons; however, the death toll is unusually high in this case.

President Yair Bolsonaro was elected last year to a campaign promising to fight crime, including in the country's overcrowding and often violent prisons.

As we reported in May, violent clashes at four prisons in the same common area of ​​Brazil killed 55 people in violence, who were also accused of gangs.