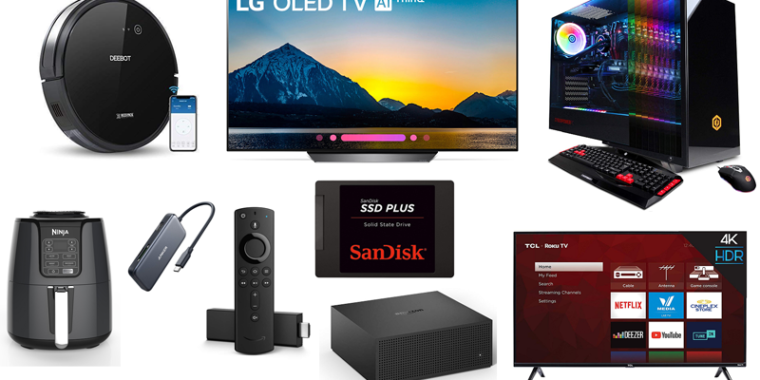 Regards, Arsians! With the courtesy of our friends at TechBargains, we have another round of sharing deals. Today's list is headlined by Amazon's Fire TV Stick 4K, which is currently up to $ 40. This $ 10 rebate is not as big as the one we saw during the holidays, but it's still a good deal for those looking for a new 4K media streimer.

While many people can handle streaming apps built into the TV or game console, Fire TV Stick 4K is a solid value for those who can not. Its four-way processor makes it noticeably better than the older FireTV devices, and its support for the 802.1

1ac Wi-Fi – something that the competing Roku Premiere + is missing – keeps the streaming quality smooth. It supports Dolby Vision HDR, HDR10, HDR10 + and Dolby Atmos audio. Its remote device finally has special volume and power buttons, and Alexa's voice controls are more stable than any other streamer.

However, your tolerance for the 4K firewall will be reduced to its software. Amazon's user interface is good, but it's neither organized like Roku OS nor clean as Apple's tvOS. The company also has the habit of pushing its own programming into search results, which is fine if you love Prime Video, but it can be annoying to others. The ongoing Amazon battle with Google means you will have to use the YouTube web version instead of a special app (which is not bad) and you do not have access to YouTube TV (which is definitely bad). There is also Voodoo. If you can not live with all of this, Roku's Streaming Stick + is an excellent alternative, but it also costs $ 20 more than this article.

Otherwise you get a lot of streaming hardware for which there's not much money here. And if you do not need a new streamer, we also have deals with Nintendo's Switch Pro Controller, God of War Hitman 2 4K HDR televisions from Vizio and LG, Sonos devices, and more.

Note: Ars Technica can earn sales compensation from links on this post via affiliate programs.