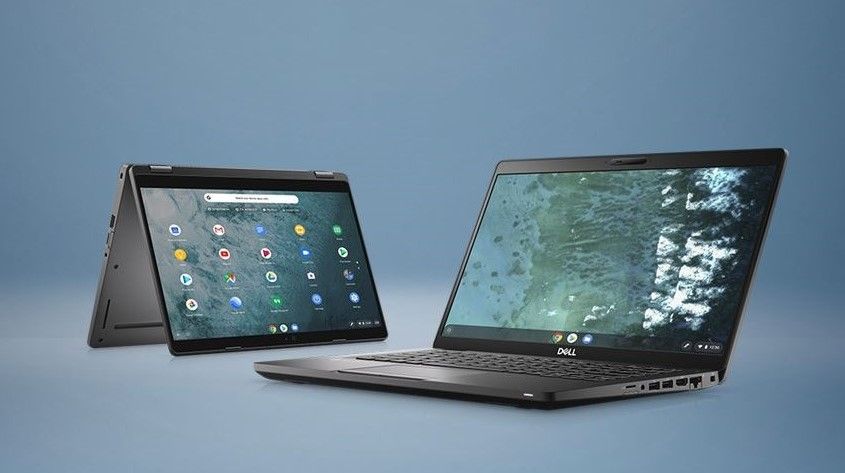 Businesses interested in buying Chrome OS devices as their organization will be able to choose either Dell's 14-inch Latitude 5400 for $ 699 or the 13-inch Latitude 5300 2-in-1 for $ 819. Both Chromebooks can can be configured with up to 8 Intel Core i7 processors, up to 32 GB of RAM and up to 1 TB of SSD storage.

Dell's Latitude line is already popular with corporate users running Windows 10, but the company has been working with Google for more than a year to create two new Chromebook Enterprise devices that can be easily managed by the organization's IT departments.

Google has also made changes to its Chrome Admin console to improve loading time, add search functionality to any page, and even have the console repainted with design elements.

These new Chromebooks will come with a suite of Dell cloud support services that make it easier for IT administrators to control how devices are deployed across organizations, and it will be easier for IT to integrate these devices into existing Windows environment and manage them using tools like VMware Workspace One.

Chrome OS Vice President at Google, John Solomon, explained how Chrome OS is able to meet the needs of end users and IT departments in a blog post announcing Dell's new corporate Chromebook:

" Chromebook Enterprise is a game changer for businesses looking for a modern OS that provides end users with speed and productivity while offering the IT security they need. As a longtime global leader in the enterprise, Dell Technologies has a deep understanding of end-user and IT needs and is a natural fit to bring powerful devices with the benefits of Chrome Enterprise to businesses around the world. "

The Google Enterprise Enterprise for Chrome OS may start with Dell, but right now the search giant is working with a number of OEMs to expand it, and we'll probably see other device makers announcing the Enterprise Chromebook soon. Via The Verge