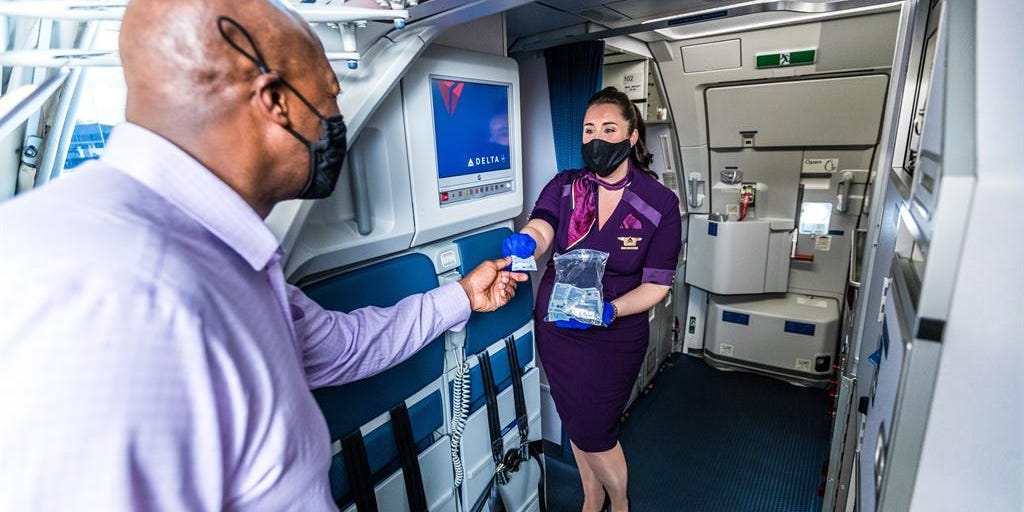 Delta has banned a total of 460 people on its flight ban list for refusing to wear masks.

Delta CEO Ed Bastian said in an email to employees that the company requires customers and employees to wear masks to reduce the transmission of the new coronavirus. Company spokesman Morgan Durant said Delta announced the requirement to wear masks in April.

Bastian said in September that the company had banned 350 passengers this month, 240 in late August and 1

Read more: An airline pilot reveals the meaning of 24 code words that passengers do not understand

The application of masks is one of several safety policies of Delta COVID-19. Other protocols include seat locking in terminals and aircraft for social distancing, use of pre-flight electrostatic sprays, and handing over sanitizing wipes to customers.

Delta is one of the two major airlines in the United States that will block midfields by the end of 2020. Alaskan Airlines announced on Thursday that it has expanded its policy to block midfields until January 6, 2021.

Epidemiologists told Business Insider’s Tom Palini, sitting too close to each other on planes, increased the risk of COVID-19 infection from a nearby passenger.

As the incidence of coronavirus in the United States continues to rise, many companies are struggling to get customers to follow mask protocols. Employees of several major American brands reported harassment and violence directed at them when they asked buyers to wear a mask. Retailers such as Foot Locker and Dollar Tree have stopped requiring the wearing of a mask to protect workers.