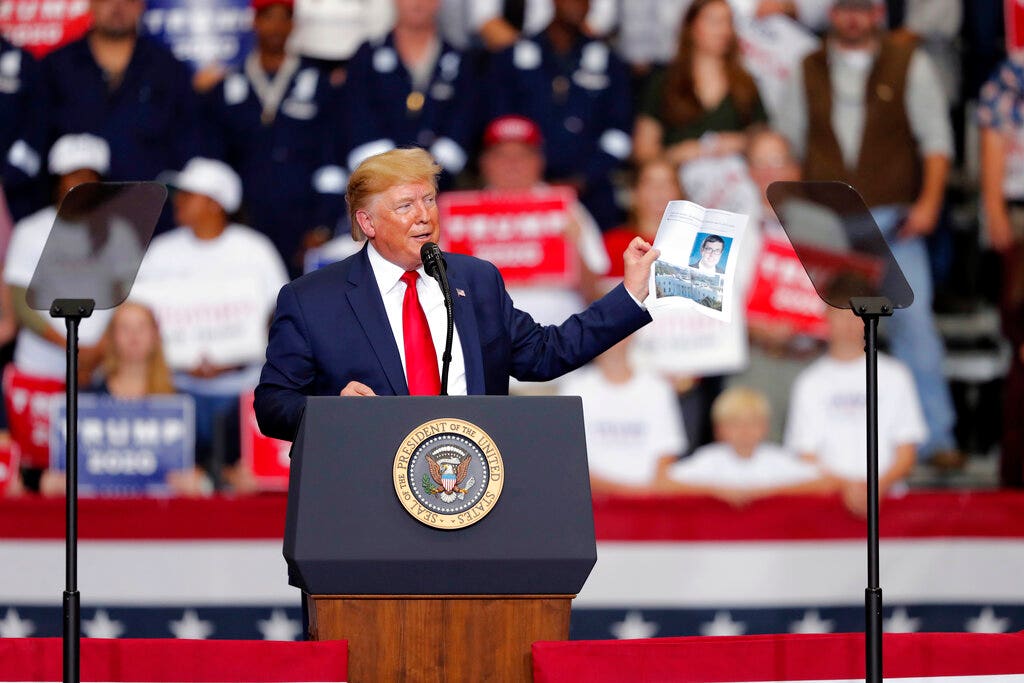 Democratic senators, including Kamala Harris, demanded Friday that the Department of Justice hand over documents related to a reported attempt by President Trump to get Attorney General William Barr to hold a news conference declaring he hadn't broken any laws in his July 25 phone call with Ukrainian President Volodymyr Zelensky.

Sens. Harris, D-Calif., Richard Blumenthal, D-Conn., And Sheldon Whitehouse, D-R.I., Sent a Freedom of Information Act (FOIA) request to the Barr after the Washington Post reported that Trump made the request around Sept. 25, when the administration released a transcript of the call.

, amid the escalating House impeachment rehearsal surrounding the call. The Wall Street Journal also reported that Trump's desire for a public announcement from Barr was discussed among White House officials, who in turn relayed that desire to the Justice Department. However, the outlet reported that it could not be determined how hard Trump had pressed for a news conference ̵

1; or the reason for Barr's denial.

“ We submit this FOIA request to obtain communications, documents, and other information related to the president's reported request that you hold a news conference to clear him of wrongdoing during his call with the Ukrainian president, ”the request said.

House Democrats claim that call, in which Trump urges Zelensky to“ look into ”allegations about Former Vice President Joe Biden and alleged Ukraine interference in the 2016 presidential election, was part of a quid pro quo involving the holding of the US military aid that was temporarily blocked by the White House. Trump has denied a quid pro quo while Ukrainians have said there was no pressure from the White House.

Trump has also pushed back on reports.

"Bill Barr did not decline my request to talk about Ukraine," he tweeted Thursday morning. “The story was a Fake Washington Post con job with an 'anonymous' source that seems to exist. Just read the Transcript. The Justice Department already ruled that the call was good. We don't have freedom of the press! "

Trump then tweeted a more robust denial:" The degenerate Washington Post MADE UP a story about asking Bill Barr to hold a news conference. Never happened, and there were no sources ! " This, after he tweeted earlier calling the story "totally untrue and just another FAKE NEWS story with anonymous sources that don't exist."

The request from the senators calls for all memos and correspondence involving Barr, Deputy Attorney General Jeffery Rosen or the immediate office of attorney general since August 14 as well as phrases including “Ukraine,” “Zelensky,” “transcript,” “journalists,” and “news conference.” [19659005] “If President Trump's passionate assertion that such reports are 'pure fiction' and 'Fake News' is indeed correct, then the Department of Justice should have no problem in expeditiously processing our request,” the senators wrote.