DHS's acting secretary had to blame the head of ICE at a press conference to reveal immigration attacks: Officials 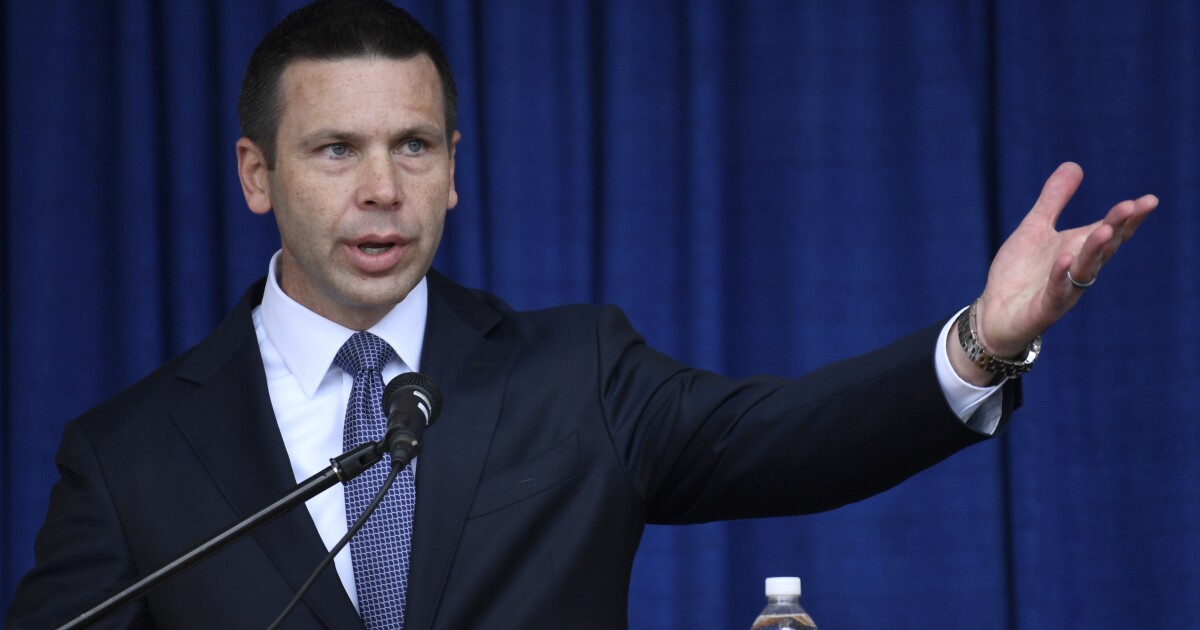 Former Secretary of Homeland Security Kevin McAllon was expected to use a press conference Thursday to blame immigration and customs enforcement and its boss Mark Morgan for the expiration of a federal federal immigration operation, three sources familiar with briquette plans announced on Washington Researcher.

DHS suddenly canceled the briefing five minutes before his scheduled start at 16:00 A DHS spokesman told reporters that the headquarters of the department did not want McAleenan's comments to interfere with Capitol Hill's negotiations for additional border funding.

But in the hours preceding the briefing, a few officers who knew what McAleenan would do

"He will not come out and say," Mark Morgan is guilty, "but he will say," People could understand what was happening on the basis of what Mark, "one man said.

Two senior administrative officials said McCalein planned to blame the disclosure of details of the ten deportation operations for Morgan's transfer to a media roundtable on June 5, 1

9459006 Washington DC attending reporters from about 10 other retail outlets.

One current employee said that if the information was shared or even hinted at in a way the reporters could put it in, stories would be exposed the next day, not 16 days later, when Washington Post reports details of the ICE operation.

But the three officials who previously called Makaleinon as the lender, also pointed out holes in Macalen's press statements on Thursday afternoon.

"What they can not explain – the reporter specifically said that DHS sources have given him this information," one man said.