Diablo 4 is mentioned in the new Blizzard art book 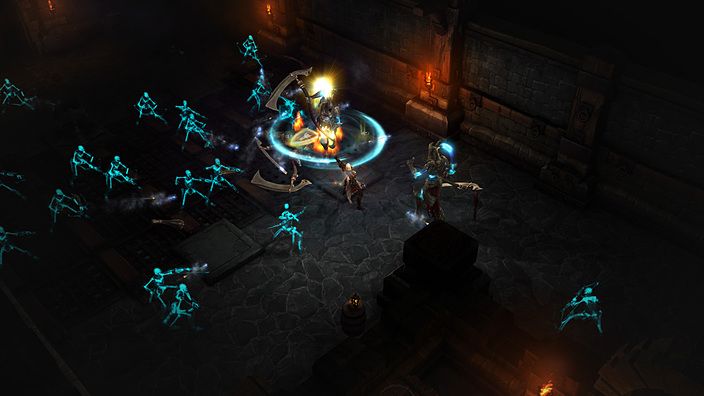 "The Art of Diablo" is a handsome-looking hardcover coffee-table book that's due out November 3, and which — according to an advertisement for it that appears in the German magazine Game Star — contains artwork from "Diablo 1, Diablo 2, Diablo 3, and Diablo 4. "

That's right, Diablo 4: the game whose absence at BlizzCon last year caused a bit of a fracas among fans who were too annoyed to find out that they'd be waiting at least another year for the next numbered entry in the dungeon-crawling franchise. The announcement of Diablo Immortal's mobile-only served to increase that frustration.

We've been expecting a Diablo 4 announcement for several years now. This ad would seem to indicate — along with everything else we've learned in the past year or so — that 201

9 will be the year that the long-awaited reveal will happen.

Despite the fact that Blizzard has not officially confirmed Diablo 4, reporting by Kotaku shortly after last year's BlizzCon indicated that it was in development for quite a while, and rumors indicated that it was rebooted in 2016 after an initial version that took after Dark Souls was canceled.

In any case, it It seems very likely that we will learn more at BlizzCon, which will be held in Anaheim, California November 1-2.