Disappointingly, the United States finds out how far it has to go 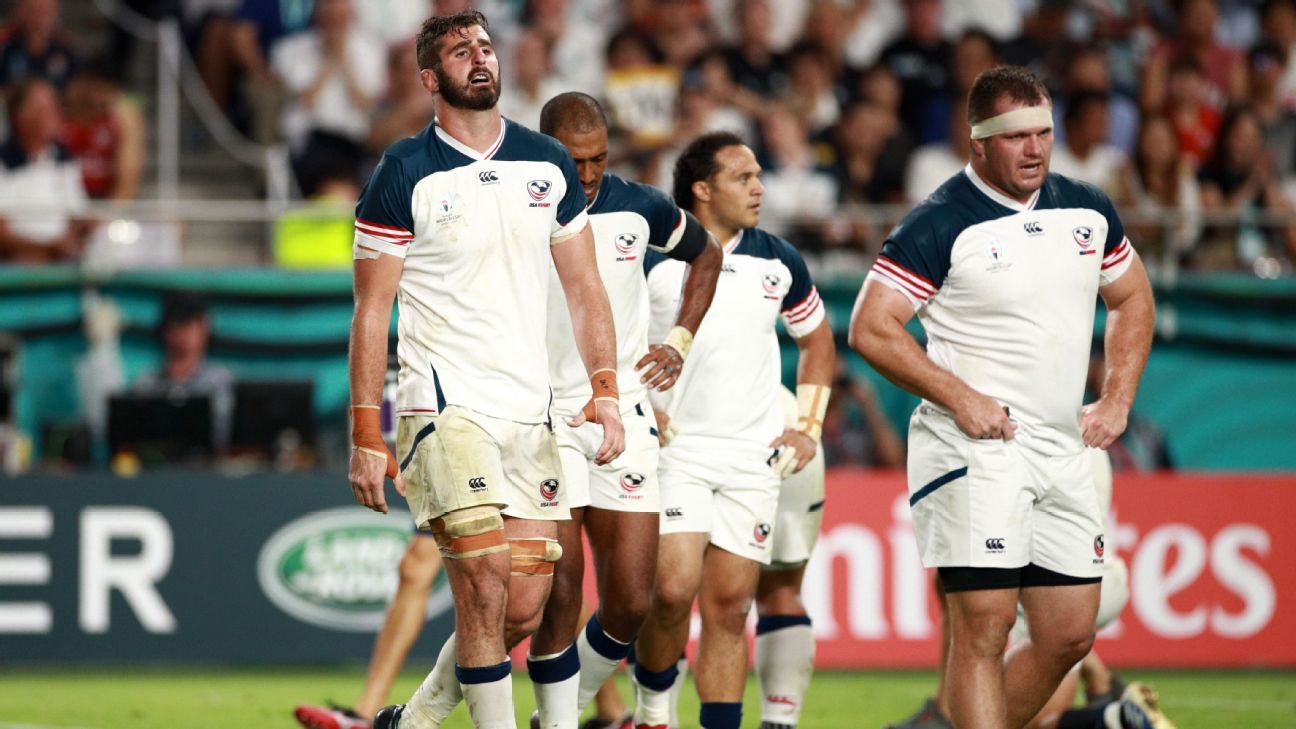 TOKYO – The United States came to the Rugby World Cup in hopes of continuing its improvement over the last 18 months under coach Gary Gold, but the first American game instead served as a reminder of how much more work is ahead. done – especially at the core of the core rugby team.

The Eagles' 45-7 defeat by England last night under the roof of Kobe Misaki Stadium was by no means an unexpected result, especially given Eddie's team is one of the nation's best Japan, with a squad that has been building this tournament for four years.

And although they were by no means embarrassed, the Eagles were incredibly limited in attack and then threw away what decent possession they had inside half of England. There was also the late sending of flanker John Quil, who apparently didn't follow Reese Hodge's news this week after hitting Owen Farrell with a nasty shoulder charge that would probably end the tournament for the American.

Eagles coach Gary Gold had told ESPN before the tournament that his side would take a "pragmatic" approach to his attack, and while that may be smart for where this team is at the moment, be a bit more broad if it is to be more competitive against other first-team teams Argentina and France and then push for a win against Tonga in this tournament.

To their credit, the eagles never gave up. And when, after 80 minutes, this finally showed a willingness to move the ball, the United States was rewarded with experience after the siren to Bryce Campbell, who brought a roar from the crowd at Kobe Misaki Stadium.

"I'm proud of the guys who haven't turned over … it's just a fantastic group of guys who really want to work a lot, but today they taught us some lessons," Gold said. "We lost every aspect of the game; we lost the clash; we lost the set figure; we lost the defense, and most importantly, we lost the game to the kickers."

The United States simply had no answer to England's rolling sofa – a linear propulsion that was extremely difficult to stop from close range – nor George Ford's kicking game, and was also under tremendous pressure all along. England made two attempts at the rolling mall after Ford found the result, running between US defenders for five minutes and remaining a powerful weapon throughout the period.

The Eagles' scum was certainly not helped from the start of losing David Ainu's support to injury after just four minutes, as referee Nick Berry was repeatedly left with little opportunity but to reward the dominance he saw England advance. repeatedly over the top of his opponents.

The United States did a good job of jumping in defense to prevent two more tries in the English first half. But given that they only enjoyed a 34% share of possession, and were now required to make 28 more matches than their opponents in order to get the halftime lead, it was almost inevitable that additional cracks would emerge in the Eagles' defense when rebuilding.

England led 19-0 at halftime and extended that margin by five more with Joe Kokanasiga trying seven minutes into the second half as it became clear that the shaky run that was at the feet of the Americans was going dry.

And so it turned out, when England added more tries through Ruarid McConaughey, Lewis Ludlam and Kokanasiga again to escape comfortable winners, in a performance that pleased coach Eddie Jones.

This would always be a huge challenge for the Eagles, although their areas of improvement will be easily identified in the video viewing session. Thursday night's game will also be a timely reminder of where they sit in the rugby world, regardless of the progress of the last 18 months, and the mountain left to climb before they actually reach the top rugby table.

Fifty-four missed decisions to the 100 more they had to make than England is also a serious concern and emphasizes the need to be ready to play a little more with the ball than they did in the last minute of the game.

Continuous improvement in all these areas and a lower loss margin than another Tier One is quite possible, so too is the final victory against the Tonga fellows in the Tier Two.

"There are many lessons to be learned from this, and the full credit goes to England for putting us under the pressure we were under and mercilessly using some of the areas we do in order," The Eagles' Blaine Scully said when asked how his side would bounce back.

"Although we are slightly disappointed with the performance, our reaction will determine us. So our ability is to look back and learn what we can do from it, show up for work tomorrow, and try to improve and get a better performance next week. "