Discovery of fossilized fish may shed light on the day as an asteroid hit earth, killing the dinosaurs 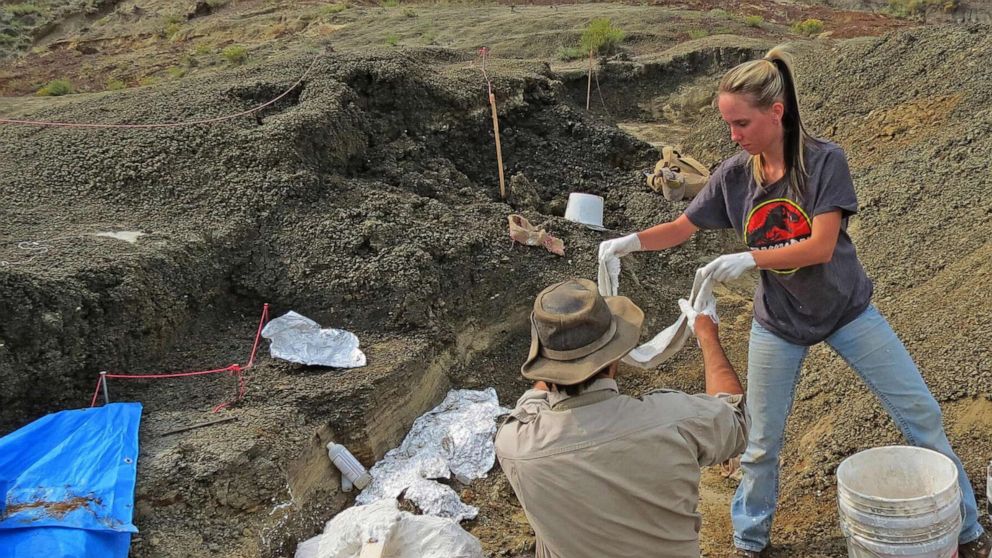 The discovery of a fossilized fish could offer a glimpse into the day, and an asteroid hit the earth and wiped dinosaurs off the planet 66 million years ago, according to a new study.

The "exquisitely-preserved" fossils, some of which are of fish with hot glass in their gills, have been found in Hell Creek Formation in North Dakota and are thought to have formed after an asteroid slammed into Mexico, causing flaming debris to rain on the ground, according to a press release from the University of Kansas.

The fossils offer the first-ever "detailed snapshot of the terrible moments right after the Chicxulub impact – the most cataclysmic event known to have befallen life on Earth, "the release states.

The impact wiped out about 75 percent of the animal and plant species living on Earth at the time, including dinosaurs.

The fossilized creatures lived in the vicinity of a deeply chiseled river, according to the release. A rushing surge of water in the minutes after the impact likely created the "tangled mass of freshwater fish, terrestrial vertebrates, trees, branches, logs, marine ammonites and other marine creatures," which were all preserved in a rock formation discovered by Robert DePalma and University of Kansas doctoral student in geology

The fish were killed "pretty suddenly because of the violence of that water," said the study's co-author , David Burnham, preparator of vertebrate paleontology at the University of Kansas Biodiversity Institute. One of the fossilized fish had broken in half after it hit a tree, Burnham said.

Finding these stories of ancient fish fossils is even more important because the fish are cartilaginous instead of bony, and less prone to fossilization, Burnham said.

The planet was "inherited" by mammals after the asteroid's impact, Burnham said.

"We've understood that bad things happened right after the impact, but nobody's found this kind of smoking-gun evidence," he said. "People have said," We get that blast to kill the dinosaurs, but why do not we have dead bodies everywhere? "Well, now we have bodies. They're not dinosaurs, but I think they will eventually be found, too. "

The study will be published Monday in the Proceedings of the National Academy of Sciences, according to the University of Kansas.
Source link