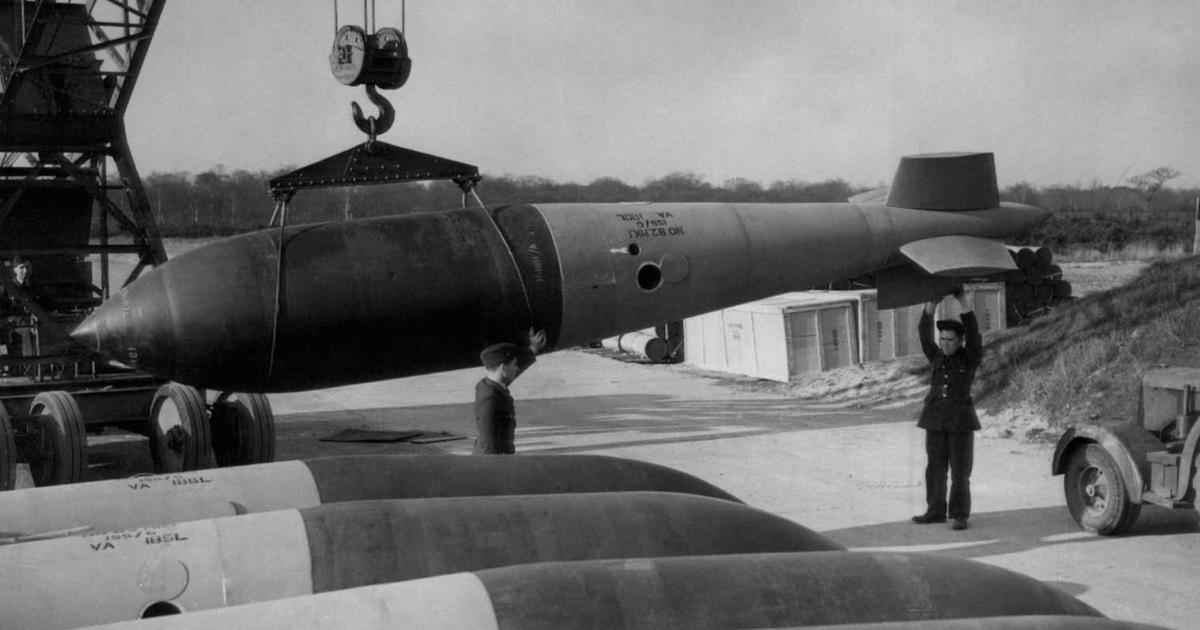 On Monday, Polish military divers are due to launch a delicate operation to defuse a massive World War II bomb at the bottom of a canal near the Baltic Sea. The five-ton device – nicknamed “Talboy” and also known as “earthquake bomb” – was dropped by the Royal Air Force in an attack on a Nazi warship in 1945.

It was discovered last year during a dredging near the port city of Swinoujscie – formerly Swinemunde, part of Germany – in the far north-west of Poland.

“This is the first world. No one has ever neutralized Talboy, which is so well preserved and underwater,”

About 750 locals were evacuated from a 1.6-mile area around the bomb, and the operation is expected to last up to five days.

But some residents told AFP they would stay where they were.

Halina Pashkovska said the “main danger” for her was the risk of catching COVID-19 in a gym, where residents were sheltered during the operation.

Pashkovska said she also had to take care of her 88-year-old mother, adding: “I have lived here for 50 years and there are other bombs, but this is the first time there has been an evacuation! We just had to stay indoors before.”

Maritime traffic on the navigation canal and surrounding waterways will be halted in an area of ​​16 km around the bomb disposal operation.

“The first two or three days will be preparation. Our bomb disposal divers will scrape the bomb, which is embedded in the bottom of the canal at a depth of 12 meters. Only its nose sticks out,” Lewandowski said.

“It’s a very delicate job … The slightest vibration can detonate a bomb,” he said, noting that the possibility of a controlled explosion was ruled out for fear of destroying a bridge about 500 meters away.

Instead, divers will use a technique known as deflagration to burn the explosive charge without causing a detonation, using a remote-controlled device to break through the shell to start burning.

Talboys are designed to explode underground to a target, causing shock waves that would cause destruction.

During World War II, the area was home to one of the most important Baltic bases of the German navy and the area was subjected to massive bombing, said historian Peter Laskowski, author of a book on the Royal Air Force’s attack on the German cruiser Lutzow in April. 1945.

The ship’s cannons were used to hold back the Red Army’s progress during the dying days of the war.

The bombers fired 12 rounds at Lutsov, but one failed to explode and one of the planes crashed on the island of Karsibor, killing all seven crews on board.

The ship survived the attack, but was eventually captured by the Soviet army and used for targeted practice after the war. It eventually sank in the Baltic Sea in September 1947.

Earlier this month, a team of Polish divers said they found them almost intact remains of the German World War II steamer Karlsruhe, which was bombed by Soviet planes and sunk in the Baltic Sea in April 1945, killing hundreds on board.