Do not demolish old buildings, insist the architects 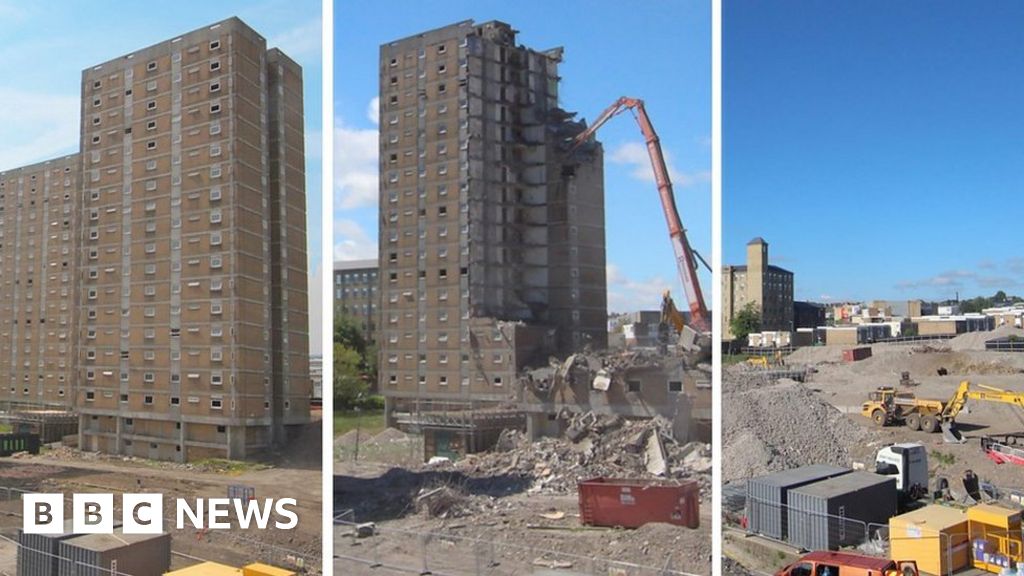 Footage from the leveling of buildings during a noisy demolition may be a popular feature on local television news, but architects say such structures need to be protected – to fight climate change.

They say property owners should be encouraged to modernize playful buildings, not just demolish them.

This is because so much carbon is released by creating steel, cement and bricks for new buildings.

In the past, there has been debate about whether it is better to demolish the climate from an old energy building and build a well-insulated replacement.

But this is now considered a serious mistake because of the amount of carbon released during the construction of the new building.

The Royal Institution of Surveyors (RICS) estimates that 35% of the carbon cycle of typical office development is released before the building is even opened. It says that the figure for housing is 51%.

These calculations suggest that it will be decades before some new buildings pay off their carbon debt, saving more emissions than they have created – and these are decades when carbon needs to fall sharply.

The Architects ‘Magazine has already provided evidence to the Commons’ Environmental Audit Committee (EAC) on the difference between the operational emissions from heating and cooling a building and the embodied emissions from the creation of building materials.

He wants the government to change the VAT rules, which could make the renovation cheaper than renovating a standing building.

Will Hirst, editor-in-chief of Architectural Journal, says: “This shocking fact has only recently been understood in the construction industry. We need to stop pulling buildings aimlessly. “

He said VAT on renovation, repair and maintenance should be reduced from 20% to zero to match the typical rate for new construction.

He continued: “It is insane that the government is actually encouraging practices that create more carbon emissions. Plus, if you’re avoiding demolition, you’re making the carbon savings you really need.

“In the past, the government has said the EU will ban zero VAT on renewal – but they can’t use that excuse now.”

And Alex Green, of the British Property Federation, said that sometimes the different level of VAT is a key factor in determining whether a building has been demolished or saved for a new purpose.

He said: “Going further would be very expensive: reducing VAT on renovations, repairs and improvements will cost the fund approximately £ 6 billion a year.

“The government has no plans to review the VAT treatment of construction.”

Moreover, ministers recently said they would ease planning rules for owners who want to demolish offices and replace them with newly built homes.

Mr Hearst urged them to rethink this plan. He suggested that the finance ministry could increase the tax on newly built projects to offset tax cuts on renovated buildings.

He also suggested planning guidelines to create a bias towards renewal.

The evidence in the Architects’ Journal was reviewed by the EAC. Its chairman, MEP Philip Dunn, told BBC News: “Prioritizing modernization can offer huge benefits.

“It increases energy efficiency and is rapidly boosting skills and green jobs in the UK. This will be a crucial component of our transition to a low-carbon economy. “

The EAC will report its findings on this in the coming months.