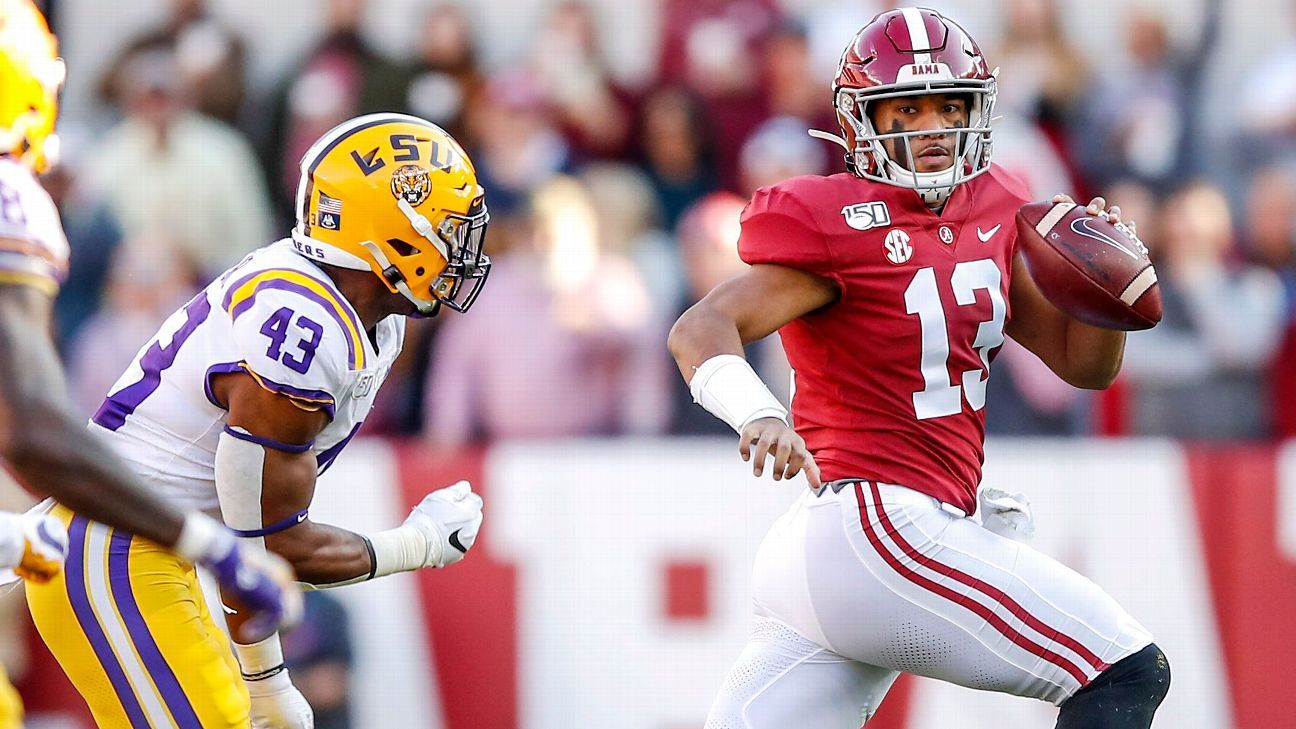 The Miami Dolphins were well-represented in Saturday's clash between LSU and Alabama in Tuscaloosa, sending general manager Chris Grier and two of his scouts to watch the game in person, ESPN league sources said.

Dolphins are not alone; 17 NFL teams had 25 representatives in Saturday's game, according to sources Bifalo Bills GM Brandon Bean.

But neither team sent a larger contingent than Miami, who must currently have three first-round picks in the next

Grier personally wanted to see both apostates, Joe Burrow and Lua of Alabama's Tua Tagovailoa, but he also wanted to see the many talents he and his organization would sift through to make their choice in April.

Many have speculated that the Dolphins (1-7) are "Toue's Tanks" but could also be "Barrow's Basement."

Miami is one of five teams to enter Sunday with one win or less and is tied with Tagovailoa and other top quarterback prospects. Flawless Cincinnati Bengals (0-8) marks longtime starter Andy Dalton last month, and could also use early quarterback selection.

Burrow was impressive in a hostile road environment Saturday afternoon, passing for 393 yards and three touchdowns as they led the second-ranked Tigers to an exciting 46-41 victory over Tagovailoa and the third-ranked Crimson Tide.

LSU had to make a 33-13 halftime advance, thanks in part to Burrow's three first-half passes, before giving up a furious late rally led by Tagovailo. The last time Nick Saban's coach allowed 33 or more points in the first half of any game was October 16, 1999, when Michigan State lost 52-28 to Purdue, who was 20 that day. Drew Brace.

Tagovailoa, broadly designed as a potential No. 1 overall pick, passed for 418 yards and four touchdowns, though only 20 days was removed from ankle surgery.