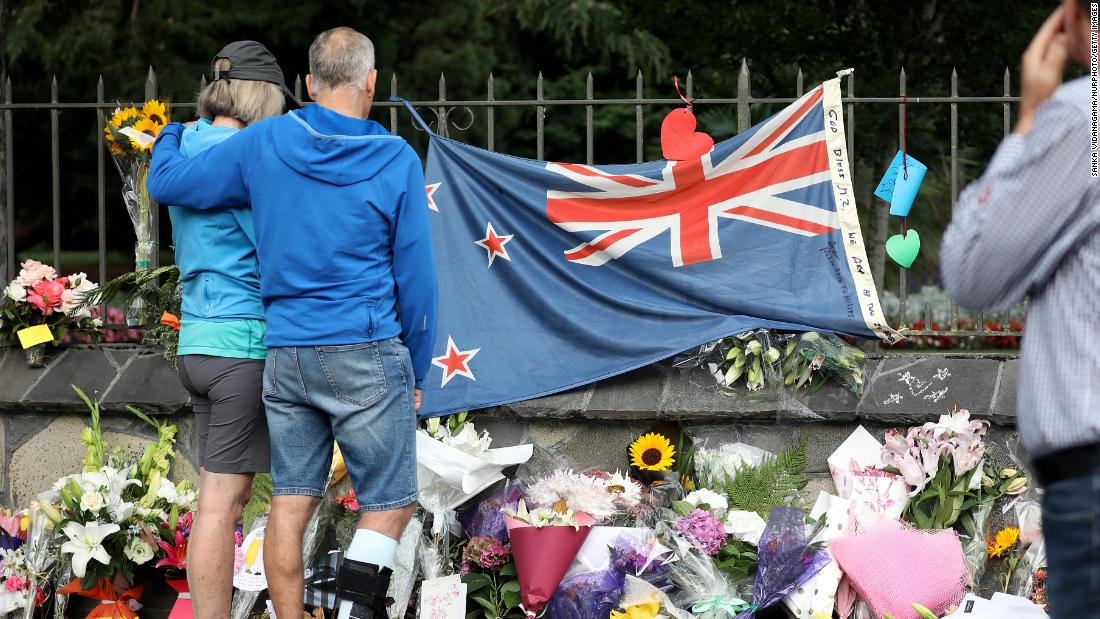 The President's refusal to be pushed into a more vehement condemnation of white supremacists, after a history of racially charged and anti-Muslim rhetoric put the administration on the defensive.

"I do not think anyone can say the President is an anti-Muslim," said White House chief Mick Mulvaney, when confronted with evidence like Trump's demand to ban all Muslim immigration during the 2016 campaign and a remark that " Islam hates us. "

Mulvaney, speaking on CBS" Face the Nation "on Sunday, pushed back on the idea that" every time something bad happens … folks who do not like Donald Trump, blame it on Donald Trump. "

On" Fox News Sunday "Mulvaney said:" The President is not a white supremacist. "

Mulvaney's comments did not explain why the President has often had a chance to strongly condemn white supremacists – for example, after the far right rhes in Charlottesville, Virginia – and has not done so

His implication that people who criticize Trump for such behavior are effectively accusing him of inciting horrific violence himself, blurs the argument in order to shield the President

Most critiques of Trump's rhetoric does not specifically say that he has caused outrages like the one in New Zealand, but whether he has a responsibility, given that a president has often been seen as a moral leader, to do more to condemn such hateful ideologies

Extremists, like the one who allegedly conducted the New Zealand attacks and the American accused of sending explosive devices to Trump's political critics and media organizations last year seem to have found some level of validation in some of the President's rhetoric.

" We have to make sure that you are safe and secure … ", said Brown and a former Republican senator from Massachusetts

" The greatest priority is to make sure that love (triumphs ) over hate, reach out to your local communities and do the things important to make this country heal, "said Brown, speaking from New Zealand

Trump's weekend tweet storm and obsession with personal slights seemed stunning given that the conversation on news sh ows the world over was focused on the attack in New Zealand.

The President's tweets are often designed to spark overreactions from the media, stir anger in his activist base and distract from his own political problems. Sometimes, he has given the impression that adopting a politically incorrect position is more important to him than voicing the kind of unifying rhetoric that has often been expected of the Presidents in the past

He bemoaned a "horrible massacre in the Mosques" and condemned how "sacred places of worship were transformed into scenes of evil killing."

But he asked if there was a rising problem with radical white supremacist influences in global politics, he undermined his previous comments by saying: "I do not really think I think it's a small group of people who have very, very serious problems. "

His failure to be more adamant in condemning white supremacy offered him an opening to his political opponents, including Democratic 2020 candidates. the very least, he is dividing people. They are using it as an excuse. And he, at the very least, should be giving strong statements, public speeches defending Muslims in this world, "said Minnesota Democratic Sen. Amy Klobuchar, who is running for president, on" State of the Union. "

of our jobs, as a leader, is to stand up, whether people are Jewish, whether they are Muslims, no matter how they worship, no matter what they look like. We have to remember that they are all part of a country of shared dreams. And that's the United States of America. "

A new debate on the issue, however, could also play in the efforts of President to stir his own base and advance the narrative that he is unfairly targeted for not being politically correct. Trump's weekend tweets covered everything from Russia's investigation to his support for Fox News.

The President's attacks sparked a response from McCain's friend, Sen. Lindsey Graham of South Carolina, who is usually a strong Trump supporter

"As to @SenJohnMcCain and his devotee to his country: He stepped forward to risk his life for his country, served honestly under difficult circumstances, and was one of the most important senators in the history of the body … Nothing about his service will ever be changed or diminished, "Graham wrote on Twitter

Trump also defended one of his most vociferous cheerleaders on Fox, Jeanine Pirro, who did not appear in her usual spot on Saturday night after questioning whether the religious beliefs of Muslim Rep. Ilhan Omar was compatible with the US Constitution

"Bring back @JudgeJeanine Pirro." The Radical Left Democrats, working closely with their beloved partner, Fake News Media, uses every trick in the book to SILENCE and the majority of our country , "Trump wrote on Twitter