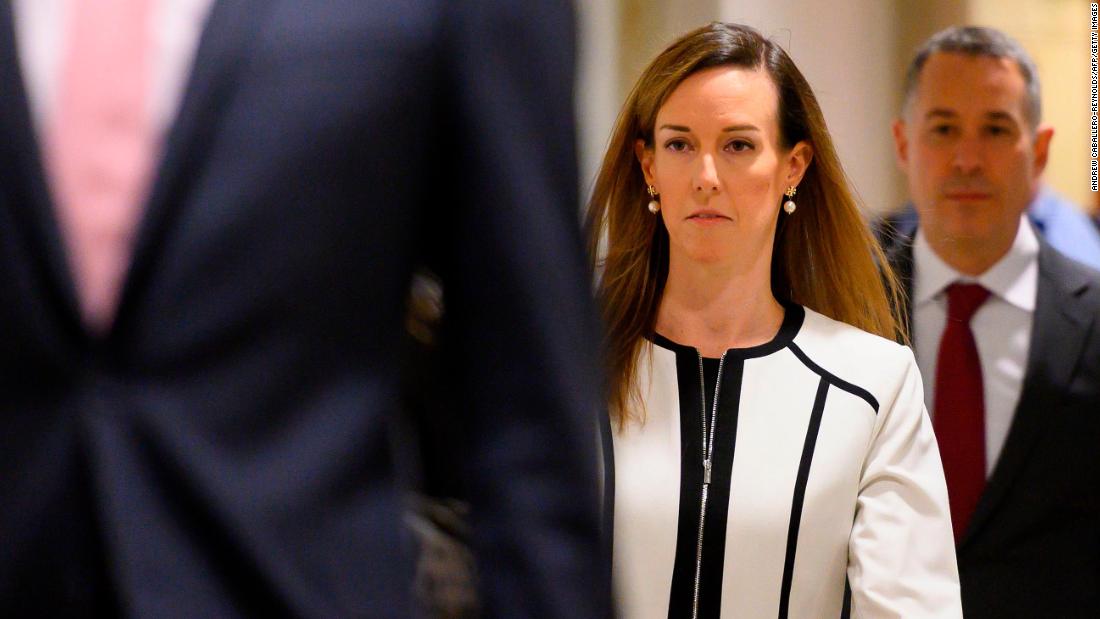 Jennifer Williams, Assistant to Vice President Mike Pence and a foreign service career officer, is due to appear before the House Intelligence Committee on Tuesday. In his Sunday tweet, Trump raised an unfounded accusation against other officials who testified in the study, characterizing Williams as never Trump and associating her with other "Never Trumpers."
A tweet a day after Williams earlier, closed-door testimony was released, Trump urged Williams to "read MANY transcripts of presidential calls."
During a closed-door deposition earlier this month, Williams told lawmakers that he was in the White House Situation Room and was listening to Trump's real-time phone conversation with Ukrainian President Vladimir Zelensky and reviewing an April transcript calling Trump before Pence's own April conversation with Zelensky. Williams is also listening to a second call between Pence and Zelensky, which took place on Sept. 18 after security detention was lifted.
The July 25 call to Trump is at the center of an impeachment investigation in which a complaint alleges Trump claims dirt on former Vice President Joe Biden, a rival president in 2020, and his son, Hunter Biden. There is no evidence of misconduct by Biden in Ukraine.

CNN reached out to Williams and her lawyer for comment .

She currently serves as Special Advisor to the Vice President for Europe and Russia. Current and former colleagues have praised Williams, with one White House official saying, "She is the most professional person in this building."
Williams is simply the latest government official to accuse Trump of proving that he has never not a trumpeter. He also identified Bill Taylor, the highest-ranking US diplomat in Ukraine and official Lieutenant Colonel Alexander Windman as such.

Greg Clary and CNN's Alex Markard contributed to this report.