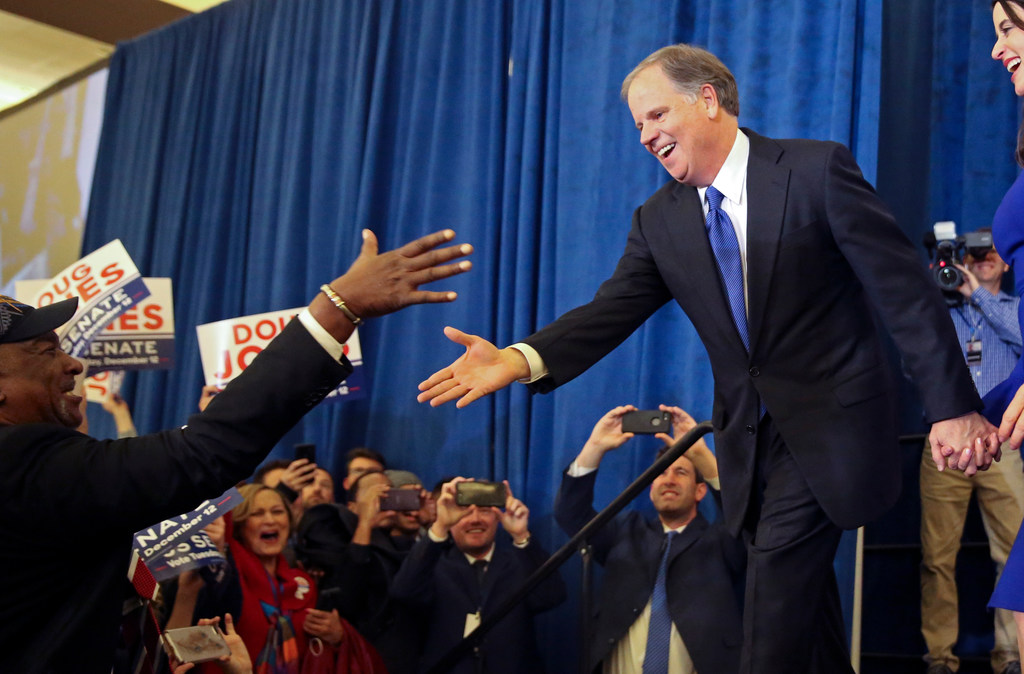 Sen. Doug Jones launches his re-election bid today with a campaign at the B&A Campaign in downtown Birmingham.

"There are simply not enough words to describe how honored I am to be your senator in the United States," he told a crowded warehouse after he appeared on the stage of John Fogerty's song "Centerfield."

There have been some of Jones's biggest applause moments when he spoke of the "common sense" of gun reform, supporting increased access to voice and supporting a woman's right to choose when she wanted to become a mother.

Jones also talks about events that have recently hit Alabama in the spotlight, including the admission of Gov. Kay Ivy earlier this month that she appeared in the black skate in the 1

960s. surfaces. [19659005] "The sad thing is that 64 years after the bus boycott at Montgomery Bus … the state of Alabama still has to promise to show the nation where we've come," he said. "It is painful to admit that in the eyes of the nation, people simply do not believe that we have come very far.

" They are wrong. I know they are. But we have to show it.

Also present at the event were speakers including reporter Terry Sewell and Birmingham Mayor Randal Woodfin and actor Michael Onel.

The Alabama Senate race has generated national interest since Jones won in 2017, and his ability to hold the Democrat seat in deeply conservative Alabama could help determine whether Republicans maintain control of the Senate.

Jones addressed the 2017 election several times during his risk speech, calling the result a turning point for Alabama.

"I believe at this critical moment we collectively chose to move forward, to unite," he told the crowd. – I know the elections were close and I'm not stupid enough not to know that these elections will be over. That's right.

"But there was a movement (the same night) that continued. Hope replaced despair. Hope for Alabama, hope for America. Not for me, but for you. "

The event is also live streamed by The Prescriptions, a band produced by Alabama-based Single Lock Records . The band's singer / guitarist Hayes Rugsdale is from Birmingham.

The Republican National Committee responded to the rhythm by issuing a statement: "Doug Jones may start his campaign today, but Alabama will make the most of 2020."

A truck parked near the B&A warehouse. carrying electronic billboards with anti-Jones identifying Jones as siding with the Socialists. It was sponsored by the National Committee of the Republican Senate.

Jones addressed him during his kick ass speech, receiving the biggest laugh of the afternoon: "You might even have seen (separation policy) in a big ol" black truck moving down the street today. A socialist? Come on. If this is the best they have done so far, let them bring it.

An electronic billboard truck for countries that says "Democrat vs. Trump Doug Jones is on the Socialist side of DC" sitting next to Railroad Park. I think he said he was paid by the NRSC.

The DJ is running his party to launch the campaign today, so I would imagine it had something to do with it. pic.twitter.com/Yem6JopkGa