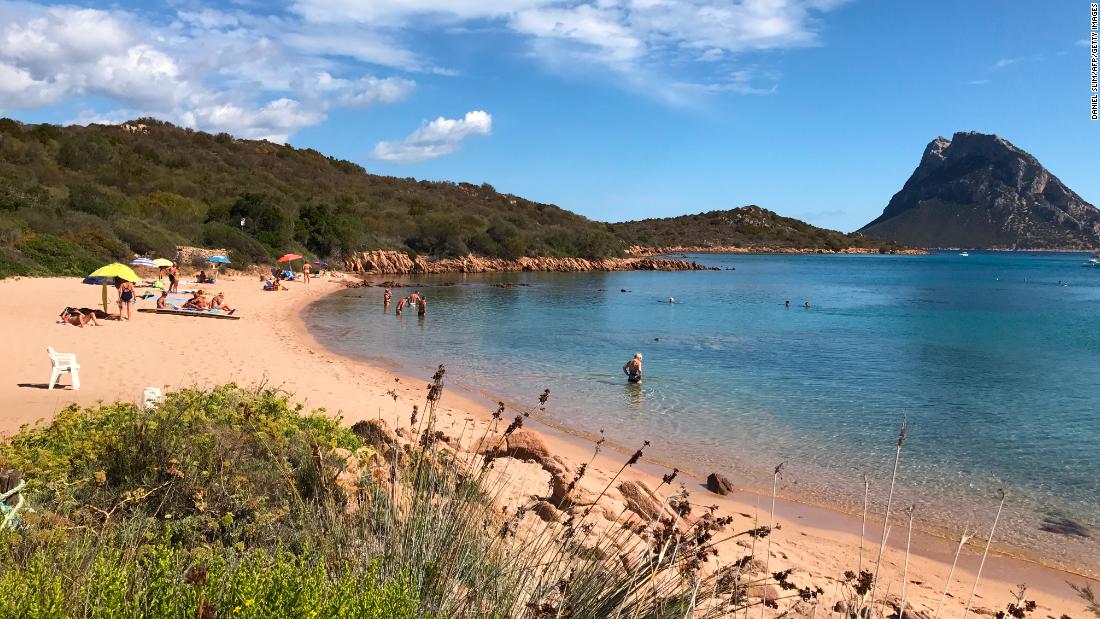 (CNN) – Italian police seized more than 200kg of sand, stones and shells stolen from Sardinia’s beaches last year, handing out fines to dozens of tourists who took them as souvenirs.

The items were returned to the beaches from which they were taken earlier this week, according to a statement from the Guardia di Finanza, Italy’s financial police.

The idyllic white sand of the Italian island is protected, and tourists face hefty fines and even imprisonment to remove it from local beaches.

1; totaling more than 100kg – were carried out “despite a significant drop in the number of tourists on the island last summer” due to the Covid-19 pandemic, the statement said.

Police are conducting regular checks on departing passengers at Olbia Costa Smeralda Airport on the island, as well as on various e-commerce sites where the sand is sold, they added.

In 2017, a regional law was introduced that made it illegal to take sand from the beaches of Sardinia. Regulations were introduced because incidents became more frequent and more problematic.

Beaches with “incredibly” colored, pink or very white sand are particularly vulnerable to attack, the island’s Forest Rangers told CNN last year. “We found a website that sold our sand as souvenirs. It has become a very famous phenomenon here in Europe,” he said.

In September 2020, a French tourist was ordered to pay a € 1,000 fine after trying to take off from Sardinia with more than four pounds of local sand in his luggage.
A French couple was threatened with imprisonment in 2019 after 14 plastic bottles containing about 40 kilograms of white sand were found in their car while they were waiting to board a ferry.