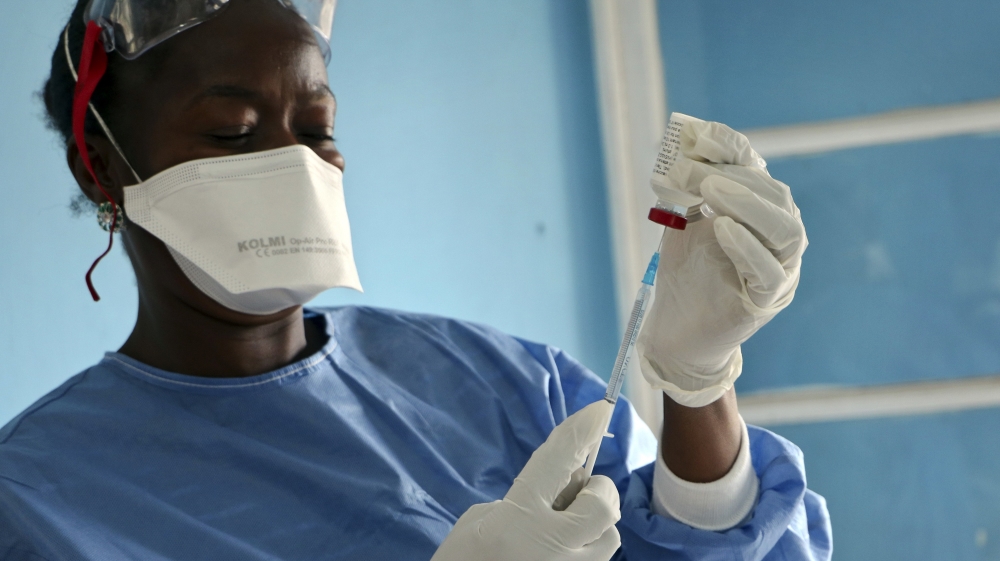 Health authorities in the Democratic Republic of the Congo (DRC) have said they plan to introduce a second Ebola vaccine to tackle the second-worst outbreak of the virus in history.

The team overseeing the DRC's response announced the move on Saturday but did not say when the vaccine – manufactured by US-based firm Johnson & Johnson – would be introduced.

It will complement another vaccine produced by US pharmaceutical giant Merck which has been administered to more than 220,000 people since DRC's Ebola epidemic erupted in the country's eastern North Kivu and Ituri provinces in August 201

The Johnson & Johnson product has been a source of controversy among DRC health officials.

Former health minister Oly Ilunga Kalenga who was stripped of oversight of the Ebola response in July, opposed its use, saying it had not been proven safe or effective and could confuse local populations.

The Johnson & Johnson vaccine requires two injections eight weeks apart, unlike the Merck vaccine, which requires a single shot. The Merck product is experimental but is estimated to be 97.5 percent effective and, according to the World Health Organization (WHO), may protect a person for up to 12 months.

In their statement, the current Ebola response team said The Johnson & Johnson product was also safe for employment and noted that it was already trialled in neighboring Uganda and the West African country of Guinea.

"It is a vaccine that other countries already use. Don't we use it in Congo to protect our population? " the statement said.

Figures released by DRC health ministries this week showed that Ebola deaths in the sprawling North African country's eastern regions had reached 2,108, with more than 3,000 confirmed cases of the virus.

A few cases were confirmed in neighboring Uganda earlier this year after infected patients crossed the border, but all of those individuals either died or were sent back to the DRC for specialized treatment.

Attempts to end the epidemic have repeatedly been hampered by security issues in the eastern DRC and regular attacks on medical teams trying to tackle the haemorrhagic fever amid mistrust within some communities over the outbreak and response efforts.

On Thursday, the World Health Organization (WHO) warned that transmission appeared to be worsening, after North Kivu and Ituri provinces registered 57 new confirmed Ebola cases in the week leading up to September 17, compared with 40 new cases a week earlier.

At the same time, the WHO said a number of "localised, minor security incidents" continued to mar the response to the outbreak, including impeding safe burials of highly contagious bodies and the administration of vaccines around the towns of Mambasa and the Command, in Ituri province.

Even more concerning was a four-day "major security incident" that erupted in Lwemba, in the Mandima health zone in the Ituri province, last Friday in reaction to the Ebola death of a local healthcare worker.

"Due to the violence that occurred during the incident, all activities were suspended in the area until further notice, "WHO said.

The UN health agency, which in July declared an epidemic a" public health emergency of international concern ", said the suspension was having" a serious impact on response activities on the ground. "

"It could lead to gaps or delays in the reporting of new [Ebola] cases in this hotspot area," it cautioned.

Such incidents, WHO added, highlighted the necessity for continued and proactive engagement with communities in impacted areas.