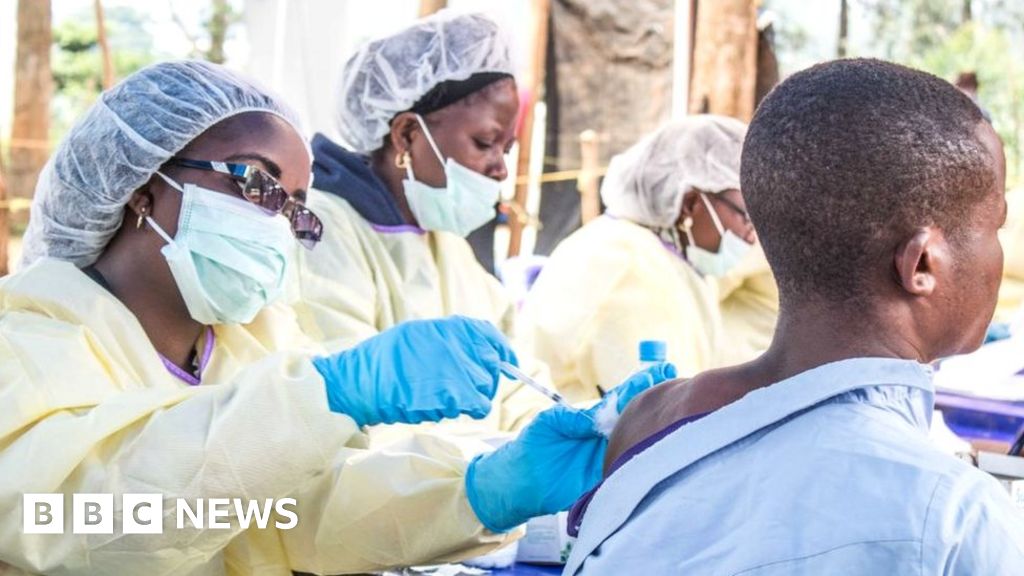 Authorities in the Democratic Republic of the Congo plan to use a second Ebola vaccine to help control a fire that killed more than 2,1

In July, former Health Minister Olli Ilunga opposed its use, saying it had not been effective.

This outbreak, in eastern DRC, is the second largest in history.

The Johnson and Johnson vaccine will supplement the Merk vaccine, which was administered to 225,000 people in the last year, according to the government

But the DRC Ebola team has not yet said when it will be introduced .

Responding to safety concerns, the team said in a statement quoted by Reuters that "this is a vaccine that other countries offer to use dye. Why can't we use it … to protect our population? "

Leading health experts say the second vaccine is safe and can be an important tool to contain the spread of the virus.

Earlier this year, Johnson and Johnson said they had 1.5 million deployment doses.

The current vaccine, which is in short supply, is given only to healthcare professionals and people who may be exposed to

The new vaccine could create a firewall by vaccinating people outside the immediate area of ​​the outbreak.

The Congolese authorities intend to use the second vaccine outside the infected areas in the Ituri and North Kivu provinces. First, they want to protect small Congolese traders who regularly move to Rwanda.

There is concern that the new vaccine – which requires two injections of at least 25 days – may be difficult to administer in a region where the population is highly mobile and uncertainty is complete.

The Merck vaccine requires only one injection.

Uncertainty in the eastern part of the country and people's suspicions of treatment make efforts difficult.

About 200 health facilities were attacked in the country this year, resulting in impaired vaccinations and treatment. In an incident, family members were attacked by health workers who were watching their relative's funeral.

A 2018 study published in the Lancet medical journal, says "the belief in misinformation is widespread" about the Ebola epidemic.

In a statement in August, the World Health Organization (WHO) called on states and non-governmental organizations that offered assistance to "increase their presence in the field of Ebola and address one of the largest and most complex humanitarian crises The current epidemic in the eastern DRC began last August and is the largest of the 10 that have affected the country since 1976, when the virus was first detected.

In July, WHO declared the Ebola crisis in the country "emergencies

But it was downplayed by the 2014-16 West African epidemic, which affected 28,616 people, mainly in Guinea, Liberia and Sierra Leone. the largest outbreak of the virus ever recorded.