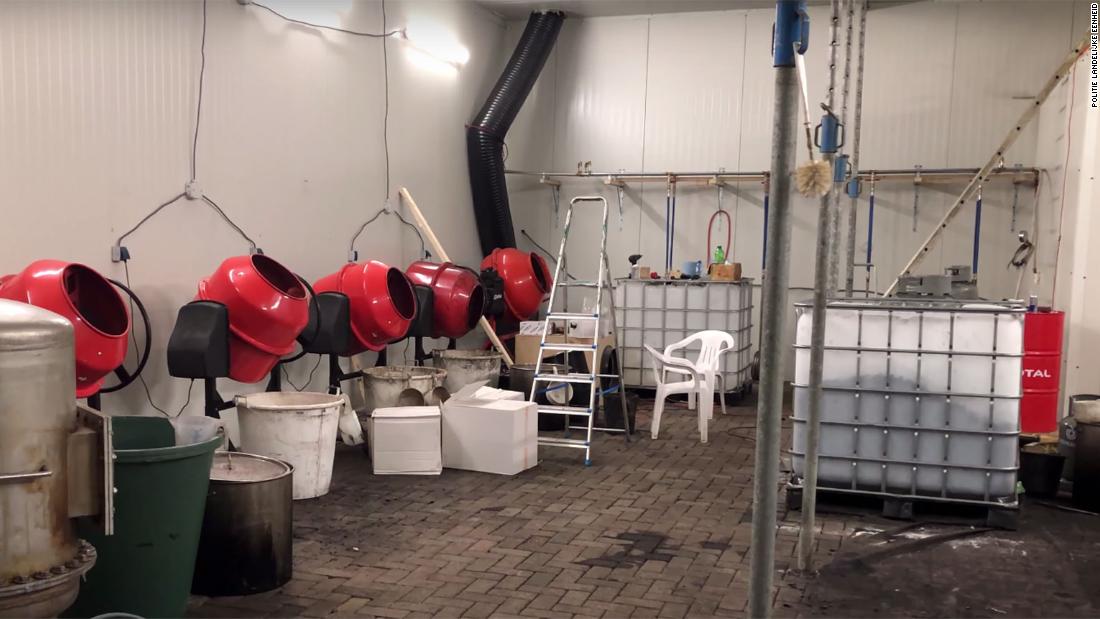 The lab was housed in an old riding school in Nevien, about 75 miles northeast of Amsterdam, and includes dormitories and recreation areas, according to a police statement released Tuesday.

“This is the largest cocaine laboratory ever discovered in the Netherlands,” said Andre van Rijn, chief inspector of the National Dismantling Support Facility (LFO), which is dismantling the laboratory.

“Given the number of people who worked there, the installation, the size, the furniture and the equipment, we estimate the production capacity at 150 to 200 kilograms of cocaine per day.”

On August 7, police raided the facility, as well as warehouses in Elshout and Apeldoorn. They found tens of thousands of gallons of chemicals used to make cocaine, 100 kilograms (220 pounds) of cocaine base and 120,000 kilograms (265,000 pounds) of carrier material used to smuggle the drug.

Of the 17 arrested, three are Dutch, one is Turkish and 13 are Colombians.

They are suspected of producing drugs and will appear before a magistrate on August 12th and 13th.