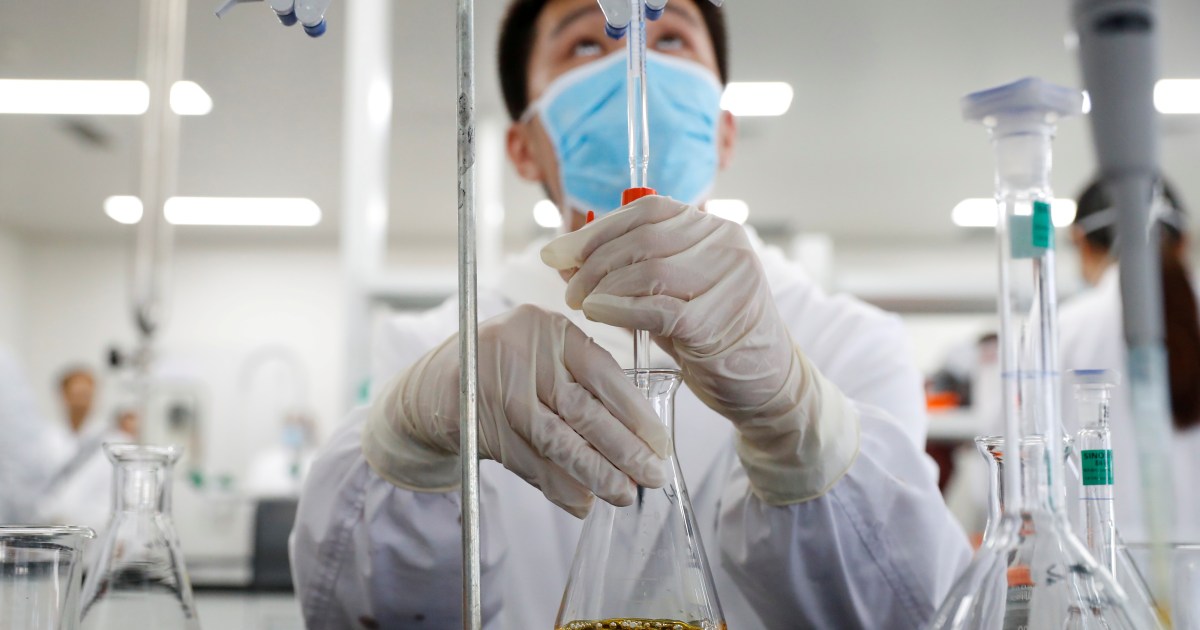 Sinovac Biotech CoronaVac’s experimental COVID-19 vaccine elicited a rapid immune response, but the level of antibodies produced was lower than in people who had recovered from the disease, early results from Wednesday showed.

Although early to intermediate studies are not intended to evaluate the efficacy of CoronaVac, the researchers say it may provide adequate protection based on their experience with other vaccines and data from preclinical studies in macaques.

The study follows encouraging reports this month from US drugmakers Pfizer and Moderna, as well as Russia’s Sputnik V, that their experimental vaccines were more than 90 percent effective based on interim data from large late-stage studies.

Sinovac’s findings, published in a peer-reviewed article in the medical journal The Lancet Infectious Diseases, come from the results of phase I and phase II clinical trials in China involving more than 700 participants.

“Our findings show that CoronaVac is able to induce a rapid response to antibodies within four weeks of immunization by giving two doses of the vaccine at 14-day intervals,” said Zhu Fengkai of Jiangsu Provincial Centers for Disease Control and Prevention. Nanjing and one of the authors of the report.

“We believe this makes the vaccine suitable for emergency use during a pandemic,” Zhu said in a statement published with the newspaper.

Among the limitations of the Phase II trials, the researchers noted that only healthy adults participated and that the study did not include individuals from groups known to be more susceptible to COVID-19, including people 60 years of age or older, or with other major diseases.

He also did not evaluate the T-cell responses, which he said would be part of a phase III study in Brazil. Phase III trials are also underway in Indonesia and Brazil, which report the most cases of coronavirus in the world after the United States and India.

The findings of these large late-stage studies would be crucial in determining whether the immune response generated by CoronaVac is sufficient to protect people from coronavirus infection, the researchers said.

Naor Bar-Zeev of Johns Hopkins University, who was not involved in the study, said the results should be interpreted carefully until the results of phase III are published.

“But even after that, after completing the Phase III test and after licensing, we need to be prudent,” he said.

CoronaVac is one of three experimental vaccines against COVID-19 that China is using to inoculate hundreds of thousands of people under its emergency program.

The other two vaccines in China’s emergency program, both developed by Sinopharm-related institutes and another vaccine from CanSino Biologics, have also been shown to be safe and elicit immune responses in early and middle-stage studies, according to peer-reviewed articles.

Gang Zeng, a Sinovac researcher in the CoronaVac study, said the vaccine could be an attractive option because it could be stored at normal refrigerated temperatures between 2 and 8 degrees Celsius (36 ° – 46 ° F) to remain stable for up to three years.

“(This) would offer some advantages for distribution in regions where access to refrigeration is a challenge,” Ganges said.

In contrast, vaccines developed by Pfizer / BioNTech and Moderna use a new technology called synthetic sent RNA (mRNA) to activate the immune system against the virus and require far colder storage.

The Pfizer vaccine should be stored and transported at -70 ° C, although it can be stored in a normal refrigerator for up to five days or up to 15 days in a thermal delivery box. Moderna is expected to be stable at normal temperatures in the refrigerator for 30 days, but should be kept at -20 ° C for up to six months.

CoronaVac is also being considered by Brazil and Indonesia for inoculations in the coming months.

Indonesia has requested urgent permission to launch a mass vaccination campaign by the end of the year, and vaccines produced by Sinovac and China’s Sinopharm are expected to be used in the early stages of the campaign.

Brazil’s Sao Paulo will begin importing the first of 46 million doses of Chinese Sinovac vaccine against COVID-19 this week and plans to introduce CoronaVac as early as January.