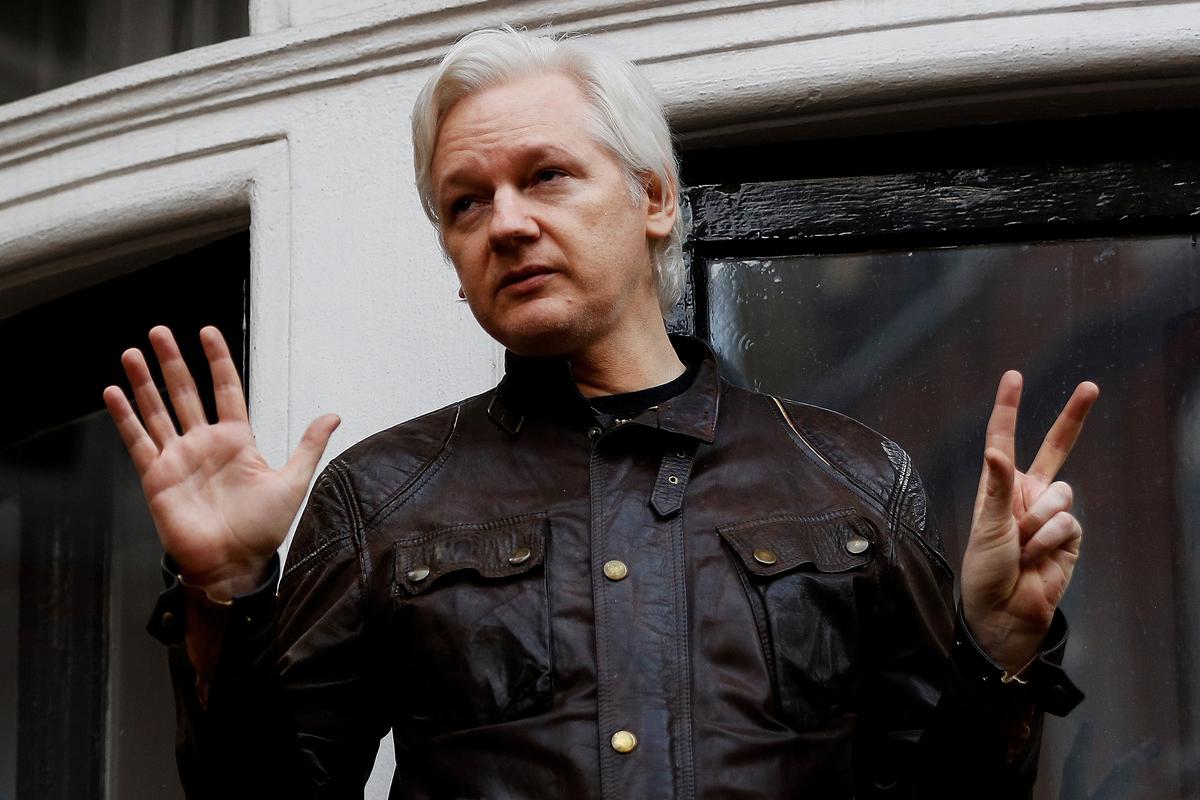 QUITO (Reuters) – President Lenin Moreno of Ecuador told radio stations Tuesday that WikiLeaks founder Julian Assange has "repeatedly violated" the terms of his asylum in the Andean nation's London embassy, ​​where he has lived for nearly seven years.

FILE PHOTO: WikiLeaks founder Julian Assange is seen on the balcony of the Ecuadorian Embassy in London, Britain, May 19, 2017. REUTERS / Peter Nicholls

Moreno, interviewed by the Ecuadorean Radio Broadcasters' Association, said Assange does not having the right to "hack private accounts or telephones" and can not intervene in the politics of other countries, especially those who have friendly relations with Ecuador.

Attorneys for Assange did not immediately reply to requests for comment.

Moreno made the comments on Assange after his private photographs of him and his family at a time when they were living in Europe circulated on social media. Although Moreno stopped short of explicitly blaming Assange for the leak, the government said it believed the photos were shared by WikiLeaks.

"Mr. Assange has violated the agreement we reached with him and his legal counsel too many times, "Moreno said in an interview in the city of Guayaquil. "It is not that he can not speak and express himself freely, but he can not lie, nor much less hack private accounts or phones."

Moreno did not say whether or not the government would take steps to remove Assange from the embassy.

Assange took refuge in Ecuador's London embassy in 2012 to avoid being extradited to Sweden, where authorities sought to question him as part of a sexual assault investigation.

That probe was later dropped, but Assange fears could be extradited to face charges in the United States, where federal prosecutors are investigating WikiLeaks.

Last year Ecuador established new rules for Assange's behavior while in the embassy, ​​which required him to pay his medical bills and clean up after his pet cat. He challenged the rules in local and international tribunals, arguing they violated his human rights. Both courts ruled against him.

Last month, the Inter-American Commission on Human Rights, which was linked to the Organization of American States, rejected Assange's request that Ecuador ease the conditions it imposed on his residence in the London embassy.

Assange says Ecuador is seeking to end his asylum and is putting pressure on him by insulating him from his visitors and spying on him. Ecuador has said its treatment of Assange was in line with international law, but that his situation "can not be extended indefinitely."