Electoral mayoralties in 2020 with Steve Bullock and Bill de Blasio 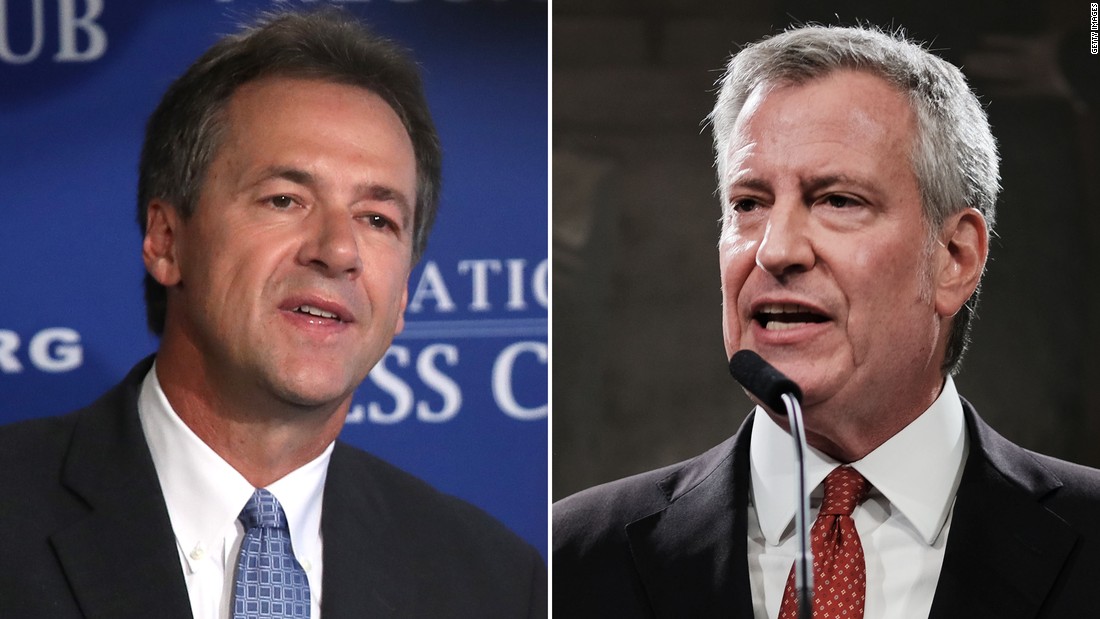 Here is his current position on these key issues:

Education : De Blasio said during the first democratic debate that the party should support a "free public college for our young people". Under de Blasio, New York created a universal public system before K, which he points to as a success.

Health : De Blasio argues that healthcare should be right and supports a move to government run a system like "Medicare for All" – which would create a government-backed health plan – as well as the elimination of private health insurance. He said he supported the state's move to create public health programs in the absence of a federal system.

Gun Violence : De Blasio is a member of the Mayors Against Illegal Weapons, a coalition organized by Everytown for Weapons of Security, a gun control group funded largely by de Blasio's predecessor Michael Bloomberg. In June, de Blasio called for New York pension funds to be released by the creators of Nar. Assault weapons and high capacity magazines.

Immigration : De Blasio has taken concrete steps in New York to expand the services and civil protection of undocumented immigrants, including providing access to city identity cards and free legal advice. He advocated for immigration audits, including giving some undocumented documents that were brought to the US as children a path to citizenship.

Economy : He voiced support for repealing Trump's tax cuts in 2017 for the wealthy and corporations. In July, he introduced a Fair Share tax plan that included an asset tax over $ 10 million, a 50% -60% inheritance tax of more than $ 1 million, and an increase in maximum income tax caps to 50% on income between $ 1 million and $ 2 million and 60% for incomes over $ 2 million. He would also impose a one-time 40% tax on assets over $ 50 million for anyone who renounces their US citizenship – what he calls "conversion tax." He calls for a minimum hourly wage of $ 15, paid sick leave and a stronger worker protection through his 21st Century Workers' Rights Bill.