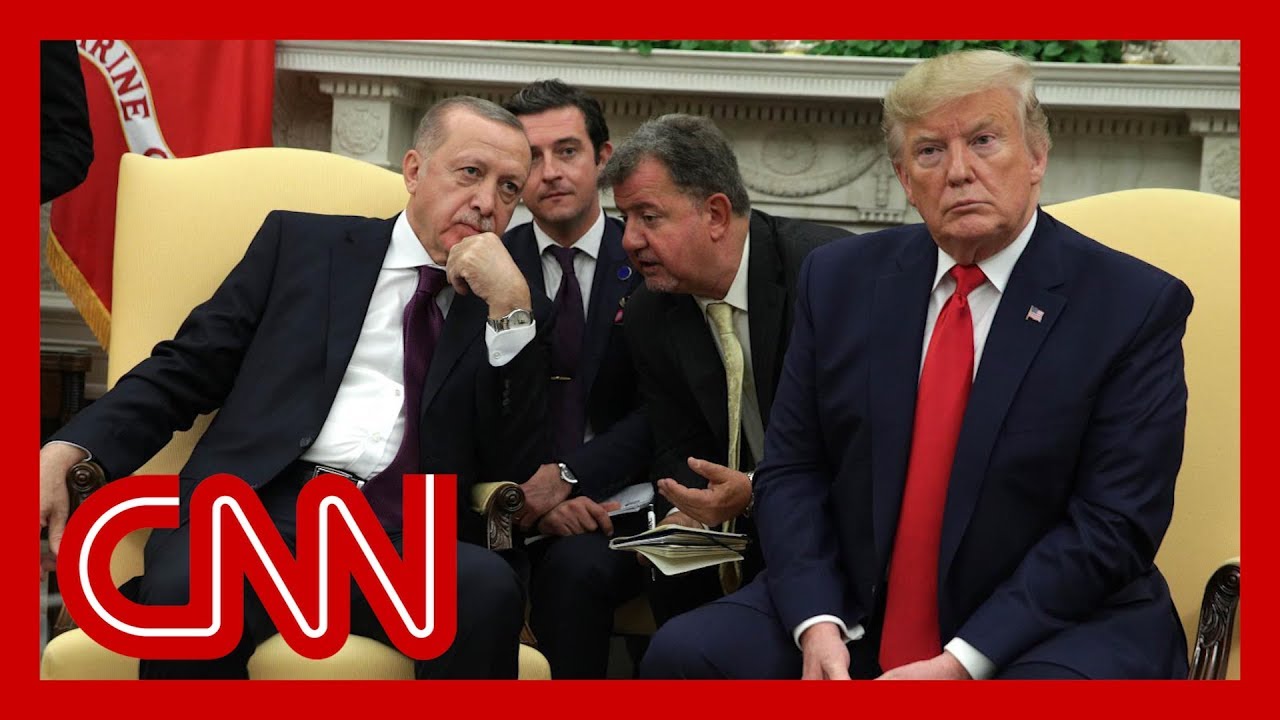 During a meeting in the Oval Office, Turkish President Recep Erdogan took out an iPad to show a small group of Republican senators and President Donald Trump a propaganda video that casts Kurds in a negative light, according to a GOP source familiar with the situation. CNN's Don Lemon and Farid Zakaria discuss.

Biden on Trump’s refusal to commit to peaceful transfer of power: “Which country are we in?”