Erdogan: There is no turning back from the S-400 agreement with Russia's US news 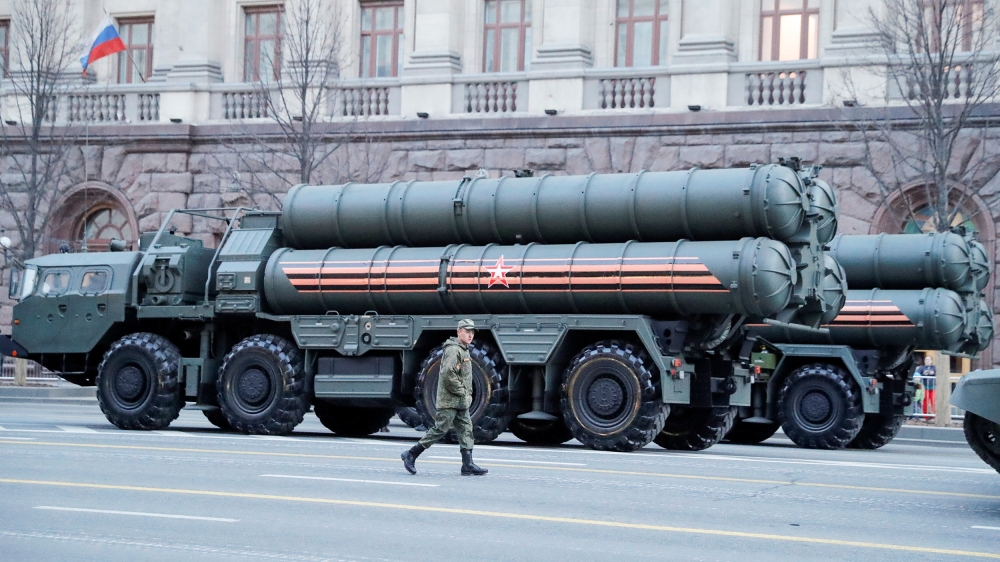 President Recep Tayyip Erdogan said on Tuesday that Turkey will accept the Russian C-400 missile defense system in July – an agreement that has created tension with the United States.

"The issue of the S-400 is an issue directly related to our sovereignty and we will not go back." Thanks to God, delivery of the S-400 will begin next month "said Erdogan

Turkey plans to buy 100 F-35 fighters manufactured in America and has bargaining contracts for aircraft parts. The United States claims the S-400 is not compatible with NATO systems and is a threat to the security of its own F-35 program.

Washington threatened to impose sanctions on Ankara and prevent Turkey from buying the F-35. "To meet its security needs, Turkey … needs no solution, not to mention pressure," Erdogan said.

Erdogan also promised to use his good relations with his American counterpart, Donald Trump, in order meeting at the G20 Summit in Osaka, Japan later this week,

The United States can not allow Turkey to fly or help to produce airplanes F-35 if Ankara continued the purchase of the Russian air defense system, the US envoy to NATO said on Tuesday.

The collapse of the F-35, we can not affect or destabilize the F-35 if we have this Russian system in the [NATO] alliance, "Kay Bailey Hutchison told reporters

"Whatever the sanctions we have, despite the messages from America, we have bought the S-400," said Minister Mevlut Chavusoglu to reporters

tomorrow there is an attack on Turkey, we can not expect NATO to protect us because NATO's capacity will shield "The relationship with Washington has worsened in recent years on a number of issues, including the S-400 agreement and US support for Syrian Kurdish fighters seen by Turkey as" terrorists "

Earlier this month, US authorities announced that Washington has suspended training of Turkish F-35 fighter pilots in an Arizona state air base.