Esther Dingley, a British tourist, disappeared in the Pyrenees 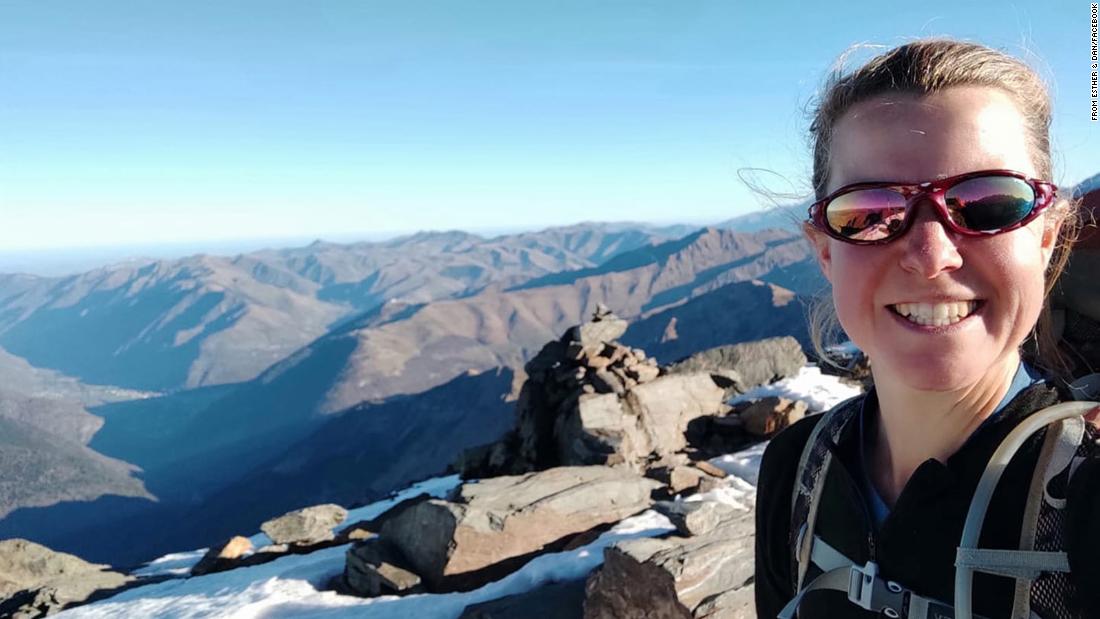 Esther Dingley, 37, was last seen on November 22, according to a Facebook post by her partner Dan Colgate on Saturday. The couple has been traveling around Europe since 2014, documenting their adventures on social media.

“I’m broken. Broken to announce that my beloved Esther, the man who taught me how to feel, is missing,” Colegate wrote on the couple’s Esther and Dan page.

Dingley was last seen on November 22 on the Spanish side of the mountains, a spokesman for the local mountain rescue team, PGHM, told CNN.

Sixteen members of the team searched for Dingley by helicopter, but so far have found no trace of her, the spokesman said.

“Anyone who has seen or contacted this tourist has been asked to contact PGHM Bagnères de Luchon,”

Dingley set out on November 22 and was due to return on November 25, according to the publication. Her planned route took her between the mountain passes of Port de la Gler and Port de Venasque, PGHM reported.

The couple began traveling around Europe in a camper in 2014 after a colleague suffered from a serious illness. Since then, they have documented their journey on social media.

“I have not said anything, but this wonderful man believes in the power of positive thought and I will take everything right now if it means that it can be found,” he wrote. “I need it back. I can’t face the alternative.”