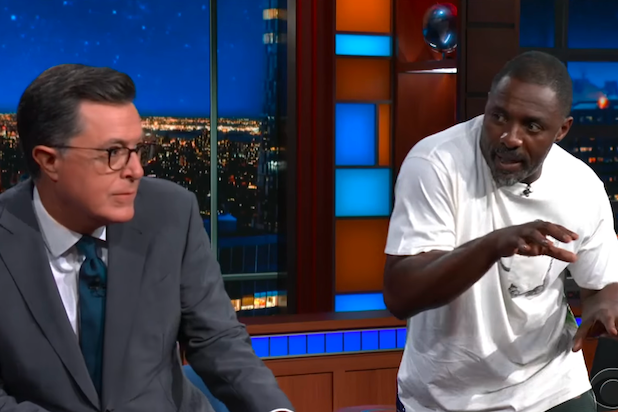 Idris Elba has already set aside a lot to transform into a cat to play Macavity in Universal's live action in Cats, and Stephen Colbert really threw him under the bus Monday night, asking him to explain the movie plot .

"I suppose it's about … a cat? How's it going?", Replied the British actor before whimpering that it was a "classic" based on a musical by Andrew Lloyd Webber while sounding like a coughing foul. trying to find the right words.

"It's a cat's journey to what is essentially a cat's sky," Elbe replied, finally entering her groove. "And the idea is that we all strive to get there. next to the cat sky, there's this young cat and she delves into this story about how to get into cat heaven … how do i do it? "What's the story?", he asked the audience of "The Late Show."

Colbert said. that this was the "best explanation" he had ever heard about a story but hadn't been hooked there. He then asked Elba about going to a "cat school", in which Elba said she needed to learn from instructor how to move and behave like a cat.

"Cats are sprawling and it's one shoulder to the other," the Luther star demonstrates. "And then she will tell you, what is this noise ?!"? Then Colbert shook his head like a pro. Take that James Cordon!

Elba said earlier in the video that he was even annoyed with his Hobbs & Shaw stars Dwayne Johnson and Jason Statham when they learned about the project he was doing right after the hot and furious Tom Tom Hooper would music on Cats.

segment of the Elbe Watch at Colbert above.