Examination of a helicopter, a small plane crash in the air over the Spanish island of Majorca; 7 dead 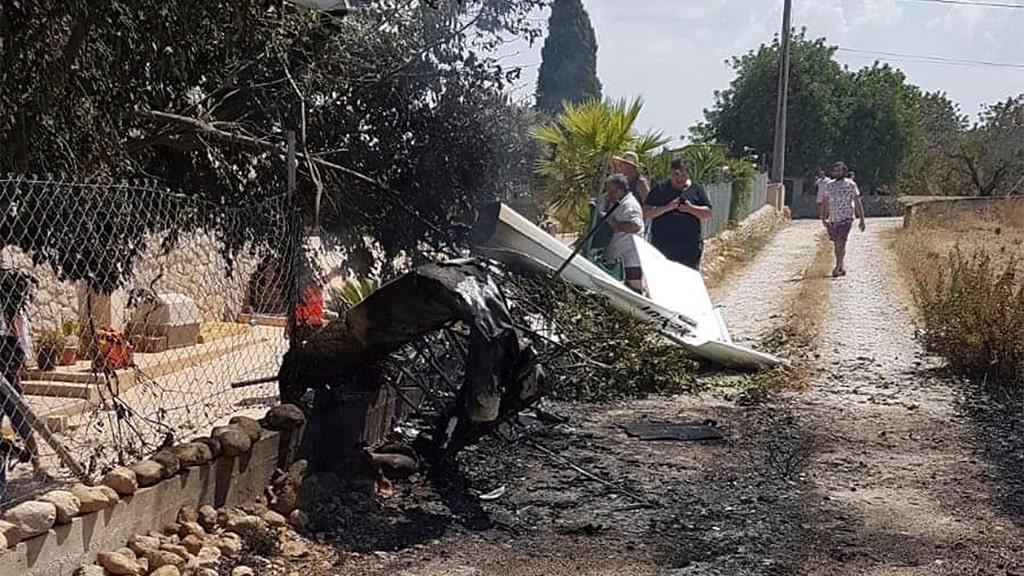 Seven people, including two children, were killed Sunday in a crash in Midair involving a helicopter and a small plane over the Spanish island of Majorca, investigators said.

The helicopter, which was on a remarkable tour, collided with a small plane over the city of Inca, according to the Guardian, which cites the regional government of the Balearic Islands, which includes Mallorca.

Two people were on the plane and five in the helicopter; they all died in the crash, the newspaper reported, citing a police spokesman.

Fragments from a fence following the crash near Inca in Palma de Mallorca, Spain, on Sunday.
(Incendios f.Baleares Via AP)

The cause of the crash was not immediately apparent.

YOU CAN FEED FRIDGE MAKES RECYCLING, SPANISH POLICE ON YOUR ORDER with you or two 19659008] One of the victims of the helicopter is the Italian private Spanish news agency Europa Press.

The helicopter was registered in Germany, the police spokesman said, and added that the investigation was continuing.

A helicopter and an airplane crashed into a field. Part of the remains landed near homes in rural areas.

Spanish Prime Minister Pedro Sanchez has expressed condolences to the victims' families, tweeting that he is saddened by the "tragic catastrophe."

Majorca and other Balearic Islands are popular tourist destinations, especially in summer.