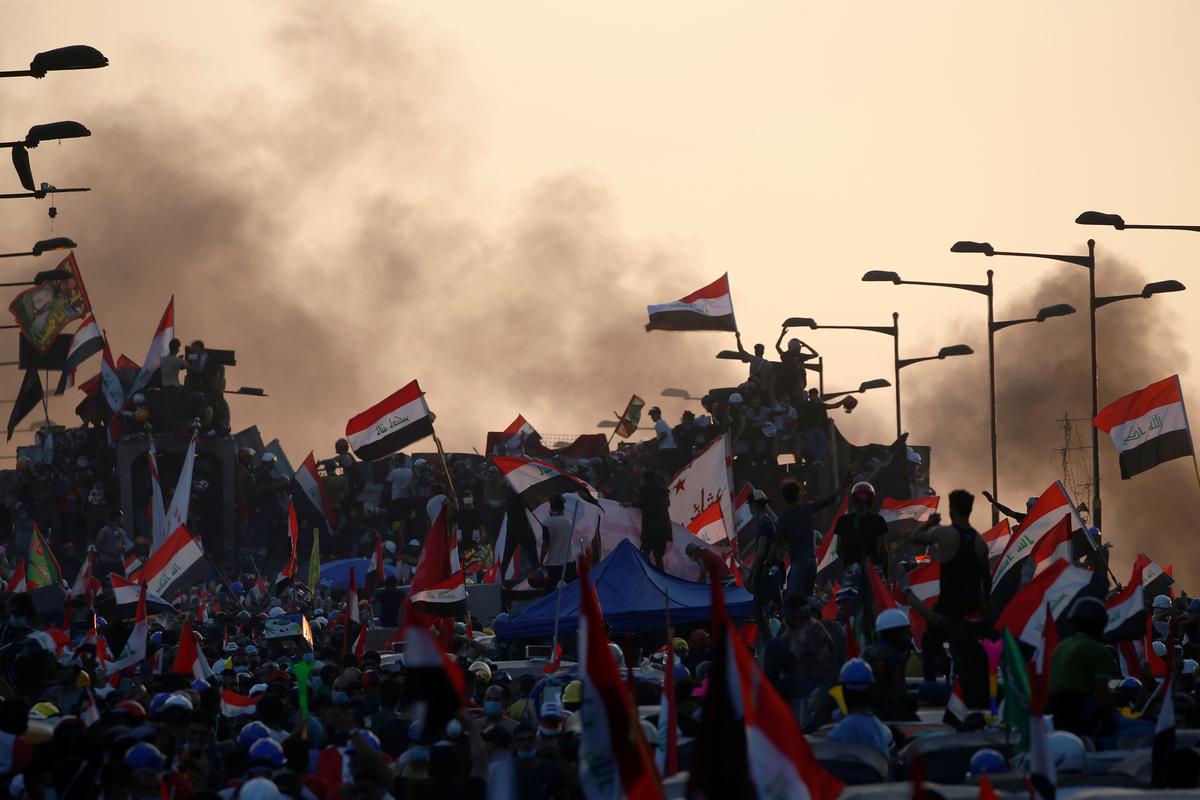 Baghdad (Reuters) – Iran has intervened to prevent the ouster of Iraqi Prime Minister Abdel Abdul Mahdi from two of Iraq's most influential figures amid weeks of anti-government demonstrations, sources close to the two men told Reuters.

Shiite populist cleric Moqtada al-Sadr has asked this week for Abdul Mahdi to call early elections to hold a major election mass protests in Iraq over the US-led invasion that overthrew Saddam Hussein in 2003. The demonstrations fuel anger against corruption and widespread economic hardship.

Sader called on his main political rival, Hadi al-Amiri, whose union of Iran-backed militias is the second-largest political force in parliament to help push out Abdul Mahdi.

But in a secret meeting in Baghdad on Wednesday, Kasem Solemimani, the head of the Quds elite forces of the Iranian Revolutionary Guard, intervened. Solimani asked Amiri and his police leaders to continue to support Abdul Mahdi, according to five sources with knowledge of the meeting.

Amiri and Sadr's spokesmen could not be reached for comment. An Iranian security official confirmed that Solaymani was at the meeting on Wednesday, saying he was there to "give advice".

"(Iraqi) security is important to us and we have helped them in the past. The head of our Quds force regularly travels to Iraq and other regional states, especially when our allies ask us for help, "said an Iranian official not to be named.

Solimani, whose Quds forces coordinate Tehran-backed militias in Iraq, Syria and Lebanon, is a frequent visitor to Iraq. However, his direct intervention is the latest sign of Iran's growing influence in Iraq and across the region.

If Iraq goes further into crisis, Iran risks losing the influence it is steadily gaining in the country after invading the US, which it considers counteracting US influence in the region.

Despite maneuvering behind closed doors, the fate of Abdul Mahdi remains unclear. He took office a year ago as a compromise candidate between Amiri and Sadr, but faces a wave of protests that has swelled in recent days.

In the 16 years since the fall of Saddam, a Sunni Muslim, Shi'ite Iran has emerged as a key powerful broker in Iraqi politics with greater US influence in the Shiite majority country.

But this power-to-power battle has classified ordinary Iraqis as criticizing a political elite, which they believe is subordinate to one or both of Baghdad's two allies and pays more attention to these alliances than to the basic economic needs of Iraqis .

Despite their country's vast oil wealth, many Iraqis live in poverty or have limited access to clean water, electricity, basic health care and education. Most of the protesters are young people who primarily want a job.

The protests disrupted nearly two years of relative stability in Iraq. They spread from Baghdad through the mainly Shiite south and have encountered security difficulties that have killed more than 250 people.

Earlier this week, Amiri – who is one of Tehran's main allies in Iraq and leader of Badr's militia organization – is ready to support Abdul Mahdi's departure.

Late Tuesday night, Amiri issued a public statement, agreeing to "work with" Sader after the cleric called on him to help remove the prime minister.

The average meeting at first glance changes the course of events.

A Shiite militia commander loyal to Amiri – one of five sources Reuters talks about meeting – said he agreed that Abdul Mahdi should be given time to push for reforms to calm the streets.

Many militia leaders expressed concern at the meeting that the abduction of Abdul Mahdi could weaken the People's Mobilization Force, according to another source familiar with the meeting.

The PMF is an umbrella of mainly Shiite paramilitary groups, supported by Iran, who have influence in the Iraqi parliament and have allies in the government. They formally report to the Prime Minister, but have their own command structure outside the military.

After meeting with Solimani, Amiri changed Sadr's setting. He told Sadr that the release of Abdul Mahdi would lead to more chaos and a threat to stability, said a politician close to Sadr.

In response, Sadr said publicly that there would be more bloodshed without resignation and that he would not work with Amiri again.

"I will never enter into an alliance with you today," he said in a statement.