EXCLUSIVE British Raab: Some countries use vaccines as a geopolitical tool 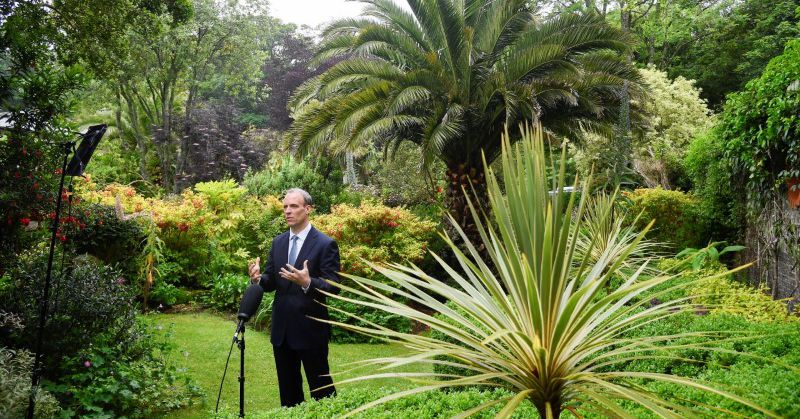 British Foreign Secretary Dominique Raab said on Friday that there was no doubt that some countries used vaccines as a diplomatic tool to gain influence, but Britain did not support so-called vaccine diplomacy.

Raab spoke to Reuters on the sidelines of the G7 summit in Cornwall, south-west England, which is likely to be dominated by Western attempts to regain influence as the world recovers from the COVID-1

Western diplomats fear that Russia and China are using their vaccines to gain influence around the world, especially in poorer countries that do not have their own production or means to buy photos on the international market.

Asked if he was concerned that China and Russia could use vaccines in exchange for influence, Raab said: “There is no doubt that something like this is happening and we do not support vaccine diplomacy, let alone extortion.

“We think we have a moral duty, but we also have a strong interest in vaccinating the world,” he said.

British Prime Minister Boris Johnson expects the G7 to agree to donate 1 billion doses of COVID-19 to poorer countries during its summit and to help inoculate the world by the end of next year.

Raab said the UK contribution would come without any links, with at least 80% distributed by the international vaccine initiative COVAX. The rest will be given to “strategically close countries in which we have concrete relations and no, we do not insist on conditionality,” he added.

The United States has promised to donate 500 million doses – which US President Biden has said will come without any connection. Read more

“We would only think that it is responsible to promote vaccines that the WHO has sanctioned as safe to spread,” Raab said.

“But it’s a team effort. And we want countries like China and Russia to come together to deal with the pandemic, but also with climate change, and to respect the basic principles of international law.”

China currently has two WHO-approved COVID-19 vaccines, while the shot developed by Russia is awaiting approval. Last week, Russia said it expected this approval in the next few months. Read more

Raab also said he would soon hold talks with Russian Foreign Minister Sergei Lavrov, without giving a specific date. He declined to comment on issues he would raise at the meeting.

Nevertheless, Raab criticized Russia as a leading hero of cyberattacks, calling on the G7 to take a united stand against all such incidents, whether carried out by state or non-state actors.

“These activities are contrary to international law, many of them are very harmful, some of them are done for the purpose of theft or for profit, others are done only to create chaos,” he said.

“We need to be aware as an international community that cyberattacks against hospitals, schools, critical national infrastructure – this is wrong. This is unjustified, this is beyond the pale.”

Asked about the recent forced landing of a civilian plane in Belarus, Raab said the country was slipping away “in pariah status”.

“We need Belarus to strengthen and fulfill the basic, fundamental, basic norms of international law,” he said.