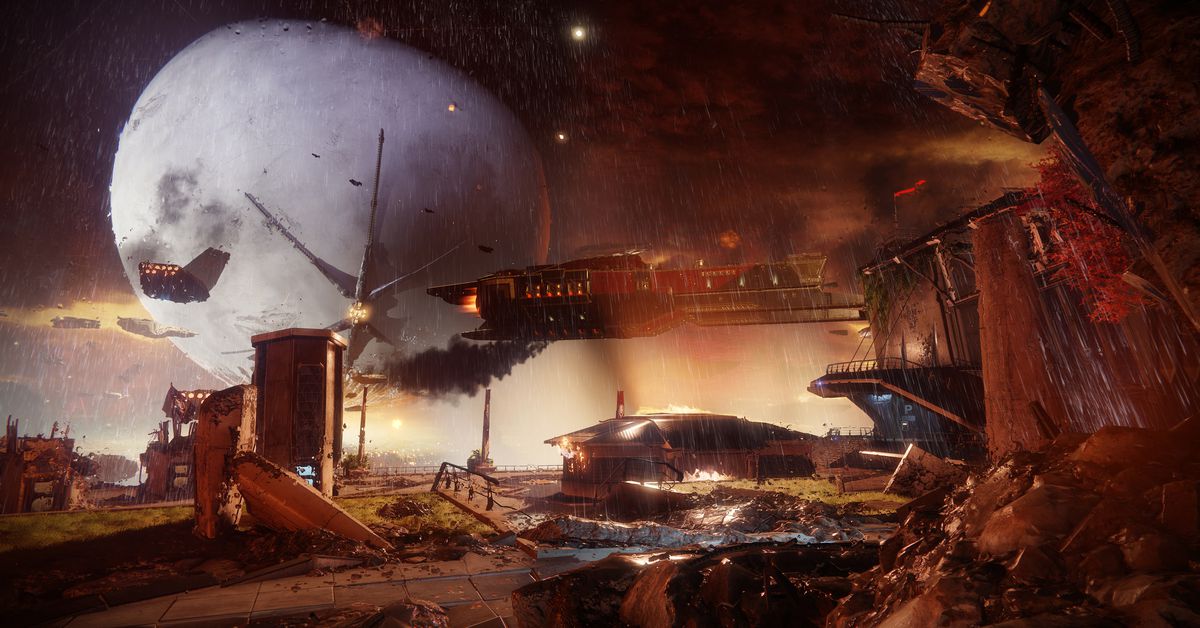 Only up to two weeks to Fate 2: Beyond the light and the beginning of the 4th year, Destiny fans are on the verge of waiting for new content. But over the weekend, players discovered some new, formal-looking art that suggests two twists and turns Beyond the light: a cured traveler and the return to the original location of the Tower.

During the Red War campaign at the start of Fate 2, the enemies of the Red Legion destroyed the Tower – the main social space in the original Fate – and captured the Traveler – the mysterious space machine that gives the Guardians their power. At the end of the campaign, the Traveler woke up, freeing himself, but breaking off a few pieces that had since circled around him in the sky.

Players also rebuilt a different tower in the Last City, with a completely new layout. And in addition to being hit by a spaceship earlier this year, the new tower has served the Guardians well ̵

1; although many, including me, still miss the opening of the original tower.

On Saturday, Destiny fans unveiled some official Bungie works from a trusted source: the PlayStation Store.

The image above is small and may seem quite boring to non-Destiny fans. But those with a sharp eye will notice two things. The Old Tower and the Traveler – both damaged during the Red War – now seem to be back to normal.

At first glance, this may be some kind of creative license to make art look a little cleaner, but this isn’t the first time Bungie has annoyed a cured Traveler. Bungie announced in early June Beyond the light and Destiny Content Vault, where the studio will remove obsolete content and return content from the original Fate. In this blog post we have a look at the game’s new in-game screen Beyond the light.

The image above – the new director from November 10 – shows a healed Traveler.

But the image of the current director shows what players have seen in the last three years: the damaged Passenger. This evidence suggests that players – directly or indirectly – will repair the Traveler in the 4th year.

There is significantly less evidence of a return to the old tower. In addition to the leaked photo, Destiny’s Dataminer suggests that something big is coming soon. In a deleted tweet, the Parisito streamer revealed some clues about an upcoming event in Fate 2. This happened shortly after a long period of maintenance in Fate 2which, according to the players, may be hiding the redesigned tower or some secret content. Before deleting the tweet, he mentioned some code names that players assumed matched areas in the old tower. Parisito will only comment “soon” when players ask for more details.

It is unclear if there will ever be anything from this complicated leak. But Bungie seems to be hiding something, and players have found a secret emblem called “Disaster Protocol” that comes from an “event at the end of the season.”

Something will happen just before launching Fate 2is the next expansion. And while a tower and a rebuilt passenger can certainly be restored, we probably won’t know for another two weeks. But Bungie will reveal his preliminariesBeyond the light ViDoc on Tuesday morning, probably showing the new art and a potential return to the Tower.