Explosion in Pakistan: At least 7 killed after blast at religious school in Peshawar 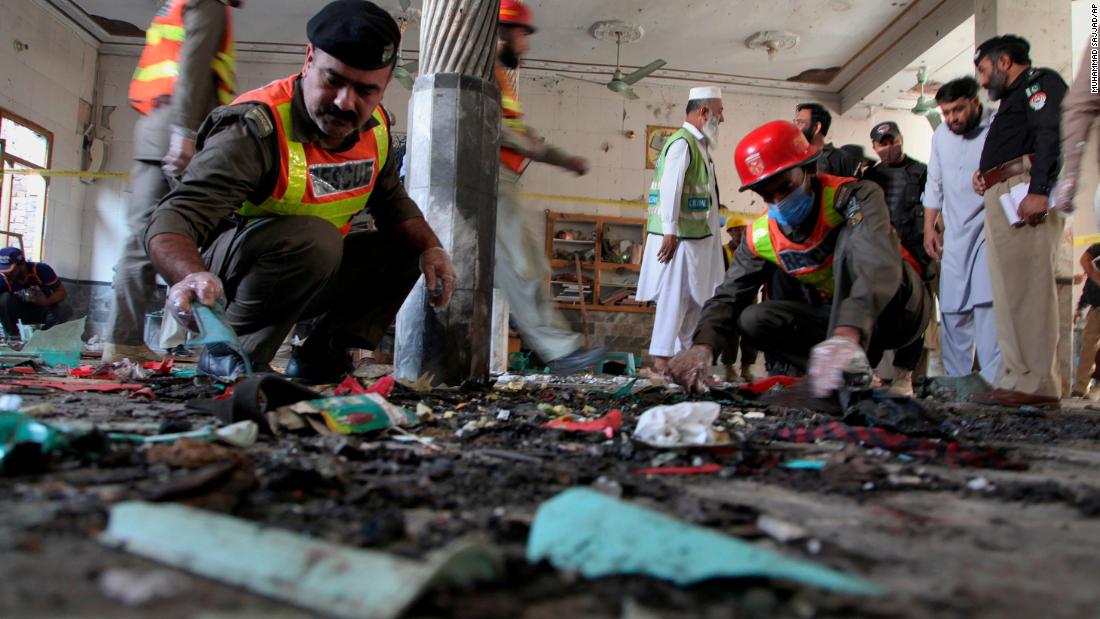 Lady Reading Hospital spokesman Mohammad Asim told CNN that there were children among the injured.

The school is located on the ring road of Peshawar, on the southern outskirts of the city.

Peshawar police chief Waqar Azim told CNN the blast occurred during the first lecture in the morning. Rescue services and a bomb disposal team are on site.

Peshar police chief Mohammad Ali Gandapur told CNN that the cause of the explosion was an IED with 5-6 kilograms of explosives used in an abandoned bag at the Zubayria Mosque religious seminary.

It is the deadliest attack on civilians this year since the shooting of the Pakistani stock exchange in Karachi in June.

On Twitter, Pakistani Prime Minister Imran Khan said he was “deeply saddened” by the news.

“My condolences go to the families of the victims and prayers for the early recovery of the wounded. I want to assure my nation that we will ensure that the terrorists responsible for this cowardly barbaric attack are brought to justice as soon as possible,” Hahn said.