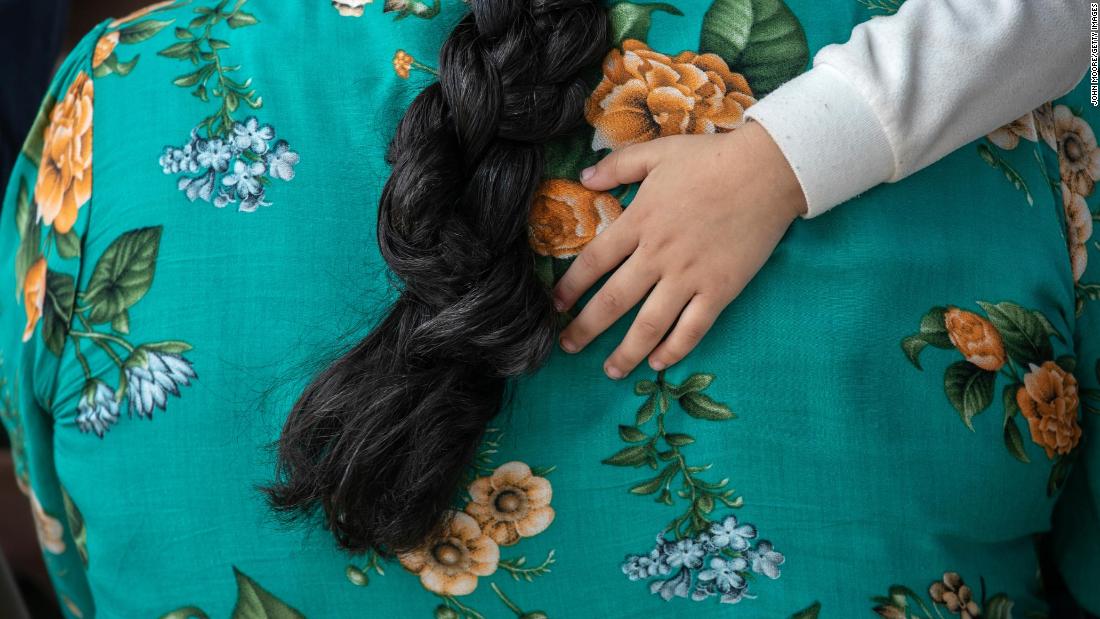 The documents include anecdotes of children allegedly blinded when separated from their parents after being apprehended at the southern border. One referral received from the Department of Homeland Security's Office for Civil Rights and Civil Liberties describes a 14-year-old who said he was separated from his father in May 2018 "after a meal break while in custody, and was told by officers that his father would be deported. "

In another, an 11-year-old said that he was "called by an officer and then did not see his father again." A 10-year-old with poor communication skills was allegedly separated from his mother in June 2018.

Taken together, the documents provide a rare glimpse into how one part of the Trump administration ̵

1; the Department of Health and Human The Department of Homeland Security – during a tumultuous time that eventually resulted in the separation of thousands of families apprehended at the southern border.

The HHS 'Office of Refugee Resettlement, which is charged with the care of unaccompanied migrant children, has been instructed to submit significant incident reports on alleged cases of family separation once the agency began to see an uptick in cases, according to the agency. 19659005] The refugee agency was unaware of the "zero tolerance" separation policy prior to its public announcement in April 2018, and the reports were filed as incidents of abuse in custody of Homeland Security and sent to DHS 'Office of Civil Rights and Civil Liberties, an agency official said. The zero tolerance policy was officially implemented in May and ended in June after a public outcry.

A separation would typically occur under the pretense that there was a significant incident with a family member, such as abuse or neglect, incident report.

The procedure continued during zero tolerance. The civil rights office receives regular referrals from the refugee office on any complaint that might have resulted from any process within Homeland Security, the refugee official said.

The DHS 'civil rights office, which received the referrals, reviews and investigates civil rights and civil liberties complaints filed by the public "regarding the department's policies and activities.

Of the 850 referrals to the civil rights office of family separation between January 2018 and June 2018, overwhelming majority are from the HHS 'Office of Refugee Resettlement. Others are from immigrant advocacy groups.

Twelve children who were 1-year-old or younger were allegedly separated between December 2017 and May 2018, according to the documents.

More than 100 referrals have been sent to DHS 'civil rights office before the announcement of the controversial policy, according to the documents. Some cite criminal history or prior immigration violations of the parents or guardians.

There is a long-standing policy that allows immigration officials to separate a child from a parent if there are concerns for child's welfare.

Other referrals included in the documents are hazier. In February 2018, for example, the Office of Civil Rights and Civil Liberties received email correspondence from an individual on behalf of a 13-year-old who was also allegedly separated from his mother in December 2017, although the basis for the separation was unclear .

House Judiciary Committee Chairman Jerry Nadler cited the documents detailing alleged family separations that were obtained by the committee during a panel hearing.

"These documents are startling," he said.

"Even more surprising, the 12 children under the age of 1, nine of those separations occurred before the Trump administration enacted the zero tolerance policy. separation has happened without warning and without giving the children the chance to say goodbye to their families. Many have not been told where their families were being taken, "the New York Democrat add

The referrals do not explain how a case was resolved.

Administration watchdog reports have identified numerous problems in how agencies have been monitoring and handling family separations.

In the summer of 2017, the Office of Refugee Resettlement staff noted a spike in the proportion of separated children relative to other unaccompanied children, according to a Health and Human Services inspector general report released in January.

Staff at the refugee agency has developed mechanisms to track separations due to operational concerns, according to the report. Younger children, for example, require placement in specially licensed facilities.

Homeland Security has previously said that separations continue to take place in cases where parents have a criminal history or medical concerns. "In some cases, DHS has provided HHS with limited information on the reasons for these separations," said Ann Maxwell, , Assistant Inspector General for Assessment and Inspections, in January.

"More children over a longer period of time were separated by immigration authorities and were referred to HHS for care than is commonly discussed in public debate," Maxwell said. "How many more children were separated is unknown."
Last October, a Homeland Security inspector general report also found that the department was "not fully prepared" for the roll-out of the Trump administration's "zero tolerance" policy at US- Mexico border and that it provided "inconsistent information," which led some parents to not understand that they would be separated from their children and unable to communicate with them.

Court orders in an ongoing lawsuit over family separations have forced officials to identify and reunify the majority of those separated.

During a House Oversight Committee hearing last week, Acting Homeland Security Secretary Kevin McAleenan said he would "go back and redo" the zero-tolerance policy if he could, saying the policy played a role in the department losing the public's trust.

McAleenan also said less than 1,000 children have been separated from their parents at the southern border this fiscal year. The department has also warned of individuals posing as families to gain entry into the US.