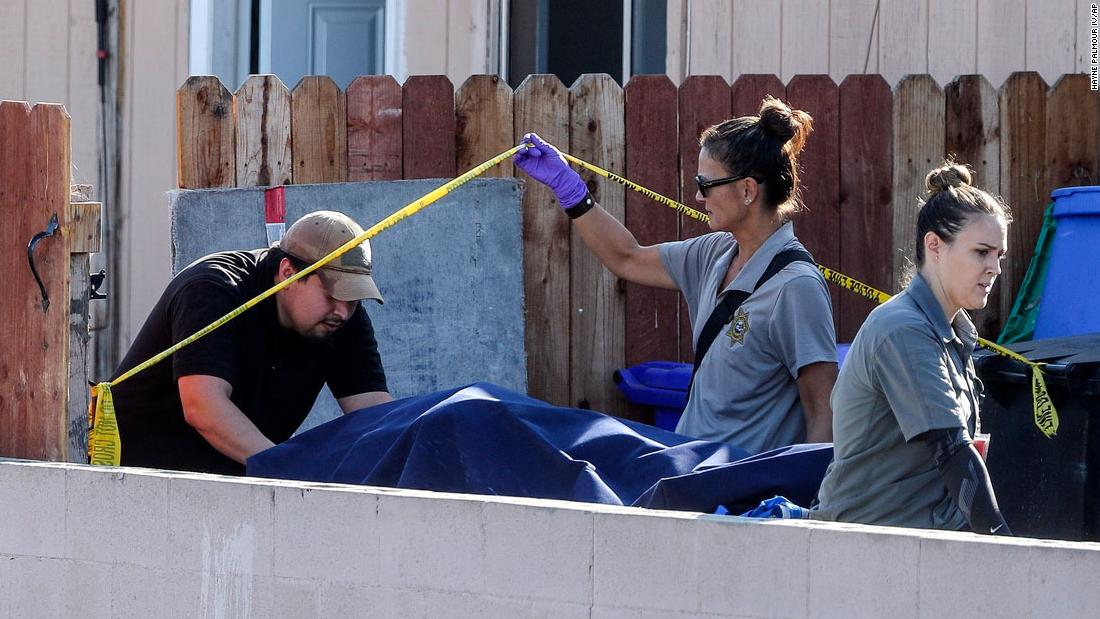 The incident is a "tragic case of domestic violence, homicide by suicide," said Lt. Matt Dobbs of the San Diego Homicide Unit.

One of the victims, a 29-year-old mother, received a warrant Friday, said Dobbs. Police do not know if the restraining order was executed, but Dobbs said the suspected shooter may have been aware.

"We believe the man came this morning, there was some disagreement and he used a gun and shot his family before turning the gun on himself," Dobbs said.

The first call comes to police at 6:49 a.m. When a dispatcher hears disputes and someone is asked to leave, Dobbs said. As police head to the scene, a relative next door called the police and said they heard arguments and what sounded like a nail gun.

After the police arrived, he knocked on the door and received no answer. They looked out the window and saw a child on the ground covered in blood. They broke through the window and found "several people down" suffering from visible gunshot wounds, Dobbs said.

-year-old man and a 3-year-old boy were found dead at the scene, Dobbs said. Three other boys, ages 5, 9 and 11, were taken to the hospital. Two of these boys have died and the other is in critical condition undergoing emergency surgery, although it is unclear which of them survived, Dobbs said.

"These are the hardest calls"

The dead man and woman are the parents of the children, authorities said. The mother lived in Grandma's apartment – a small addition to the main residence – with the children, Dobbs said.

"These are the most difficult calls we can answer," said Police Chief David Nisleit. "This strongly affects our officers," some of whom brought the children to the ambulance while having children themselves.

For those experiencing domestic violence, Nisleit recommended using the resources that law enforcement provides for victims.