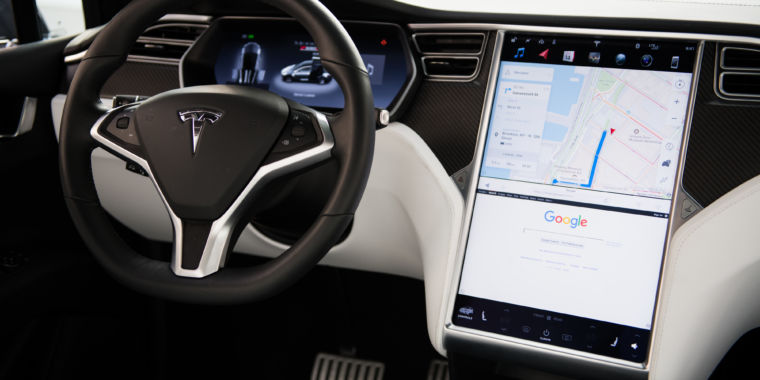 The National Transportation Safety Board, a federal agency tasked with investigating transportation crashes, published a preliminary report Tuesday about a January 2018 crash in Culver City, California. For the most part, the report confirmed what we already knew about the incident: a Tesla Model S with Autopilot engaged crashed into a fire truck at 31

miles per hour. Thank you, but one was seriously injured.

But near the end of its report, NTSB called Tesla out for failing to respond to a 2017 recommendation to improve its driver monitoring system.

Tesla's cars measure driver engagement by using a torque sensor to check if the driver's hands are on the steering wheel. The NTSB criticized this approach in its 2017 report. The Culver City crash illustrates the point: before the crash, Autopilot issued four visual alerts and one audio alert over the course of a 13-minute trip. Yet the driver admitted he did not see the firetruck.

Tesla says it has made significant improvements to its system since then.

"Since this incident occurred, we have made updates to our system including adjusting the time intervals between hands-on warnings and conditions under which they're activated, "a Tesla spokeswoman said in an email statement to Ars Technica. She touted Tesla's overall safety record and said that "Autopilot repeatedly reminds drivers of their responsibility to remain attentive and prohibits the use of Autopilot when warnings are ignored."

Yet the NTSB says it's still waiting for Tesla to explain its current technology and how it will improve over time. According to the agency, other carmakers have submitted responses to the agency describing their plans in this area. But Not Tesla.

The NTSB's job is to investigate crashes, not write regulations. So snubbing the NTSB may not have any immediate consequences for Tesla. Still, the NTSB's pointed criticism will increase pressure on Tesla to rethink its approach to driver monitoring. The agency notes that it is still investigating two recent fatal crashes involving Autopilot — one in California in March 2018 and another in Florida in March 2019.

After Tesla's first fatal crash involving Autopilot in 2016, the NTSB recommended that carmakers improve the way Autopilot monitors drivers to make sure they pay attention to the road. The NTSB suggested that Tesla's torque-based approach was not up to the job.

"Because driving is an inherently visual task, and the driver might touch the steering wheel without assessing the roadway, traffic conditions, or vehicle performance," the agency wrote in 2017. As a result, "monitoring steering wheel torque provides poor surrogate means of determining the driver's degree of engagement with the driving task."

In its 2017 report on the deadly 2016 Autopilot crash, the NTSB recommended that Tesla and other automakers with similar driver-assistance systems "develop applications to more effectively sense the driver's level of engagement."

The NTSB did not endorse any particular technology for doing this, but one approach that has been gaining popularity in the industry is to use a camera to monitor the driver's face and determine where the driver is looking. If the driver's eyes are off the road for more than a few seconds, the car warns the driver and eventually brings the car to a stop. Cadillac's Super Cruise, for example, takes this approach.

"All manufacturers except Tesla has responded to the NTSB explaining their current systems and their efforts to reduce misuse and keep drivers engaged, including consideration for improving driver monitoring techniques, "the agency writes. In contrast, the agency says it's still waiting for a response from Tesla.