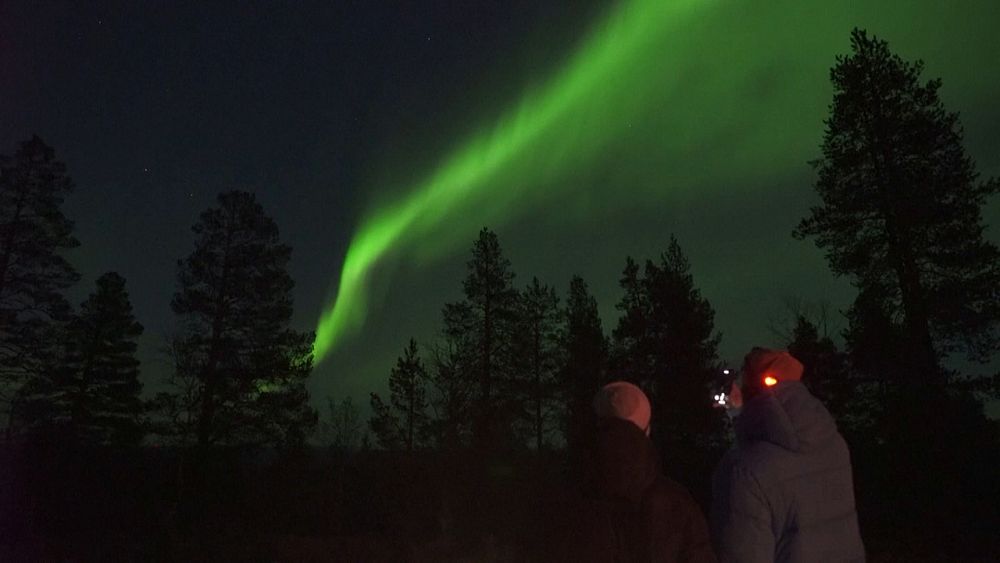 Striking green, purple and white, aurora displays lit up the night sky over Finnish Lapland from Friday to Saturday (September 27-28). The phenomenon is the result of collisions between electrically charged particles from the sun that enter the earth's atmosphere.

Travel magazine "All About Lapland" by Alexander Kuznetsov, who filmed the light show, said the northern lights were visible after sunset on Friday and quickly reached storm level, blazing all over the sky.