Firefighters are fighting on Mount Kilimanjaro, seen for miles 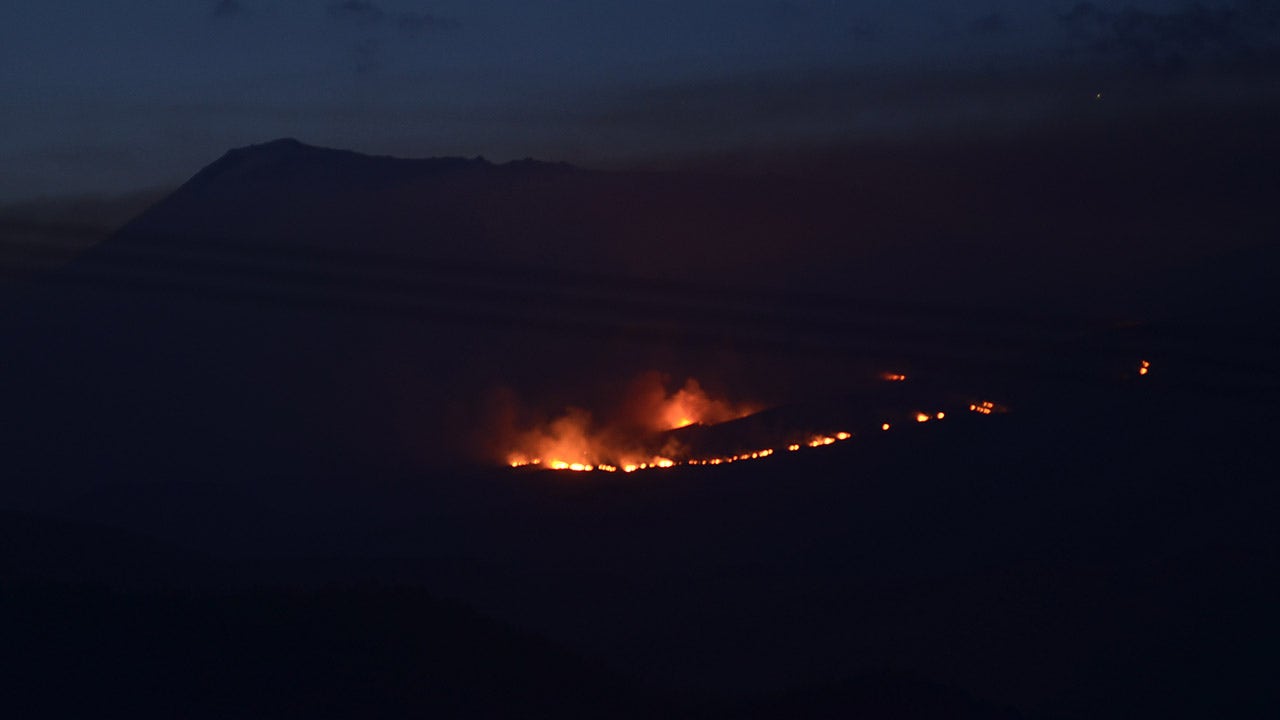 Firefighters in Tanzania are working to contain a fire that broke out on Sunday on the slopes of Mount Kilimanjaro, Africa’s highest mountain, officials said Monday.

Tanzania’s National Park Authority (TANAPA) shared an image of the fire on Twitter.

“The fire is still ongoing and firefighters from TANAPA, other government agencies and locals are continuing their efforts to contain it,” TANAPA employee Pascal Shelutete told Reuters.

The fire started in a tourist recreation area called Whona, a statement posted on Twitter by Shelutete said.

A fire broke out on Mount Kilimanjaro on Sunday. Rescue services are working to put out the fire on Africa’s highest mountain. (Photo by Thomas Becker / photo union via Getty Images)

The flames were spotted about 19 miles away in the town of Moshi, known as the gateway to Kilimanjaro National Park, Sky News reported, citing local media.

It was not immediately clear how the fire started.