First look at House of the Dead: Remake on Switch, stylized and ghostly reboot 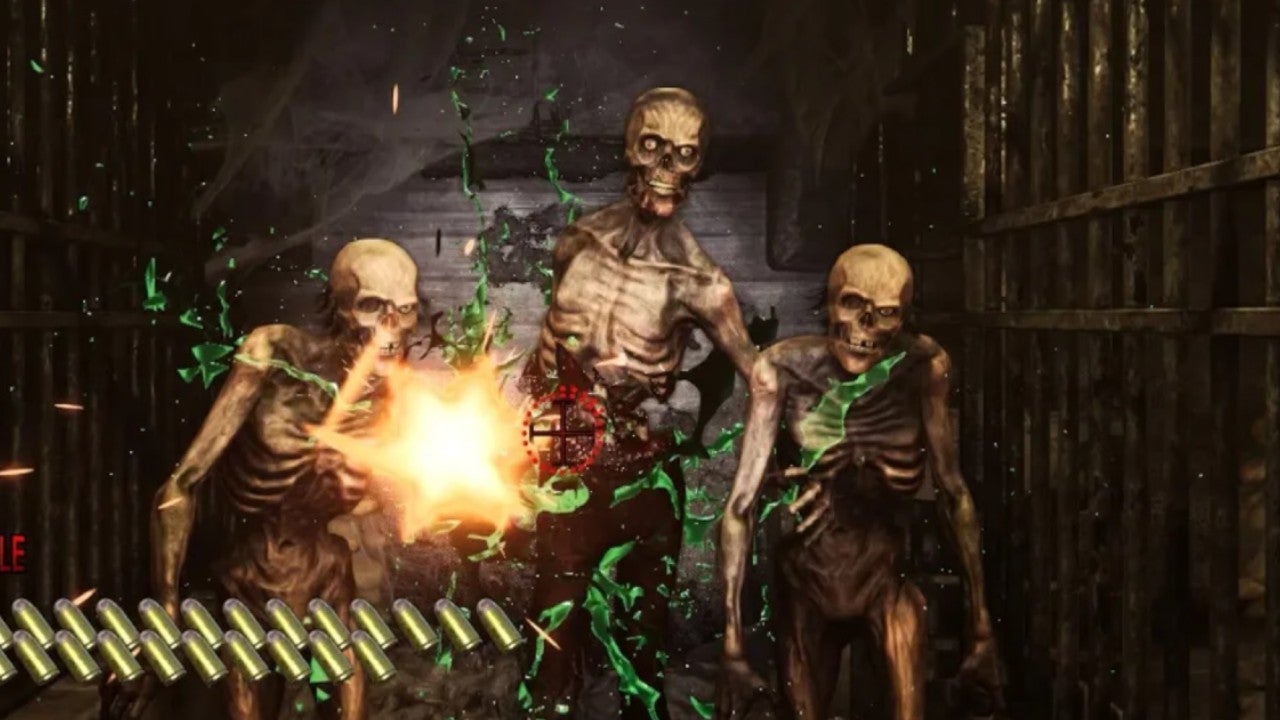 The House of the Dead: Remake, an updated version of the classic 1996 arcade shooter on rails, comes in the Nintendo Switch.

Announced as part of Nintendo’s independent showcase on Wednesday, The House of the Dead Remake promises updated graphics, updated controls, multiple endings and the ability to play alone or with two players. The description of the trailer also includes mentions of “new entourage and changes in the game”, so it is possible to see new characters to replace the old lineup.

However, Dr. Curien, the antagonist of the first game, appears at the end of the trailer, so at least one familiar face returns. The remake is being developed by MegaPixel Studios, the team behind the remake of Panzer Dragoon.

See the screenshots below.

The House of the Dead Remake – Images of the Nintendo Switch

The trailer briefly shows a recreated version of the opening corner, as well as what appears to be the main entrance of the titular house, suitably surrounded by the undead. We also get a quick look at some indoor spaces, such as a lab, as well as some large greenhouse.

The original House of the Dead was released in 1996 by Sega, using a light weapon accessory to allow players to make their way through the undead. The original game spawned five more main sequels, as well as numerous spinoffs, such as the well-reviewed Typing of the Dead and the much less well-watched Uwe Ball film.

House of the Dead Remake is set to launch on the Nintendo Switch sometime in 2021. MegaPixels has yet to say anything about other platforms or whether peripherals will be used.

Be sure to check out everything on Nintendo’s Indie World Showcase if you’re in the mood for some indie gems.

Joseph Knoop is the screenwriter / producer of IGN. Keep the fire burning with him on Twitter.