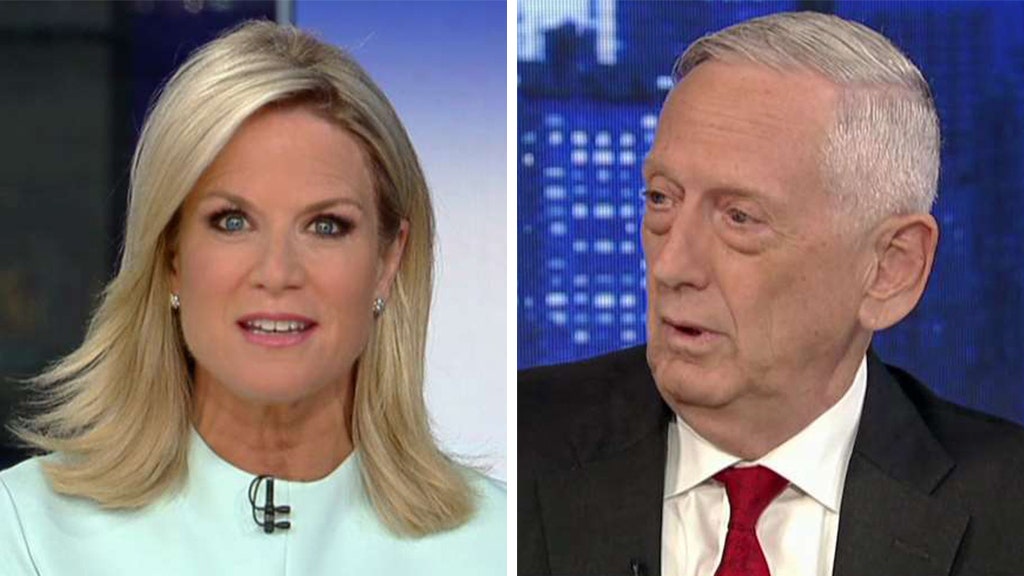 Former Secretary of Defense Jim Mattis appeared on "The Story with Martha MacCallum" Tuesday and discussed his experience serving in both the Obama and Trump administrations.

Mattis, who served as a CENTCOM commander during the Obama administration, spoke to MacCallum about his dispute with then-Vice President Joe Biden about pulling US troops out of Iraq in 2011.

"I think the administration had made up its mind that we were coming out," Mattis told host Martha MacCallum. "They believed the enemy was beaten down far enough that they could not rise again, despite what the intelligence community was quite adamant about – that they would rise again," Mattis said.

MacCallum asked Mattis what he thought of Biden , the current Democratic presidential frontrunner.

MATTIS: RELATIONSHIP WITH TRUMP 'NOT TENSE'

"I've got a lot of time for anyone who wants to come in and serve the country," Mattis said. "I mean, it starts off from a position of respect."

"I had a policy disagreement. It was based on a military assessment that we owed him, I thought," he added. "And when we gave it to him I still respected our system of government, its civilian control [over] the decisions to go to war or not to go to war, to stay in a war or to pull out of a war. It's got to be that way. "

"It's deeply frustrating when you see something like play out the way we've been warned it would play out, "he said. "And when we send the troops back in and look at the refugees, the millions of refugees, look at the hundreds of thousands of dead and wounded and there is a sense of tomorrow and frustration."

Mattis declined to speak specifically but warned about terrorism and the importance of allies.

"I would say that you and I are going to have to use terrorism as an ambient threat. It's going to be around us and we can't just wish it away," Mattis said. "So in order to deal with this ambient threat, we're going to need all the allies we can get."