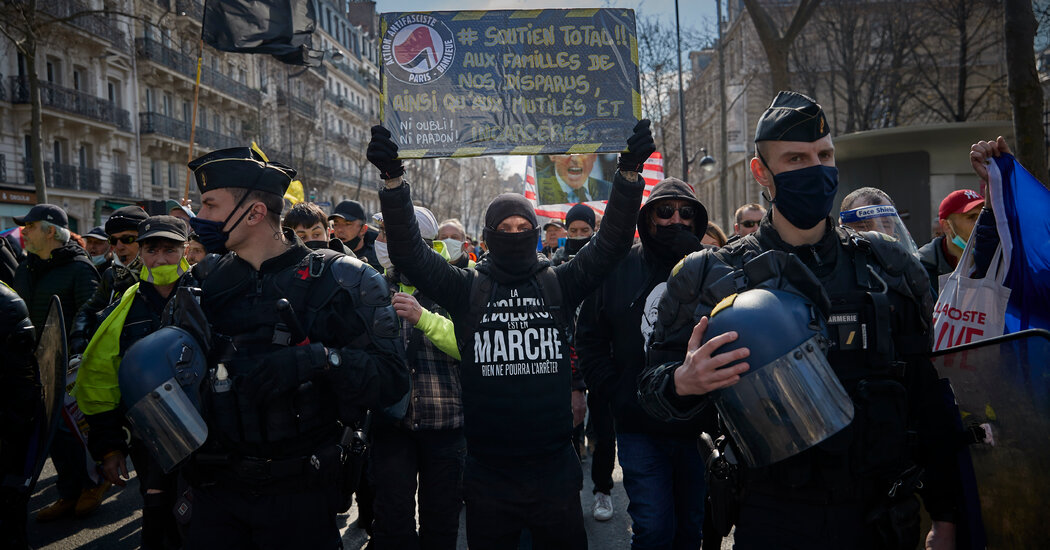 PARIS – The French parliament on Thursday passed a controversial security bill that expands police powers, despite criticism from political opponents and civil rights activists who have vowed to challenge the law before France’s Constitutional Council.

Among other measures, the bill expands the powers of municipal police forces, expands police capabilities to use drones for public surveillance of citizens and tightens sentences for people convicted of assaulting officers. One of the most heavily discussed measures criminalizes the act of helping to identify employees with the intention of harming them.

President Emmanuel Macron’s government says the bill provides the necessary impetus for combat police forces and protects them from increasingly violent protests and malicious attempts to identify them or their families, both outside and online.

But critics – including French journalists ‘unions, civil liberties groups and the authorities’ human rights ombudsman – say the legislation is too broad.

“In the hands of an authoritarian government, such a law will become a dangerous weapon for monitoring and repressing the population,” Cecil Kudrew, head of Amnesty International France, said in a statement this week.

The bill received 75 votes in favor and 33 against in the National Assembly, the lower house of France’s parliament, where Mr Macron’s party has a majority.

It is expected to be reviewed in the coming weeks by the Constitutional Council, which is reviewing the legislation to ensure that it is in line with the French constitution and can repeal parts of the bill.

Opposition to the bill sparked major protests last fall and was fueled by several high-profile cases of police brutality, especially the beating of a black music producer in Paris, which was filmed by a security camera in November.

While the protests put pressure on the government to rewrite a provision for sharing images with police, it refused to heed calls from opponents to repeal the entire bill.

Image sharing is not explicitly mentioned in the final version of the bill passed on Thursday. However, in its Article 24, the bill criminalizes the act of helping to identify the police officers on duty with the “obvious intention” to harm them physically or psychologically. Offenders would receive up to five years in prison and a fine of 75,000 euros, about $ 89,800.

Gerald Darmanin, the interior minister who backed the bill, told lawmakers on Thursday that it would be a “shame” for France if it failed to prevent people with malicious intent from disseminating publicly identifying information or photos of security forces.

“Police officers and gendarmes are children of the republic and they must be protected because they protect us every day,” Mr Darmanin said.

To support his argument, Mr Darmanin mentioned an incident in the Seine-Saint-Denis, a northern suburb of Paris, where photos of local officers were taken from their social media accounts, printed and posted on buildings that the minister identified as stains for drug trafficking, calling it an act of intimidation.

“While some moralizers are seeking to dismantle the security bill, and especially Article 24, over and over again, the police are suffering the consequences,” a statement from the Unité police union said after the photos were found.

But the bill also comes amid growing and intense debates about police brutality and racism in France, after years of controversy over deadly or brutal police interventions.

In the last few months, six NGOs have taken rare legal steps to force a major overhaul of the country’s police, and Mr Macron’s government has launched an online platform to consult citizens on discrimination issues.

Opponents of the security bill say it lacks adequate safeguards, such as against police drones that violate people’s privacy. They also argue that the provision aimed at preventing the malicious identification of police officers is still too open to interpretation and that it could stifle attempts to register or document police brutality, including by journalists.

Alexis Corbier, an MP from France’s far-left Unbowed party, which opposed the bill, told the National Assembly on Thursday that the bill had done nothing to “reform basic trust between citizens and their police”.

“This casts doubt on the role of the police,” Mr Corbier said. “It is noteworthy that this vital public service cannot be subjected to any civil criticism.”

Option B.1.617 is already in 44 countries. We still don’t know what this means for the global pandemic